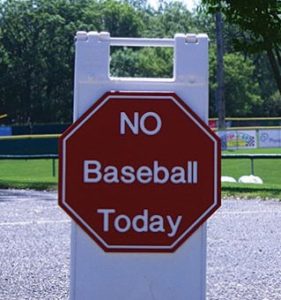 This is for you, Georgia

As The Hill newspaper reports, corporations and business executives are growing louder in their condemnation of a sweeping rollback of voting rights in Georgia that was signed into law by Republican Gov. Brian Kemp in March:

Georgia lawmakers are on defense as prominent companies and business executives have come out in opposition to legislation signed into law by Gov. Brian Kemp (R) that has been criticized as an effort to stifle minority voters.

Georgia-based Coca-Cola and Delta on Wednesday joined a growing number of corporations this week criticizing the omnibus bill, S.B. 202.

Coca-Cola CEO James Quincey called the new measures “unacceptable” and “a step backwards,” while Delta CEO Ed Bastian said the bill “includes provisions that will make it harder for many underrepresented voters, particularly Black voters, to exercise their constitutional right to elect their representatives.”

Major League Baseball announced today that it will move the 2021 All-Star Game out of Atlanta in protest of the draconian voter restrictions passed by the Georgia legislature, which include making it illegal to distribute food or water to people standing in line at polling places. Losing the All-Star game will cost Georgia tens of millions of dollars in economic impact from tourism and other events related to the mid-summer classic.

Republicans across the country have been trying to make it harder to vote in various states — including Colorado — as a response to losing the 2020 Presidential election. Many of these Republicans insist that voting reforms are necessary in order to “restore public faith in elections” — which is a ridiculous canard based on their own lies about nonexistent 2020 voter fraud.

Georgia Republicans are thus far digging in against criticism of their voter suppression efforts, but corporate blowback in this state should help Democrats in the U.S. Senate as they work to pass nationwide voter protections included in the “For the People Act.”