Colorado Is The Wrong Battlefield For Fake Election Integrity 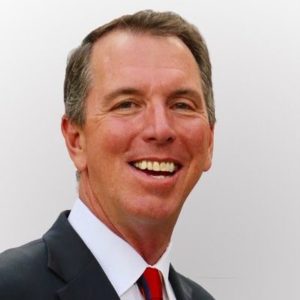 As the Denver Post’s Saja Hindi reports, tomorrow will mark the birth and in all likelihood death of Senate Bill 21-007, “concerning measures to promote public confidence in the validity of elections.” This is a bill we discussed last week from GOP Sen. Paul Lundeen to significantly restrict mail-in voting in Colorado, one of several Republican bills this year intended to monkeywrench Colorado’s highly successful and proven-secure election system:

Lundeen is sponsoring the election validity bill, which would repeal automatic mail ballots and not count ballots received after Election Day (such as absentee ballots from overseas). He recognizes that it could have many revisions, saying, sometimes, “you have to be clever to get a conversation started.”

“Good should never be the enemy of great, and I think we’ve got people that have settled into this spot where they were pretty doggone good — a lot of people look to Colorado,” he said. “I agree, a lot of people do. Does that mean we should be resting on our laurels? No.”

ACLU Colorado Public Policy Director Denise Maes said the GOP bill sponsors are playing to a base that “wants to pretend that our election was somehow fraudulent.” [Pols emphasis]

The Colorado Sun tried to get an explanation for why this bill was necessary, or even in any way beneficial to voters, clerks, or other election stakeholders from Sen. Lundeen, but Lundeen is playing coy:

Lundeen declined to discuss specifics of the proposal or explain why his bill seeks to limit a mail voting system that has been in place for several years. Instead, he said the purpose of his bill was “to start a conversation.”

Senate Majority Leader Steve Fenberg, a Boulder Democrat who has long worked on election and voter-access issues, called the slate of legislation a political move by Republicans.

“My sense is, they know it’s bad policy, and they know it’s not going to pass, but it’s a statement,” Fenberg said, adding that the conversation that Lundeen wants to initiate is “perpetuating a lie.” [Pols emphasis]

Westword’s Casey Van Divier adds some important context to this GOP solution in search of a problem: a nationwide push for election law reforms good and bad–and on balance, as it turns out mostly good–in state legislatures across the nation in response to problems identified in the 2020 elections:

The Brennan Center for Justice at New York University has been tracking all election-reform bills that have been introduced, pre-filed or carried over by state legislatures so far in 2021. Its latest report, dated February 8, notes that 706 election-reform bills have been proposed by legislators in forty states. Of those, 165 are what the center calls “restrictive bills” that, like Lundeen’s, seek to bolster election confidence by increasing restrictions throughout the voting process. Meanwhile, lawmakers have also introduced 541 “expansive bills” designed to reduce barriers to voter access.

In a state that pioneered the all mail-ballot election system which proved to be a model for carrying out safe and secure elections during a public health emergency, and which innumerable audits, studies, and even partisan confirmation-biased investigations have determined there is no problem to solve, plowing ahead with these bills to undo these reforms is a major political blunder. The only “fraud” Lundeen is exposing with these bills is a fraudulent push by Republicans to restrict access to the vote on false pretenses.

The fate of Lundeen’s Senate Bill 007, along with the other GOP bills to require citizenship verification and “audit” voter rolls annually, is all but certain in the Democratic-controlled Colorado General Assembly. But it’s still remarkable to see Republicans in the minority pushing bills that are both discredited by Colorado’s own experience and clinging to the equally discredited fiction that the 2020 election was stolen from Donald Trump.

Introducing these bills in Colorado only invites more questions about the Big Lie that underpins them.