Hell Yes, Colorado Will Take The All Star Game

Major League Baseball is expected to announce that Coors Field will host this year’s All-Star Game on July 13. Law enforcement sources told FOX31 they will work the game in Denver. The Associated Press also has sources reporting the move.

Altitude TV’s Vic Lombardi first broke the news, tweeting that he had multiple sources telling him the game will be hosted at the home of the Rockies. 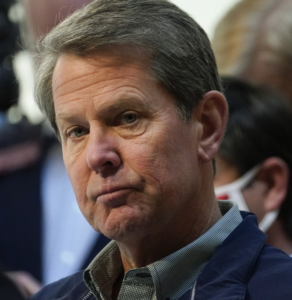 Following up on Friday’s big news that Major League Baseball is pulling this year’s All Star Game out of Atlanta, Georgia in response to that state’s passage of highly controversial vote suppression laws, the Denver Post’s Patrick Saunders reports that Colorado Gov. Jared Polis and Denver Mayor Michael Hancock are excited at the prospect of landing the event here:

“The Governor knows that Colorado is the best home for the All-Star Game, especially because Colorado also has strong laws that enable voters to cast their legal ballots any way they choose including through mail or in person,” Wieman said. “The Governor will be burning up the phones the next few days to see if there is an opening to bring the All-Star game to Denver.”

Mayor Michael Hancock would also welcome the chance for the event to come to LoDo, said Theresa Marchetta, director of strategic communications and media policy for Denver’s mayor.

At this point, Colorado hosting Major League Baseball’s All-Star Game is all speculation. In fact, there are reports out there that Milwaukee, Chicago and Kansas City are the front runners due to their ties with Hank Aaron.

However, according to The Athletic, top industry officials pointed to the home of the Rockies as a possible site for the game and festivities.

Moving the 2021 All Star Game from Atlanta to Denver would be a strong statement politically, directly addressing the issue that prompted the move away from Georgia. As our readers know, Colorado has one of the highest rates of voter participation in the country, with an election system considered the “gold standard” for accessibility and security. Basically every falsehood that Donald Trump and Georgia Republicans relied on to second-guess the 2020 election results with is debunked by Colorado’s experience, a fact which not even local Republicans can refute despite their regular hackneyed attempts to do so.

So Colorado’s got that going for us, and we think it’s a solid argument.

And if you really want to have some fun, turn off the humidor.