Top Ten Stories of 2020 #8: The Trouble With Andrew Romanoff 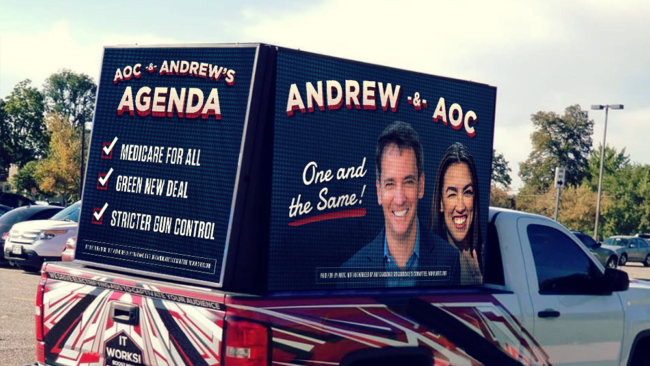 Republicans wanted to run against Andrew Romanoff. They didn’t get him.

Now-defeated Sen. Cory Gardner came into 2020 as the nation’s most vulnerable incumbent Republican U.S. Senator up for re-election. Running in a state that has steadily shifted leftward politically since Gardner’s narrow election in 2014, and with Gardner having lashed himself to an unpopular President Donald Trump to preserve his GOP base, Republicans were desperate for any edge to keep Gardner viable.

Through the June 30th primary, Republicans shamelessly exploited someone they thought could give them the edge they so desperately needed–Democratic primary candidate Andrew Romanoff. Romanoff, who served as Speaker of the Colorado House over a decade ago, had lost an unusually bitter Democratic primary against Sen. Michael Bennet in 2010, then ran with full Democratic support in a marquee race against GOP Rep. Mike Coffman in 2014 and lost again. Romanoff’s entry into the 2020 Democratic Senate pack in February of 2019 nonetheless made him the best-known contender at that time against a pack of relatively unknown minor candidates.

But Romanoff was in no position to dominate. When former Gov. John Hickenlooper decided to end his longshot presidential campaign and run against Cory Gardner in 2020, he brought resources and campaign experience to the Senate race that Romanoff simply had no access to. Hickenlooper went on to dominate the primary campaign, outclassing Romanoff by every conceivable metric and blowing out Romanoff by over 17 points on June 30th.

Romanoff’s campaign message against Hickenlooper was shrilly negative from the very beginning, regularly drawing criticism for unfair and downright unethical attacks–and that negativity was eagerly promoted by the National Republican Senatorial Committee (NRSC) for the express purpose of undermining Hickenlooper in the primary. Republicans made no attempt to conceal their preference for Romanoff as the opponent to Gardner in the general election, and their ad campaign to connect Romanoff with left-wing icon Rep. Alexandria Ocasio Cortez in voters’ minds was very plainly intended to boost Romanoff in the Democratic primary at Hickenlooper’s expense.

The results of the primary prove Colorado Democratic primary voters saw through what was happening. For one thing, Romanoff’s long record on issues from immigration to climate change to health care revealed he had taken both sides on all of these issues depending on what was politically expedient at the time. Romanoff backed single-payer health care against Bennet in 2010, then swore it off against Coffman in 2014 before declaring it a defining issue in his fight against Hickenlooper–after Hickenlooper’s implementation of the Affordable Care Act drove the rate of uninsured in Colorado to record lows. Immigration reform activists hammered Romanoff for his willful role in a 2006 special session of the Colorado legislature that passed gratuitous and harmful anti-immigrant legislation that was literally repealed with Gov. Hickenlooper’s signature years later.

Romanoff’s strategy to position himself as the “progressive champion” and align himself with the presidential campaign of Sen. Bernie Sanders–who never gave Romanoff the endorsement Romanoff had hoped for–didn’t work in the primary, and we’re confident would have underperformed in the general election relative to Hickenlooper’s margin of victory. It didn’t work because Romanoff’s record did not validate his message. It didn’t work because although Sanders won the state’s separate presidential primary on Super Tuesday, by June 30th the mood had shifted among base Democrats from “Our Revolution” to building a broad enough coalition in a deeply divided, crisis-wracked nation to defeat the Republican Party.

The wisdom of the decision by Colorado Democrats to overwhelmingly nominate Hickenlooper in the 2020 U.S. Senate race was borne out when Republicans proved totally unable to pivot from their scripted message attacking “socialism” after a candidate who had alienated Democratic voters in the presidential primary by dissing socialism won the primary. Republicans faced the same problem with Joe Biden, one of the more moderate presidential candidates like Hickenlooper. In both cases, voters knew these were not the scary communist boogeymen they were being portrayed as by Republicans, and it hurt Republican credibility to just continue shouting the same words long after they stopped being rationally applicable.

Republicans in Colorado wanted to run against Bernie Sanders and Andrew Romanoff. They got Joe Biden and John Hickenlooper, but they never updated their message. In an election that once again defied the prognosticators, trust and experience won out over bombast in both directions.

As for Andrew Romanoff, best of luck in his future endeavors. Romanoff is a smart guy with plenty to offer the world, just not as a U.S. Senator.