The Colorado Sun’s Jesse Paul and Jennifer Brown reported this week on the expanding probe into sexual abuse committed by Roman Catholic priests in Colorado over the course of many decades. Attorney General Phil Weiser released a report in October finding that at least 166 children were abused by at least 19 ordained Catholic priests, and announced a process for theoretically unlimited reparations to be paid by the Church to victims:

Former Colorado Attorney General Cynthia Coffman says she would have preferred a criminal investigation of child sex abuse in the state’s three Catholic dioceses and that she talked to former Gov. John Hickenlooper about the prospect of launching one…

“As the AG herself has said, she did not make that recommendation to the governor,” Melissa Miller, a Hickenlooper spokeswoman, said in the statement.

Hickenlooper, however, endorsed efforts to continue digging into the church. “It’s clear that further investigation is needed so we can hold accountable both perpetrators and those who covered for them,” Miller said. 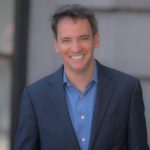 The tragedy of widespread abuse of children by priests has rocked the Catholic Church globally, and almost everywhere the Church has a presence it has been necessary to reckon with this ugly history–and its longtime concealment from the public and authorities by the Church acting out of self-preservation first, and concern of victims secondarily at best. These allegations have been in the public consciousness for many years, and the grinding pace of justice for the victims is unfortunate but certainly not unique to Colorado’s cases.

Ordinarily this is not a subject we would have occasion to write about in this space, other than perhaps to approvingly note AG Weiser’s role in moving the process toward disclosure and reparations to victims. But we were shocked today to see this issue being taken up by a Democratic U.S. Senate candidate, Andrew Romanoff, to attack the frontrunner in that race former Gov. John Hickenlooper:

This is a devastating account of children abused & justice denied. At least 166 victims—most of whom were sexually abused after the Catholic dioceses were informed about the priests’ conduct. Why didn’t Gov. Hickenlooper request a grand jury investigation? https://t.co/yEHDSycpk0

To politically weaponize the issue of abuse by Catholic priests of children over the course of decades in a Democratic primary, or for that matter any election, is objectionable in the extreme and shouldn’t be tolerated by any decent person regardless of who they support in the Democratic U.S. Senate primary. Most importantly Romanoff’s attack on Hickenlooper is factually off base–since AG Phil Weiser himself says a grand jury isn’t the likely way forward. And unless there is some evidence of deliberate action on Hickenlooper’s part to forestall justice for the victims of clergy sex abuse in Colorado, it’s simply outrageous to attack him for an issue that has been going on for far longer than Hickenlooper has not only been governor, but on this Earth.

We’re not sure who is giving Romanoff the advice to throw the wild haymakers in this race we’ve seen mostly since Hickenlooper’s entry made his odds of winning the nomination unlikely. Romanoff’s smack talk to Chuck Schumer and the Democratic Senatorial Campaign Committee (DSCC) is amateurish, but what Romanoff is doing here would be objectively wrong no matter who was doing it. This attack is very similar in terms of factual deficiency and desperation to the baseless claims by 2014 gubernatorial loser Bob Beauprez that Hickenlooper somehow was responsible for the tragic murder of Department of Corrections chief Tom Clements.

We don’t care who you are or how fervently you believe it’s “your turn.”

If this is how you campaign, you deserve to lose. 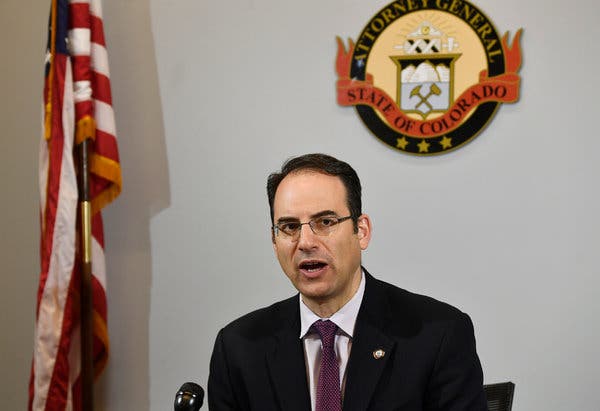