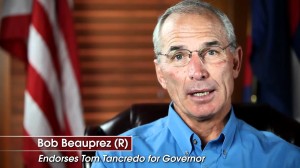 “Mr. Beauprez, it is with great sadness and frustration that I am breaking my silence on matters involving the death of my husband,” Lisa Clements wrote to Beauprez Thursday in a letter shared with Colorado media outlets.

“On several occasions this year, you have attempted to use our family’s tragic loss for your personal and political gain, and we are respectfully asking you to stop.  We’re requesting you to please stop referencing our tragedy in your debate statements and in your campaign ads. Because every time you do, you re-open the wounds that our family continues to suffer from.

“We have not asked you to defend or publicize our experience, and we are not interested in accepting the support of anyone who chooses to do so with the expectation of something in return.”

Republican gubernatorial candidate Bob Beauprez has a long history in Colorado politics. Beauprez went to Congress in 2002 after winning an extremely close and bitter CD-7 race by only 121 votes–a result finalized weeks after the election. Beauprez ran for governor in 2006, and had to fight a particularly bitter primary campaign against entrepreneur Marc Holtzman: a primary that left Beauprez seriously damaged even before the race against eventual blowout winner Bill Ritter got underway.

In 2006 on the way to his historic 17-point defeat, Beauprez earned a reputation as a ruthlessly negative campaigner. Whether this is a product of Beauprez's character or the desperate battle he fought to win his seat in Congress is tough to say, but as Beauprez sagged in the polls he simultaneously threw the kitchen sink at Ritter–including highly controversial claims about illegal immigrants in Denver that resulted in a federal investigation.

We've talked a lot this year about the crazy things Beauprez has said on the record since losing the 2006 gubernatorial race. Many of the worst of Beauprez's statements date to the high tide of the Tea Party in 2009-10, when all kinds of immoderate nonsense was fashionable. Comments about President Barack Obama "pushing" the nation toward civil war, Muslim Sharia law "creeping in" to Colorado, etc. betray either pathological or deeply cynical motivations underlying Beauprez's politics.

The tragic story of the murder of Department of Corrections director Tom Clements has been crassly politicized almost from the day he was killed. Not long after Clements' death, unnamed Republican sources persuaded the Denver Post to write a front-page story essentially blaming killer Evan Ebel's release on a Democratic-sponsored 2011 law. The next day, a 9NEWS report showed that Ebel had been released years early due to an entirely unrelated judicial error, and the Post eventually admitted that the factual basis of their story was wrong.

The assassinated prison chief was a member of the governor's cabinet and a close friend of Hickenlooper's.

To portray Hickenlooper as responsible for Ebel's release from prison deliberately misleads voters.

The Beauprez camp defends this claim by pointing to a law that Hickenlooper did sign in 2011, which allows offenders like Ebel to earn time off for good behavior while in solitary confinement.

Ebel did earn time under that law.

But that wouldn't have mattered in this case. The courts made a mistake that allowed Ebel to get out four years early. [Pols emphasis]

Beauprez has repeatedly invoked Clements' death to attack Gov. John Hickenlooper on the campaign trail, blaming Hickenlooper for the legislation the Denver Post wrongly identified as the reason for Ebel's early release, as well longstanding problems with releasing inmates like Ebel directly from solitary confinement to the street. But the truth is, Clements, under Hickenlooper, was working to reform the solitary confinement system in Colorado prisons when he was killed. To mislead voters about these events to the degree that Beauprez has, for the kind of crude political scare tactics that Beauprez has employed, is objectively deplorable. It's deplorable in a way that should disgust members of both parties–anyone who considers themselves a responsible stakeholder in Colorado politics.

It is wrong, it demeans us all, and it must not be rewarded. We really don't know what else to say.