The Reinvention of Romanoff Hits a Snag 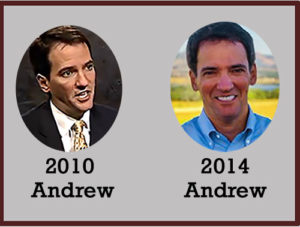 There are currently eight Democratic candidates for U.S. Senate in Colorado…or nine if you count both versions of Andrew Romanoff.

The current iteration of Romanoff more closely resembles the 2010 Senate challenger version (“2010 Andrew”) than the 2014 congressional candidate in CO-6 (“2014 Andrew”) but just like the rest of us, Romanoff doesn’t get to be selective about his personal and professional history.

If you’ve been following the Democratic Primary for U.S. Senate — particularly since former Gov. John Hickenlooper joined the race in August — you know that Romanoff has been positioning himself as the “anti-establishment” candidate who is proud to not have the backing of the Democratic Senatorial Campaign Committee (DSCC), which has endorsed Hickenlooper. This is a predictable tactic, to some extent, because all candidates try hard to reimagine any weakness as a strength. But Romanoff took this stance a little too far during a candidate forum hosted by the Denver Democrats over the weekend. As Justin Wingerter of The Denver Post reported via Twitter: 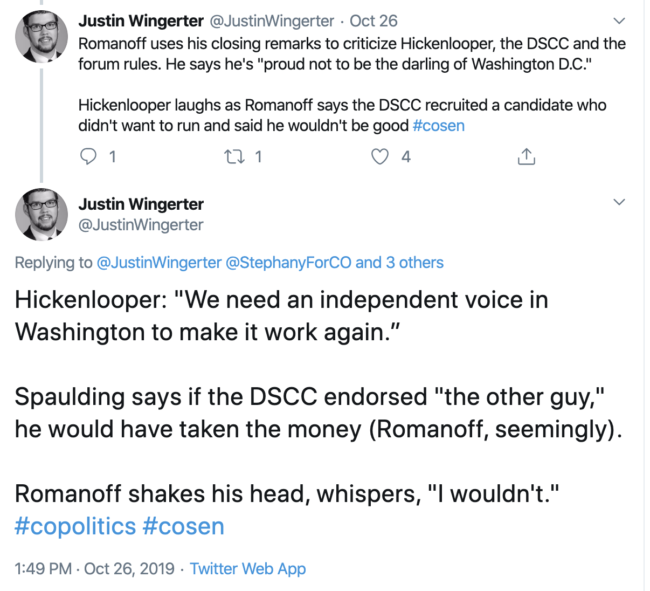 If you really, truly believe that Romanoff would have turned down the support of the DSCC had it been offered, then you can stop reading right here; we’ll let you get back to importing gold bars from Nigeria and plotting out how to spend your winnings from the Canadian lottery. Quite simply, Romanoff’s anti-establishment rhetoric doesn’t withstand the test of history.

One of the major storylines in Colorado politics in late 2008/early 2009 involved speculation about who then-Gov. Bill Ritter might appoint to fill the remainder of Ken Salazar’s U.S. Senate term (Salazar gave up his Senate seat after President-elect Barack Obama tapped him to serve as Secretary of the Interior). Ritter infamously selected Michael Bennet as Salazar’s replacement, a decision that shocked pretty much everyone, including us (“What the Hell?!?” was our headline on January 2, 2009).

Here’s what we wrote at the time:

Romanoff had a strong argument for Salazar’s seat, and he was right to be upset about being passed over for Bennet — who was then serving as the superintendent of Denver Public Schools. Romanoff should have launched a Senate campaign of his own soon thereafter, but he inexplicably waited until August to get a campaign off the ground, giving Bennet plenty of time to consolidate Democratic support and financial contributions; Bennet would eventually defeat Romanoff by more than 8 points in the 2010 Primary.

Romanoff’s 2020 Senate campaign contains a lot of the same themes as his Primary bid 10 years earlier, which would be fine if 2014 never happened. In late 2013, the Democratic Congressional Campaign Committee (DCCC), which is the Democratic House equivalent of the DSCC, publicly backed Romanoff’s bid for Congress in CO-6 against Republican Rep. Mike Coffman. The heavy hand of the DCCC helped clear the Democratic field for Romanoff and went on to spend nearly $2 million to boost Romanoff’s candidacy; the DCCC planned to spend at least $1.4 million more for Romanoff until weak polling numbers in early October convinced them to redistribute those funds to other races around the country.

Romanoff is positioning himself as the “anti-establishment” candidate in 2020, but he was the epitome of an establishment choice for Congress in 2014. It’s not at all believable for Romanoff to say that he would not have accepted the DSCC’s backing in 2020 had it been offered.

Support Romanoff for U.S. Senate if you think he is the better candidate — just don’t stand behind him because you think he’s the “anti-establishment” option.