Recall Polis 2.0: Even More Fail Than We Thought

Here’s the latest update from the failed but still noisy Recall Polis 2.0 campaign this weekend, doing their best to keep the disappointed faithful on board, despite turning in zero signatures to the Secretary of State by the November 13 deadline which (checks today’s date) expired over a month ago: 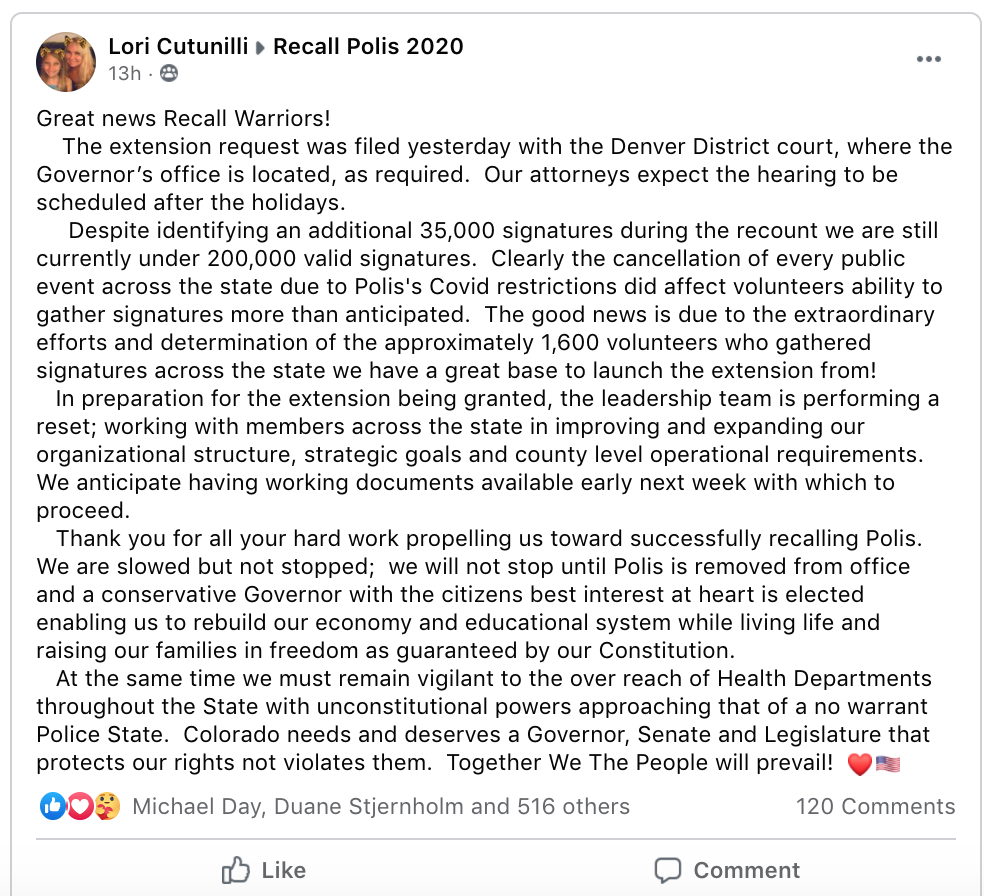 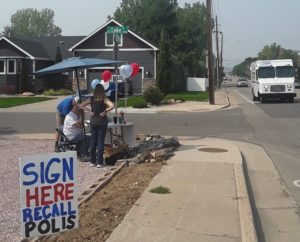 Although it’s impossible to know if even the number organizers claim above is accurate, this is the first time we’ve seen an estimate from the Recall Polis 2.0 campaign other than the wildly inflated “progress meter” graphics they posted during the 60-day collection period which suggested back in September they already had over 200,000 signatures. For comparison, and again there’s no way to verify any of this because none of the signatures from either campaign were ever turned in for validation, the “Recall Polis 1.0” campaign claimed to have collected “over 300,000” signatures in 2019–still 50% short of the minimum goal. That means even if we accept these numbers at face value, Recall Polis 2.0 collected 100,000 fewer signatures than the first failed attempt, less than one third of what was minimally needed.

With all of this in mind, the idea that a court should grant this campaign any kind of relief or extension when they haven’t come close to meeting the standard is preposterous. At this point, any Republican with an ounce of political sense remaining should see that every dollar and man-hour devoted to this lost cause is wasted. The repeated failure of recall attempts against both Gov. Jared Polis and various Democratic legislatures since 2018 have made a running joke of the recall process in this state, and this latest refusal to accept obvious failure is just making it worse.

Then again…Donald Trump! If no Republican ever admits to losing again, this discussion could be moot. Fortunately, the rest of us have elections and courts and, you know, reality.