When we last checked in with the Recall Polis 2020 campaign back at the beginning of October, we were somewhat surprised to discover that they claimed at that time to have obtained over 200,000 petition signatures on their 60-day quest ending November 13th to gather 631,000 valid Colorado voter signatures to place a recall question against Gov. Jared Polis on a future special election ballot: 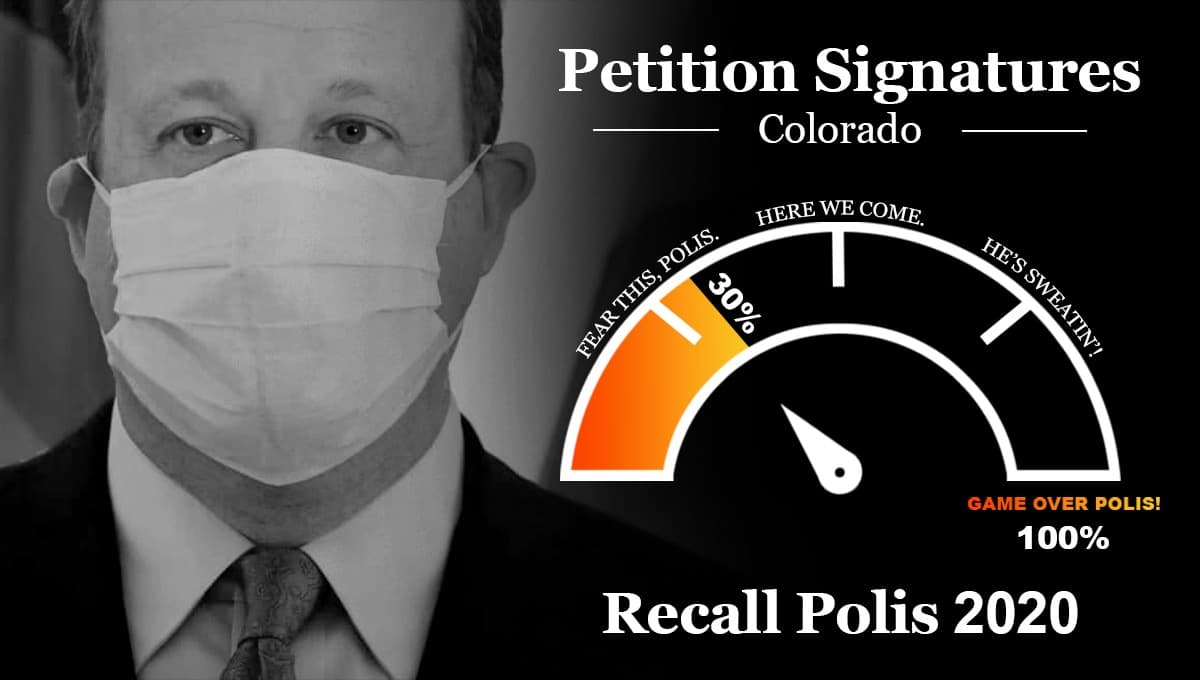 This was peculiar to us since there is absolutely no evidence to suggest a petition campaign on this scale is occurring anywhere in the state, including on the “Dethrone Polis 2020” website where a smattering of events that signers can seek out a petition to sign can be found. There’s no sign of even the level of activity involved in the 2019 Polis recall attempt, which ended in failure with an (unverified) fraction of the needed number of signatures collected.

Sometime after our original post on this questionable claim from the Recall Polis 2020 campaign, the graphic you see above was removed entirely from the site. For us this was a good indicator that we weren’t the only ones raising questions–and sure enough, the most recent version features some important changes: 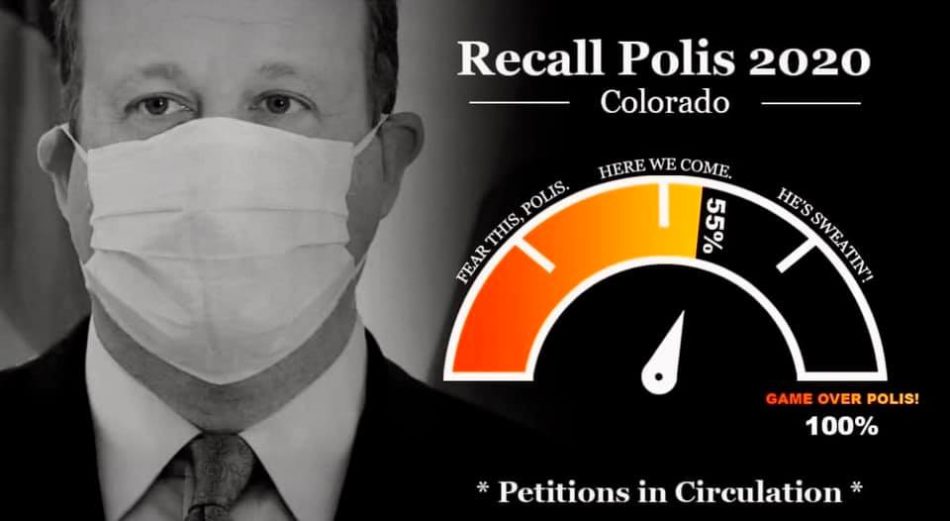 With just over two weeks left in this petition drive the progress bar is only up to 55%, which isn’t a good sign even if they’re counting actual received signatures. But apparently, we’re not counting “petition signatures” any more at all–this graphic now purports to show the number of “petitions in circulation.” We assume that means they have distributed enough blank petition forms to, you know, hold that many signatures.

In short, the “Dethrone Polis” campaign is 15 days from their 60-day deadline to collect an unprecedented 631,000 signatures plus reasonable padding to cover ineligible signers, and their only claim to success is that they’ve “circulated” 55% of the petition forms.

It’s a joke, folks. Next Friday the 13th, this is going to end in another embarrassing heap of empty boxes. Until then, Democrats can only be grateful for the energy diverted to this fool’s errand instead of Tuesday’s elections.