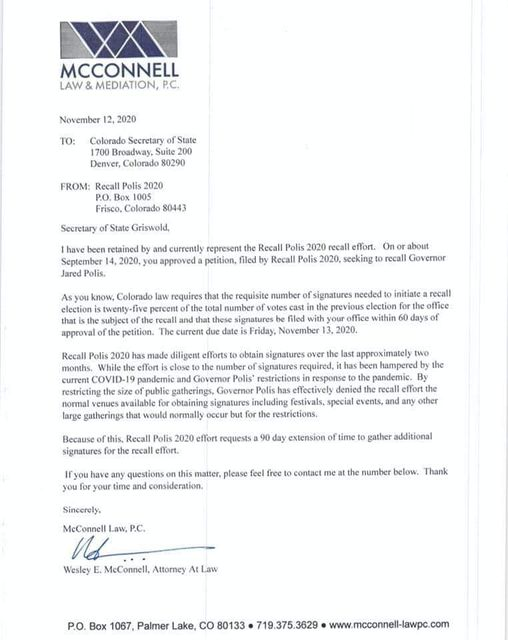 As promised when the so-called “Dethrone Polis 2020” campaign announced Friday that they would not be turning in the required 630,000+ valid voter signatures to qualify a recall question for a future special election ballot, here’s the “request” by a lawyer purporting to represent the campaign asking for a 90-day extension of the collection period, citing public gathering restrictions imposed to control the spread of COVID-19.

As the Colorado Sun reported Saturday, this is dumb on a couple of key levels:

The 60-day deadline for signature gathering is specified in the state Constitution. Any request for an extension would have to be granted by the courts, Betsy Hart, a spokeswoman for Secretary of State Jena Griswold, said in an email.

Although proponents of the failed abortion ban ballot measure Proposition 115 successfully petitioned the courts for a short extension to citing collection difficulties during the pandemic, that campaign had actually submitted signatures by the required deadline, something the Recall Polis campaign never even bothered to do. With no evidence that this campaign came even remotely close to their goal within the 60 days they had, granting them 90 more days would be silly and unfair.

Not to mention they have to ask a judge, not the Secretary of State. We’ll see if a court case is ever even filed–and if one is, we expect it to survive about as long as one of President Donald Trump’s election lawsuits.

With all of this in mind, the realization that the second in as many recall attempts against Colorado’s popular Democratic governor has failed miserably is not sitting well with the Facebook faithful–and they’re growing despondent over leaders’ silence: 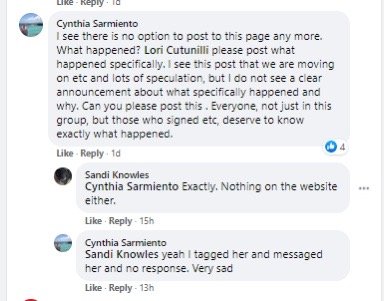 And in the absence of hard information, some are getting a bit twitchy, Michigan-style: 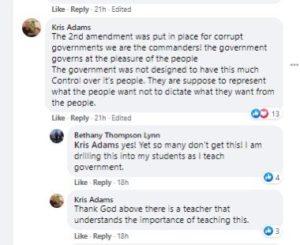 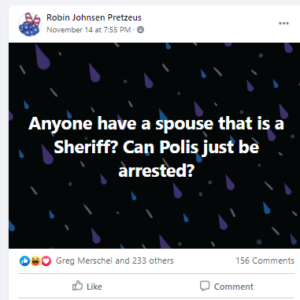 Safe to say, these are not productive methods of coping with bad news.

The reality, much like the half-baked dispute over the presidential election, is that this second consecutive recall campaign against Gov. Jared Polis is all over. We are curious to know just how many signatures organizers claim to have obtained, but unless they actually turn them in for validation we have no reason to believe any number they give us. As we’ve said from the beginning, the logistics of an undertaking on the scale needed to gather more signatures than any campaign in the state’s history would have been visible. It never existed, it was never going to exist, and just like the 2019 recall it was the product of unserious actors who were never capable of succeeding.

Since the 2018 elections devastated a Colorado GOP already reeling from their steady erosion of power over the previous 14 years, the party from the highest levels has done nothing to change course–and the 2020 election proved it. Taking bad advice from bad consultants, Republicans instead dived into a series of recall campaigns against Gov. Polis and state lawmakers in 2019 that not only failed, but seriously damaged the credibility of Republicans from state party chairman Ken Buck on down. Buck’s personal embrace of recalls, and his vice-chair’s direct role in the ill-fated recall attempt against Rep. Tom Sullivan of Centennial made it impossible to extricate the party once the campaigns humiliatingly crashed and burned.

Although recalls were always intended for use in exigent cases of misconduct by elected officials, not opportunistic do-overs of fairly decided elections, the abuse of the process for political paybacks by a shrinking minority party in Colorado does appear to have damaged the credibility of Republicans involved. Former House Minority Leader Patrick Neville, who audaciously played in the failed Sullivan recall after leading the House minority to its smallest size in decades, is as close to persona non grata as he’s ever been. The National Popular Vote legislation cited as justification for recalling Polis and state lawmakers was victorious in a statewide vote. The “red flag” law that had the gun lobby dreaming of a 2013 redux is working as intended.

If Republicans in Colorado ever want to win again, it is this endless state of contrived political crises that has to stop. The last decade of Republican politics has been about disregarding all rules, traditions, and even pretense of cross-aisle engagement, and waging endless, ad absurdum partisan warfare down to the very last mountainous molehill.

We can’t speak for everywhere in America, but the voters of Colorado are sick and tired of it.