We’re only 16 days into 2020 and #ERPO has already likely saved lives.

Despite the misinformation being spread this week, this case shows that the law —and due process— are working.#CoPolitics #CoLeg https://t.co/G27jD04QLq 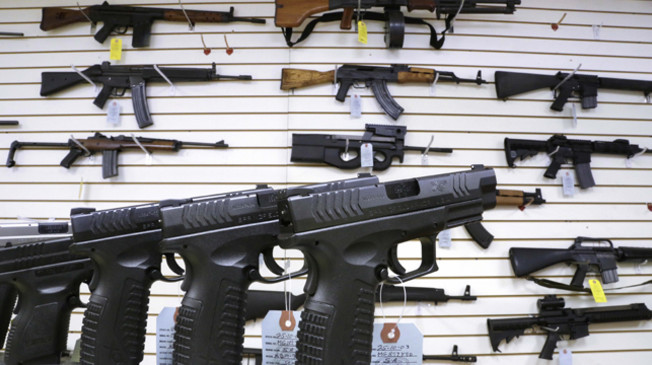 In the first 15 days Colorado’s red-flag law has been active, residents and law enforcement have used the controversial statute in five cases to request that guns be removed from a wide range of people: an abusive boyfriend, a suicidal man, the father of a grandchild, a suspect who threatened a mass shooting and a police officer…

The red-flag law, which went into effect Jan. 1, allows family members, household members and law enforcement to request that a judge order the removal of person’s guns if they are a threat to themselves or others. The law caused intense debate in the legislature, including prompting some sheriffs to say they wouldn’t uphold the law because they believe it violates a person’s Second Amendment rights.

Denver7’s Blair Miller reports on the first successful use of the extreme risk protection order (ERPO) law in Denver, in which a man who made threats to hurt himself and his wife has relinquished his guns for a 364-day period:

A Denver probate court on Tuesday approved a 364-day extreme risk protection order for a Denver man who gave up two guns to Denver police in late December after he allegedly threatened himself and his wife with a handgun during and after a dispute.

A Denver police sergeant filed a petition on Jan. 2 for a 14-day temporary extreme risk protection order (ERPO) against the 26-year-old man, whom Denver7 is not naming because prosecutors declined to press charges against him. A hearing had been set for Jan. 16 to determine if a longer ERPO would be put in place for the man.

But the man and his attorney came to an agreement on a permanent order, which was filed Tuesday in Denver Probate Court, that the man will allow police to keep custody of his two semi-automatic handguns for a 364-day period that started Tuesday. 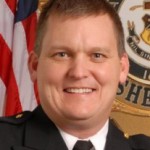 That’s an undeniably successful outcome, with a gun owner who threatened to kill himself and his wife voluntarily surrendering his guns in advance of the hearing. The Fort Collins Coloradoan reports on another “red flag” case that seems like a model utilization of the law out of Larimer County:

In the texts — which Gatton admitted to sending — he said he was struggling to find work and that if his adoptive parents didn’t stop asking him to pay back money he owed them, he would enact his plan to “kill a lot of people.”

Of the ERPO request cases filed since the law took effect at the beginning of the year, we know of two that have been denied. The first was a request made in conservative Lincoln County, where the sheriff and county government are hostile to the law–as we’ve discussed, a potential flashpoint if a refused request for an ERPO precipitates tragedy. The second case, which has received considerable attention in the last few days, concerns the mother of a young man who was killed by CSU police officers in Fort Collins, in what was determined to be a case of “suicide by cop” and a justified use of force. This ERPO case was dismissed earlier today for lack of standing, since the request falsely claimed that the petitioner and the police officer “shared a child.” The Loveland Reporter-Herald:

“What the hearing today demonstrated is that there are protections in the ERPO law to prevent people from abusing it,” Weiser said. [Pols emphasis] “Abuse of this important law undermines the very fabric of its critical purpose, which is to protect public safety.”

During the initial confusion over Susan Holmes’ ERPO petition, which was apparently filed without a request for a temporary order making today the first opportunity for a judge to rule, local gun nuts seized on the as-yet unanswered questions about the case to spread misinformation and general discontent about the new “red flag” law. But in reality, early test cases like this one are necessary to establish precedents that determine how the law will function. The outcome of this particular case, which may include criminal charges for Holmes’ lying under oath, should inspire confidence that the checks and balances in the process to prevent abuse actually do work.

Unfortunately, the true moment to dread–the first improperly denied ERPO that results in preventable loss of life–is still out there waiting to happen. We expect that inevitability, but we do not relish it.