Recalls: The Last Gasp of a Beaten Republican Party 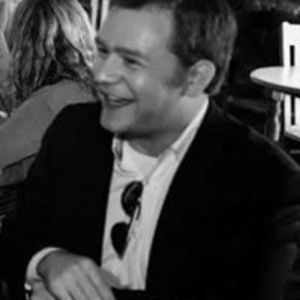 The 2018 election, which in Colorado was an unprecedented landslide in modern political history for Democrats, almost immediately resulted in threats by Colorado Republicans to initiate recall elections this year. Back in April, we were forwarded since-deleted video of a briefing by GOP political consultant Ben Engen of Constellation Strategies in which Engen very frankly lays out the real reason why Colorado Republicans should pursue recalls–because voters “aren’t as aware…of a special election like a recall that just comes out of nowhere and blindsides them.” Engen admitted that Republicans can’t win the seats that would be targeted in recalls in general elections, instead telling them to rely on the “re-weighting of the electorate” afforded by an “surprise” recall election.

Once reserved for targeting corrupt or inept elected officials, the recall has become part of the toolkit for Republicans seeking a do-over of election results. One GOP strategist in Colorado has put a name to it — “recall season.”

“…There’s a drop-off in turnout from presidential to midterm elections, and the same thing between midterms and off-year elections,” Engen said. “Initiators of a recall can use the timing to maximize that enthusiasm gap.”

To Democrats, that’s essentially an admission that Republicans are using the recall not as a vehicle to oust corrupt officials, but rather as an attempt to game the system and flip seats they otherwise could not win in a regular election. [Pols emphasis]

“The strategists see that a recall may be the best chance of winnowing down the electorate in such a way as to sneak through a seat,” agreed Jason Bane, a Denver-based Democratic operative. “They need something that goes under the radar for it to work.”

Here’s the thing: if you’re a dyed-in-the-wool Republican only interested in politics from a team-sports perspective, Engen’s frank admission that the recalls are nothing more than an exploitation of voters’ short attention spans for political advantage isn’t a problem for you. But for regular people not already part of the daily talk radio/social media rage fest against majority Colorado Democrats who actually poll quite well, this is all they need to know to realize that recalls are a massive waste of time and money–solely for the purpose of giving angry partisans a do-over.

And that makes them much less likely to sign a recall petition.

As Anderson summarizes in today’s story, recalls are emerging as a go-to tactic in several other Western states where Republicans are in decline–like in California, where a freshman Senator was recalled in June 2018 just to deny Democrats a supermajority in that state’s legislature for a few more months. In all of these cases, recalls are being used to obstruct the clear intent of general election voters, and achieve electoral results that Republicans no longer obtain legitimately.

If you’re a Republican, and this acknowledgment that your party is in long-term decline and reliant on desperate measures to obstruct an increasingly permanent majority doesn’t trouble you, you’re not likely to be receptive to arguments that the recalls underway in Colorado constitute a gross misuse of the system. But a growing number of influential Colorado Republicans have soured on recalls after the disastrous misfire against Rep. Tom Sullivan. Editorial boards across the state are sounding off as loudly as they can. There is a scenario in which the entire recall movement simply falls apart over the next few weeks as the dubious campaigns underway die on the vine.

But whatever happens will not be a show of strength. In every way that matters, this is a story of GOP weakness.