Get More Smarter on Monday (October 5)

Happy “World Space Week.” Please celebrate responsibly. Let’s Get More Smarter. If you think we missed something important, please include the link in the comments below (here’s a good example). If you are more of an audio learner, check out The Get More Smarter Podcast. And don’t forget to find us on Facebook and Twitter.

► As you may have heard by now, President Trump has COVID-19 and is being treated at Walter Reed Hospital in Bethesda, Maryland. According to White House officials and Trump’s team of doctors, the President’s condition is somewhere between “mostly dead” and “totally fine.” White House officials had been suggesting over the weekend that Trump could be released from the hospital as soon as today, though actual doctors find that scenario to be highly unlikely.

► President Trump briefly rode around in a car on Sunday night to prove that he was still alive, which did not make the Secret Service very happy. As Chris Cillizza writes for CNN, it was all very weird and very Trump:

Donald Trump’s unannounced — and wildly unnecessary — drive-by of his supporters outside Walter Reed medical center on Sunday night aptly summed up his presidency to date: An entirely self-focused political (and PR) stunt with little regard for the impacts on people other than himself.

That’s the only logical explanation for the decision by the President of the United States to task two Secret Service agents with driving him by supporters who had gathered outside the hospital to show their support for him as he continues to battle Covid-19.

“That Presidential SUV is not only bulletproof, but hermetically sealed against chemical attack,” tweeted Dr. James Phillips, who works at Walter Reed as an emergency physician, on Sunday night. “The risk of COVID19 transmission inside is as high as it gets outside of medical procedures. The irresponsibility is astounding. My thoughts are with the Secret Service forced to play.”

He added: “Every single person in the vehicle during that completely unnecessary Presidential ‘drive-by’ just now has to be quarantined for 14 days. They might get sick. They may die. For political theater. Commanded by Trump to put their lives at risk for theater. This is insanity.”

► The candidates for U.S. Senate have now debated twice since you stopped working before the weekend: On Friday in Pueblo and on Sunday for Univision. Friday’s debate was live streamed; the Univision debate will air on Tuesday.

As the first U.S. Senate General Election debate of 2020, Friday’s showdown was widely covered by Colorado media outlets. Here’s our analysis of the Pueblo debate; the short version is that Sen. Cory Gardner came off as agitated and desperate, while former Gov. John Hickenlooper calmly fended off Gardner’s attacks and focused much of the discussion on health care issues.

“She has no business in Congress.”

— The Pueblo Chieftain editorial board on Lauren “Q*Bert” Boebert

Sure, Boebert can hold news conferences and be a darling on Fox News, but she would be ineffectual in Congress with that attitude. And that’s where we need success. Air time on conservative networks doesn’t help Colorado.

Mitsch Bush, on the other hand, would be well-respected from day one, drawing significant committee assignments and she would begin working her way up the seniority ladder. That’s how the system works, and that’s how Colorado would benefit in terms of representation and legislation that helps our state.

Boebert has made quite the name for herself in far-right circles, especially in opening her Shooters Grill in Rifle, where men and women dress up like cowboys and cowgirls, strap on their guns and wish they could have been extras in “Tombstone”.

Fine with us. We think that’s where she should continue to hold court. She has no business in Congress. 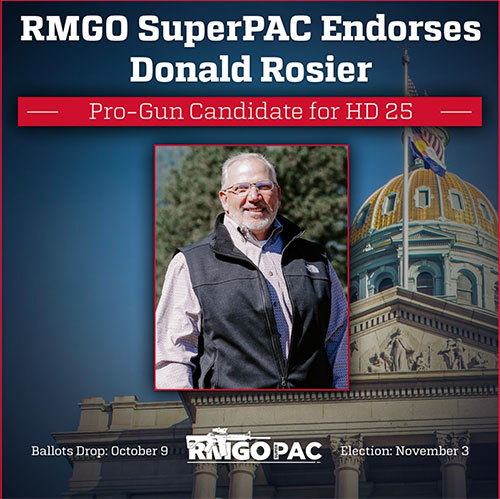 ► This graphic from The New York Times illustrates how quickly COVID-19 has spread among high-level Republican officials: 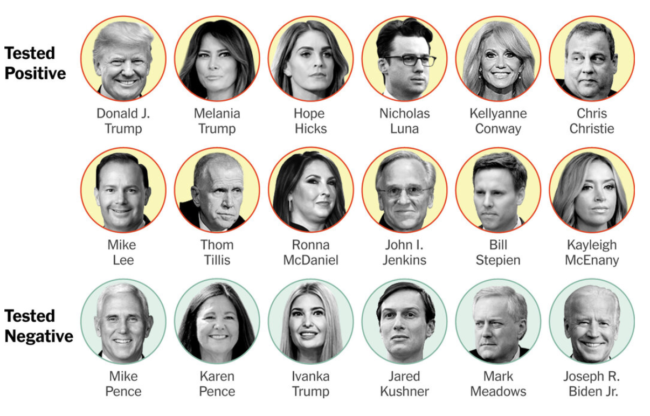 ► The Coronavirus outbreak impacting Republican officials could make it hard for the Senate GOP to stick to its ambitious timeline for confirming a new Supreme Court Justice. As The Associated Press reports:

“We now have two members of the Senate Judiciary Committee who have tested positive for COVID, and there may be more,” tweeted Senate Democratic leader Chuck Schumer. “I wish my colleagues well. It is irresponsible and dangerous to move forward with a hearing, and there is absolutely no good reason to do so.”

Several other members of the Judiciary panel attended the White House ceremony, including Missouri Sen. Josh Hawley, Nebraska Sen. Ben Sasse, Tennessee Sen. Marsha Blackburn and Idaho Sen. Mike Crapo. Blackburn said she tested negative after the event. Crapo said he “recently” had a negative test and a spokeswoman said he would be getting another one as soon as it could be arranged. A spokeswoman for Hawley said he was being tested Saturday, and the senator tweeted later that his coronavirus test came back negative.

Sasse tested negative, but said in a statement that he would work remotely from his home state and undergo further testing due to his “close interaction with multiple infected individuals,” his office said.

CNN has more on the COVID-19 SCOTUS complications.

While it is true that Gardner did introduce the “Pre-existing Conditions Protection Act of 2020” in August, experts say the 117-word bill would do little to actually aid people with pre-existing conditions in the event the Affordable Care Act is repealed.

“It would absolutely not protect people with pre-existing conditions,” said Adam Fox, director of strategic engagement for the Colorado Consumer Health Initiative, a nonprofit, non-partisan organization that advocates for consumers in health care.

Gardner’s ad has now been demolished by multiple news outlets, including a report from 9News that called his bill “horse excrement.”

► Corey Hutchins of The Colorado Independent takes a deep dive into the CBS4 Denver debacle of a story alleging that the Colorado Secretary of State’s office was somehow encouraging non-citizens to vote.

After pulling the story from its site, the station ran a subsequent story about the mailers in an attempt to clear the air. Boyd interviewed the current Democratic officeholder, Jena Griswold, who said, “the key is that the mailing to encourage potentially unregistered people to register is not the same mailing as our ballot mailing. Those are two separate universes.” The story noted the mailings lay out requirements that make a voter eligible. The headline of that CBS4 story was “Colorado’s Secretary Of State Sets The Record Straight On Voter Registration Postcards.”

But does that really set the record straight? Not particularly.

► KKTV, via Gray TV, previews Wednesday’s Vice Presidential candidate debate in Utah. Included is an interview with Sen. Cory Gardner (R-Yuma), who criticizes Sen. Kamala Harris for not talking enough with the media.

► White House Press Secretary Kayleigh McEnany has tested positive for COVID-19 and may have exposed reporters. Naturally, there’s a Tweet for this:

”We will not see diseases like the coronavirus come here… isn’t that refreshing when contrasting it with the awful presidency of President Obama?” — Kayleigh McEnany, 2/25/20 pic.twitter.com/dXKHAKGrUn

► Republican Sen. Pat Toomey of Pennsylvania announced today that he will not seek re-election in 2022.

► COVID-19 has turned the area near the CU-Boulder campus into a ghost town.

► Alex Burness of The Denver Post ponders the limits of another blue wave in Colorado.

► We received an email from The Centennial Institute promoting the 2020 Western Conservative Summit, and we felt obligated to share this image with you (and, no, we don’t know why he is riding a horse in a suit and tie): 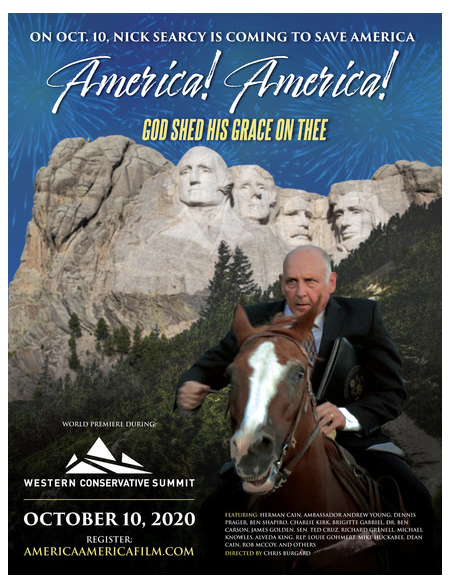 Via The Centennial Institute

President Trump won’t have to recover from COVID.

COVID will have to recover from President Trump. #MAGA

► Efforts to play a fall high school football season in Colorado have hit some early snags.

► Tune in to the latest episode of The Get More Smarter Podcast, featuring an interview with Colorado Attorney General Phil Weiser — who served as a clerk to the late Supreme Court Justice Ruth Bader Ginsburg: