Colorado Republicans Had One Bad Option; They Took It 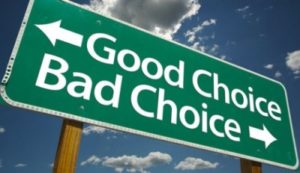 Nobody asked us to give a commencement speech this year, but if we had been tapped for such an honor, we might have given this advice: Never select the obvious worst choice when considering how to approach a particular endeavor.

In other words, don’t follow the example of Colorado Republican lawmakers.

The Colorado legislature reconvened this week after a two-month coronavirus break in order to address a couple of pandemic-related issues but mostly to pass legislation that lawmakers are constitutionally-bound to complete, such as a balanced state budget. With a Democrat in the Governor’s office and a minority in both legislative chambers, Colorado Republicans don’t have a lot of opportunities to advance their agenda, so it was relatively difficult for them to make a major mistake in the final weeks of the 2020 session. Nonetheless, they persevered and found a way. 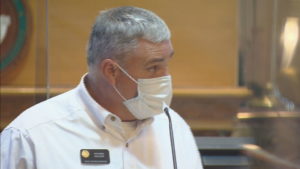 The worst thing that Republicans could have done in Legislative Session 2.0 would have been to take every opportunity to fire off inane and offensive statements about the perils of social distancing and the annoyances of wearing masks while Democrats worked dutifully on relevant legislative needs. But the GOP just couldn’t help itself, with members complaining about COVID-19 safety precautions, arguing against remote participation, and berating sick colleagues for not not risking their lives to be at the State Capitol with them. Kyle Clark of 9News summed up Wednesday’s proceedings with one sentence:

Today it turned into a battle between legislators who have pre-existing health conditions and another who suggested that they are sissies.

This is not inaccurate, as we noted yesterday. The only silver lining for Colorado Republicans is this: At least they didn’t hide the fact that one of their members was infected with COVID-19, which is what happened in Pennsylvania this week. 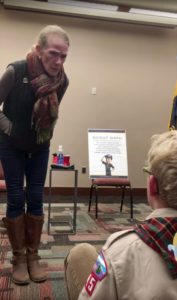 On Wednesday, Republican State Sen. Vicki Marble chided the legislature in telling a story about how she goes to Wal-Mart and doesn’t even bother sanitizing her grocery cart. State Rep. Richard Holtorf argued against remote participation by saying that other lawmakers wouldn’t be able to tell if he was drunk or not. State Sen. Bob Gardner said that allowing remote participation would make the state legislature akin to the Imperial Senate in Star Wars. State Rep. Larry Liston likened Republican courage in returning to the Capitol to Marines storming the beaches at Iwo Jima in WWII.

One of the lowest points of the day came after Holtorf accused absent lawmakers of being “AWOL,” which was a particularly insensitive statement for Democratic State Rep. Jovan Melton, who is recovering from pneumonia and acute heart failure related to COVID-19.

All of this came on the same day that the United States shot past the 100,000 death milestone from COVID-19. Voting along party lines, the legislature ultimately decided in favor of allowing remote participation in a public health crisis, rendering ridiculous Republican protests moot.

On Wednesday, Colorado lawmakers provided an overview of a newly introduced bill that would provide earned sick days to workers in the state. Under SB20-205, employees would earn a sick day for every 26 hours worked.

Senate Majority Leader Steve Fenberg and Senator Jeff Bridges, alongside Speaker of the House KC Becker and Representative Yadira Caraveo introduced the legislation, saying it will empower Colorado workers to protect themselves and their coworkers during the COVID-19 pandemic…

…According to a 2003 study published in the Journal of Occupational and Environmental Medicine, employees working while sick costs the national economy approximately $160 billion per year.

Republicans could have come up with a proactive idea like this, but they chose a different route.

The Colorado GOP got trounced in the 2018 elections, spent most of 2019 attempting ridiculous failed recalls across the state, and are now heading into the 2020 election on a platform of anti-safety buffoonery. Democrats really couldn’t ask for much more from their political counterparts.