Colorado GOP Runs From Recalls They Once Hyped 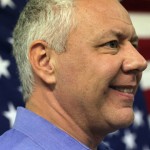 A week after the spectacular failure of the last of the recall campaigns from Colorado Republicans, launched against several individual Democratic legislators and Gov. Jared Polis over the summer, the Denver Post’s Alex Burness circled back with Republican leaders for a post-mortem look at what went wrong–Republicans who were willing to return his calls, that is, because evidently many were not.

It’s not easy to capture to full magnitude of the failure for Colorado Republicans without resorting to language that seems hyperbolic, but objectively is not an exaggeration of any kind. After the 2018 elections resulted in an historic bloodbath for the Colorado GOP–destroying their gubernatorial candidate, wiping out the GOP’s hold on the attorney general, secretary of state, and treasurer’s office ,and losing their only remaining legislative majority–Republicans in this state faced a hard choice: to learn the lessons dwindling moderates in their midst were begging them to learn and fundamentally change course, or embrace a future where all the elections look like 2018.

As we now know, Colorado Republicans chose the latter.

This infamous clip of now-state GOP chairman Rep. Ken Buck promising to make Democrats “learn how to spell R-E-C-A-L-L,” cheered on by the state’s highest ranking Republican Sen. Cory Gardner, has become a major embarrassment for the party leadership now that the recalls have failed. The recalls did not fail narrowly, but failed calamitously with juicy attendant details like the conservative operative class in the state glomming on to the cash flow and “gifts” of thousands of dollars to individuals after the campaign had already failed. Any way you look at what happened–from building donor confidence to mobilizing the base to credibility with the media–this summer was another unprecedented disaster for Colorado Republicans on par with their electoral defeats last November.

So we can’t claim to be surprised to see, as the Post’s Alex Burness reports today, Colorado Republicans making absurd excuses to deflect responsibility. Defeat, as they say, is an orphan:

U.S. Rep. Ken Buck, the Colorado GOP chair, told The Denver Post on Friday that the recall failures don’t fall on him in any way. [Pols emphasis]

“I didn’t cast any net,” he said. “There’s a lot of people in the grassroots … who went after legislators. I didn’t direct any recall effort.”

When he was elected to lead the state party on the fourth ballot in March, Buck promised to teach Democrats “how to spell R-E-C-A-L-L.” Now, though, he claims he did not endorse the concept of mass recalls in Colorado. 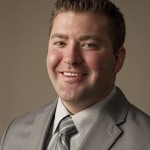 Buck’s cowardly denial of any responsibility for recalls he ran for the chair of the state party promising to support is an indicator of just how thoroughly weak and disorganized Republicans are as the last days of October 2019 come to a close. Practically from the moment Democrats visited historic destruction on Republicans in last November’s elections, Republicans had threatened retaliation via recalls. House Minority Leader Patrick Neville openly threatened his Democratic colleagues with recalls during this year’s legislative session. Republican operatives criss-crossed the state spreading the gospel of recalls as a way to “reweight the electorate,” and score victories that are now out of reach in general elections.

History will likely record that the attempted recall of Rep. Tom Sullivan, a freshman Democrat whose advocacy for gun safety is rooted in his son’s tragic murder in the July 2012 Aurora theater shooting, is the moment where the GOP’s recall strategy went off the rails for good. Ironically, this is the recall attempt that Colorado Republicans are most obliged to take ownership of, since it was initiated by Colorado Republican Party vice-chair Kristi Burton Brown personally. Attempts to recast Brown’s action as “personal” after the Sullivan recall was clearly doing more harm than good simply have no credibility.

Cole Wist, a Republican who lost his house seat to Sullivan in 2018 — and who publicly bashed the Sullivan recall effort — said there is an important distinction to be made between staying out of recalls and actively condemning them.

“I didn’t see one elected Republican speak out against it,” he said. “The state party needs to own this failure. [Pols emphasis] They stirred the pot, and when they could see that the strategy wasn’t going to work, they didn’t speak up. They retreated and disappeared while rank-and-file members of the party floundered and were exploited by political consultants.”

When exactly high-ranking Republicans belatedly realized that the recalls were going to fail is irrelevant. The fact is that top Republicans kept up appearances of support for the recalls very late in the game, such as when Sen. Cory Gardner told recall organizers in Pueblo at the end of August that “I’ve never said I was against recalls” about sixty seconds after telling Senate President Leroy Garcia “I’m kind of sorry that this is happening.” For rank-and-file Republicans, any emotional (not to mention financial) investment made in these recalls has been a tremendously demoralizing experience.

And above all, while Democrats have been organizing like it’s an election year to oppose the recalls, the GOP spun its wheels throughout this whole critical off-year when they should have been preparing for the 2020 general election. When all is said and done this could be the most damning of the many indictments against Rep. Ken Buck’s absentee leadership of the party while still trying to serve in Congress, and with the greatest long-term impact. Here we are a year after the 2018 Democratic wave, and Colorado Republicans have totally squandered the backlash they hoped to foment as Democrats carried out the agenda they promised voters. There are many mistakes to point out, but there are no excuses. This was the strategy Republicans chose.

For Colorado Republicans who really want this nightmare to end, the housecleaning starts there.