The Boundless Griftiness of Colorado Conservatives 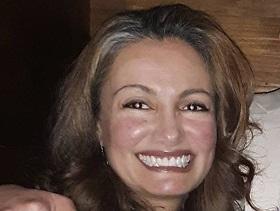 Today is the deadline for Republicans to submit petition signatures to the Secretary of State’s office in their efforts to recall Senate President Leroy Garcia. Organizers of the Garcia recall have hinted that they may actually submit signatures today, rather than just letting the deadline pass with a sheepish admission of failure; given the 2019 track record of Republican recall efforts, you have every right to be skeptical of any announcement.

Readers of Colorado Pols are well aware that the various recall attempts of Democratic elected officials that we’ve seen over the past few months have been largely about grifting — using “organizing” efforts to convince poor conservative saps to sign over their social security checks (quite literally). Some recall donors did come to realize that their money was basically being set on fire, but there’s not a lot of recourse for someone hoping to recoup money that disappeared into coffers overseen by self-identified “board members” like Juli-Andra Fuentes.

Fuentes, you may recall, was one of the main public faces of the “Official Recall Jared Polis” organization that didn’t even bother collecting petition signatures and crapped all over attempts by a different Polis recall group to actually attempt a real recall effort. About $30,000 raised by Fuentes’ group was “donated” to another invented organization called “Colorado for Trump,” which seemed to be largely about Fuentes trying to force President Trump to call her personally (you can’t make this stuff up).

Kyle Clark of 9News has kept an eye on the transactions of the “Official Recall Jared Polis” group and their band of gypsies. You probably won’t be surprised to learn that the tale just keeps getting weirder:

The Coloradans for Trump committee says “TRUMP” stands for something else. pic.twitter.com/opKvsQcxIT

CLARK: We continue to track the money raised for the recall of Democratic Governor Jared Polis. The “Official” recall group never attempted a recall, but it kept the money; gave thousands of dollars to its leadership as gifts; then reclassified the money as “consulting fees” when we asked about it. But that’s not even the strangest part.

Almost $30,000 in donations meant to recall Gov. Polis was instead shifted to a new political committee called “Colorado for Trump.” It’s run by the same woman who ran the failed recall group, Juli-Andra Fuentes. The Trump campaign is upset — says it has no association with her group [and] even threatened legal action. Fuentes has told me the President should call her personally.

But now Fuentes has changed her group’s purpose with the Secretary of State’s office. It says the word “Trump” is actually the initials T-R-U-M-P. Says that it stands for “Truth will Restore the republic and Unbiased Media gives Power to the people.”…

…At least we know what happens when a recall fails and the donations land in another bank account. They go, “TWRTRUMGPTTP.”

This is funny…if it isn’t your money.

As we’ve discussed before in this space, there are several downsides to the year of Recall-palooza for Republicans. The 2020 election is just around the corner, and all of this griftiness will undoubtedly make it harder for GOP candidates and staffers to raise money and find volunteers for legitimate campaigns.

For example, as Joey Bunch reports for the publication formerly known as the Colorado Statesman, two notable Colorado Republicans have started a new online platform with the hopes of connecting like-minded conservatives that requires some stringent security measures. Former State Rep. Matt Knoedler and longtime GOP operative Allen Fuller (who is also Bob Beauprez’s son-in-law) are the minds behind “CaucusRoom,” which sounds kind of like a cross between MySpace and the NextDoor app. Knoedler and Fuller say their platform will encourage conservatives to organize online and find like-minded neighbors, but this is the their number one selling point: “Bank-level verification of all members to weed out bots and fake accounts.”

Here’s how the process is explained on the “CaucusRoom” website:

Every CaucusRoom user goes through a verification process that requires more information than other social networks. This allows us to ensure the friends and neighbors you interact with on CaucusRoom are truly your friends and neighbors, and helps to keep out bots and those who are not interested in being positive members of our community…

…In order to verify all of our users are real people (no bots or fake accounts!), we require that each user enters complete and accurate information when they sign up. This includes your full name, home address (no P.O. boxes please!) and your real birthdate. [Pols emphasis]

We have no reason to suspect that “CaucusRoom” won’t keep your personal information secure and that your name won’t show up on some weird list in six months, but after all the lies and grifting associated with Republican recall efforts, we’d absolutely think twice about signing up for something like this. That might not be fair to Knoedler and Fuller, but that’s what happens when Republicans let these wacky recall efforts go unchecked.

If you signed your name to a recall petition in the last 6 months, there’s no telling what actually happened to that information (it didn’t get submitted to the Secretary of State, we know that much). If you made a donation to one of these recall efforts, there’s a very good chance that your money went into somebody else’s pocket for purposes that had nothing to do with recalling anyone. If you are a Republican trying to organize for other campaigns and goals heading into 2020, everything you do is tainted by the recall nonsense.

Elections have consequences, and so do recalls — even when they fail.