After the failure of last year’s half-baked recall attempt against Gov. Jared Polis, which limped across the finish line with at most half the required number of signatures need even without factoring for error, one of the two groups nominally dedicated to the recall effort became a headline-making controversy after doling out thousands of dollars in unspent donations to a few original organizers and “friends.” This was particularly offensive to donors since the committee in question, the “Official” Recall Polis committee, publicly disparaged the petition campaign to recall Polis and spent no money on the effort.

When we last heard from the registered agent for the “Official” Recall Polis committee Juli-Andra Feuntes, she was facing potential legal action from the Donald Trump presidential campaign after renaming the committee “Colorado For Trump”–to which Fuentes responded by making an acronym of T-R-U-M-P, which now stands for “Truth will Restore the republic and Unbiased Media gives Power to the people.”

That bizarre report from last October was the last word we’ve had about the “Official” Recall Polis campaign and the recipients of that moribund committee’s loose change, until this week when a budding conflict on a new-ish conservative Facebook group named “Make CO Red Again” was brought to our attention: 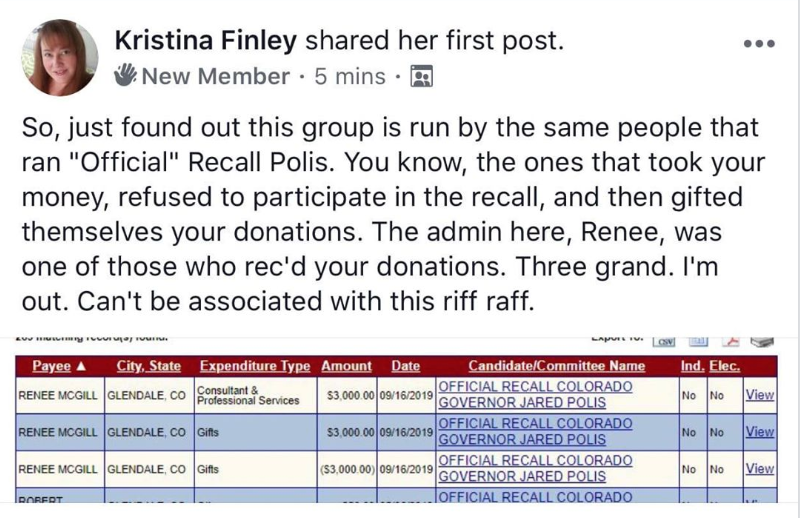 Readers will recall that Renee McGill, the Weld County lead organizer for the “Official” Recall Polis Committee, pulled down a $3,000 check from the unspent donations to the committee. McGill is now the administrator of the Make CO Red Again Facebook group. Obviously, given the failure of the Polis recall and the controversy over the money McGill was “gifted,” she should expect to have hurdles to overcome in future political organizing roles.

And she’s not the only one! 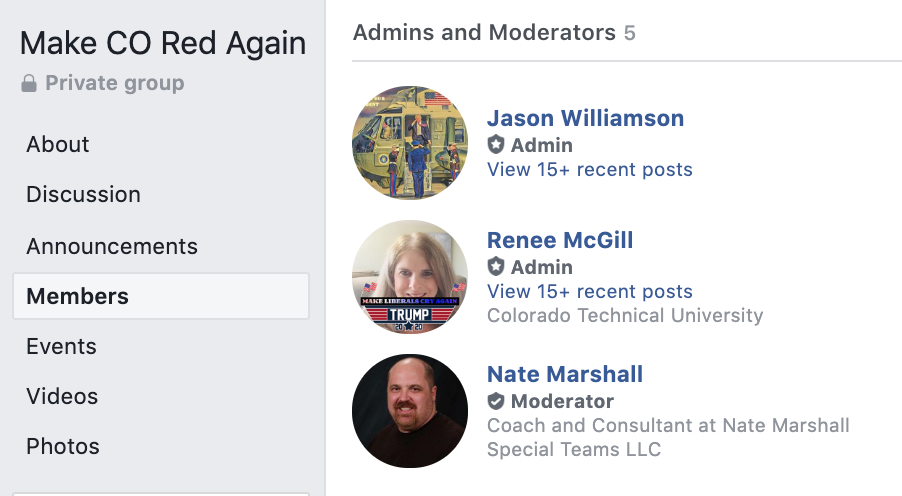 The moderator of the Make CO Red Again Facebook is a man our longtime readers know very well: Nate Marshall, a one-time Republican state house candidate whose 2014 run for office against Democratic Rep. Max Tyler imploded after Marshall’s not-so secret online life as an unabashed neo-Nazi became public. Marshall had been allegedly recruited to run against Rep. Tyler by former state Sen. Tim Neville, and was backed by the Rocky Mountain Gun Owners (RMGO) at the party assembly. When it came out in remarkably similar fashion to the recent outing of a neo-Nazi working at local AM radio station 710 KNUS that Marshall was steeling himself for an “Aryan Revolution” that “begins in just over 40 hours,” the chair of the Jefferson County GOP demanded Marshall pull out of the race.

So if by this point you’re thinking that this is not a Facebook group respectable Republicans should ever want to be a member of, we’d say that’s an astute observation. It is therefore a bit perplexing to understand why…so many…Colorado Republicans…are members of Nate Marshall’s Facebook group:

No really, lots of Colorado Republicans: 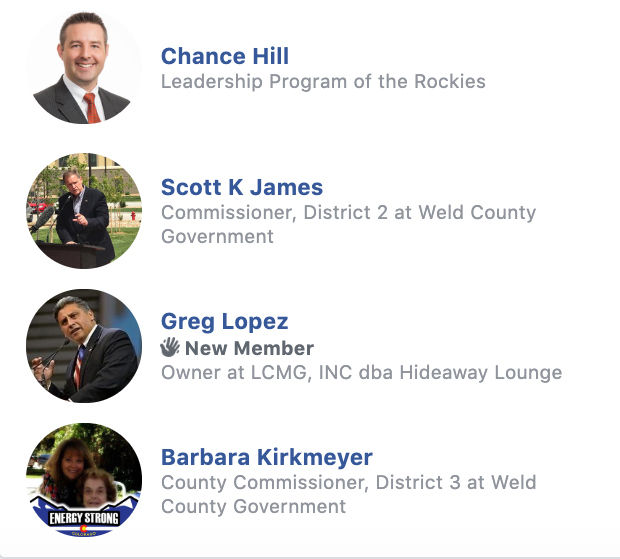 With all of this in mind, we are obliged to explain one possible caveat. There is a possibility that some of the Republican luminaries listed as “members” of this Facebook group were added by other members of the group. We’re not privy to the settings for this particular group, but that is a possibility. That being the case, there’s a chance that some number of high-profile Republicans are in danger of being wrongly associated with Republican political grifting of the worst kind, followed by the pleasure of being outed as a member of a Facebook group moderated by a Nazi.

For any such Republicans looking to avoid this fate, there is a button labeled “Leave Group.”

We suggest you use it right away.