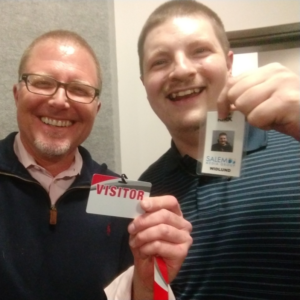 Last night, the management of local hard-right AM talk radio station 710 KNUS took another step in what may become by the end the biggest housecleaning in local broadcast history: following the abrupt termination of the Chuck and Julie Show after host Chuck Bonniwell said Tuesday on the air that a “nice school shooting” would make a good distraction from the impeachment of President Donald Trump, last night the station announced that alleged unapologetic neo-Nazi Kirk Widlund is no longer employed there either.

9NEWS’ Jeremy Jojola, who picked this story up early after Widlund’s original exposure by the Colorado Springs Anti Fascists, reports on Widlund’s Friday night trip to the cannery:

Widlund was the executive producer of The Steffan Tubbs Show and The American Veteran Show. He also hosts the 710KNUS podcast Keeping America Great.

He claimed years worth of neo-Nazi social media posts attributed to him are an elaborate hoax by the leftist group Antifa.

KNUS management declined to comment on the allegations. Widlund denied any connection to the account but would not discuss why his language on 710KNUS mirrored the social media account in April.

Although Widlund and host Steffan Tubbs strenuously denied he’s the same Kirk Widlund who owns the VK social media profile in question, local news outlets including 9NEWS and Westword quickly identified incidents in real local life discussed by “Nazi Widlund” on VK and IRL Widlund on KNUS, as well as interaction between Widlund and other local racists discussing upcoming protests at a controversial Denver all-ages drag show–all additional corroboration to what Colorado Springs Antifa had exposed in detail in their own story. In the end, there were simply too many pieces that fit together for this extensive social media history to have been faked by an outside party.

Now that it appears the management of KNUS, though they don’t want to come out and say it has reached the same conclusion that everyone else has following their “internal investigation,” Steffan Tubbs, who presents himself as the leader of KNUS’ pack of far-right local hosts, is very unhappy about the situation. And he’s lashing out hard at the press: 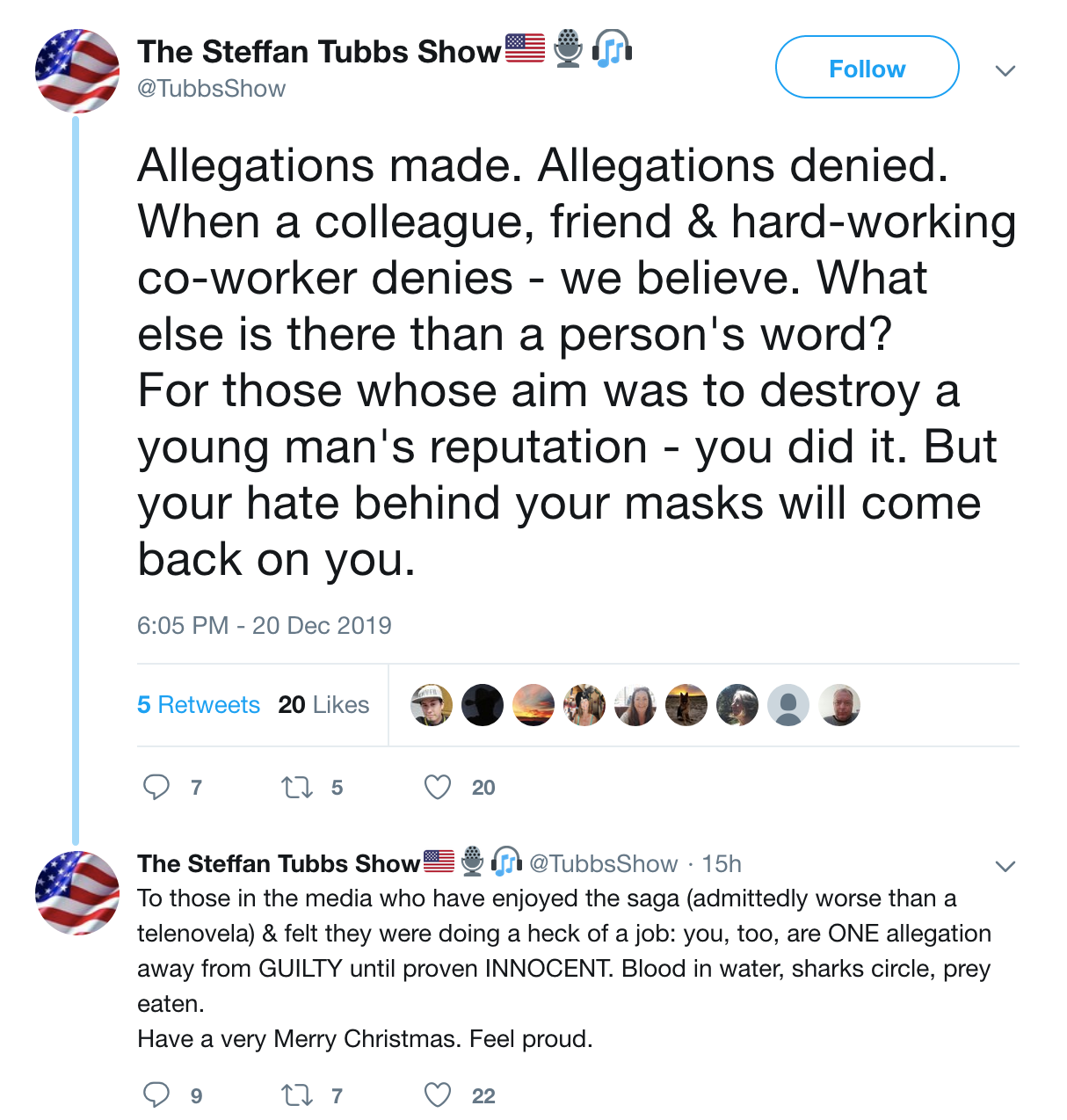 So no, Steffan Tubbs still apparently doesn’t think Kirk Widlund deserved to be outed as a closet Nazi. Or maybe he did, but the blame is still on those rascally Antifas and media types who “destroyed a young man’s reputation”–and not the convincing evidence Tubbs has been working side by side with a Nazi for years? Either Tubbs still believes Widlund was framed despite all the corroborating evidence against him, or being Tubbs “colleague and friend” is more important than being a Nazi. Whatever the answer is, it says more about Steffan Tubbs’ judgment than anything else, and Republican officials who appear regularly on KNUS should adjust their schedules accordingly–or be prepared to take some interesting phone calls when they do.

At the end of this ugly and eye-opening exposure of an unrepentant Nazi in an important role at a local radio station, overall we think the civic reputation of the Denver media market will emerge intact. Had it not been for the intense media and public scrutiny of this relatively obscure radio station following Chuck Bonniwell’s sickening remark about desirable school shootings, it’s possible that Widlund might have weathered his exposure as a Nazi simply by denying and holding out until the requests for comment dwindled. We’re pretty sure that’s what KNUS hoped would happen.

But as it turns out, we don’t put up with Nazis on the radio in Denver.

And that makes this holiday season a little brighter.