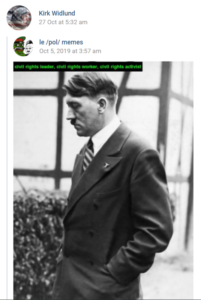 Brought to our attention yesterday though it’s been out for a few days apparently–the Colorado Springs Anti-Fascists, yes that means “Antifa” but before you pass judgement understand that this particular group has successfully exposed more than one local-area neo-Nazi via straightforward online sleuthing methodology, including an Air Force master sergeant at Schreiver Air Force Base who was demoted based on the group’s exposure of his white nationalist organizing on the side, appears to have caught another one.

And this one’s on the radio, at a Denver right-wing talk radio station that’s been in the news lately:

Kirk Widlund is a Neo-Nazi and the host of the Keeping America Great podcast, as well as Executive Producer for the Steffan Tubbs Show, The American Veteran’s Show, The Craig Silverman Show, and Bird Talk, on the Denver conservative talk radio station 710 KNUS, owned by Salem Media. Kirk lives with his parents in Aurora and is a registered Republican. Additional information about Kirk Widlund can be found here.

Kirk fronts as a typical MAGA chud on air and on his publicly facing social media – he stans for Donald Trump, stands with ICE, condemns Black Lives Matter, all the typical conservative stuff.

Kirk’s posts take a slight turn to the right on the Russian social media website VK, which is a hotbed for Neo-Nazis as they don’t enforce hate speech violations… 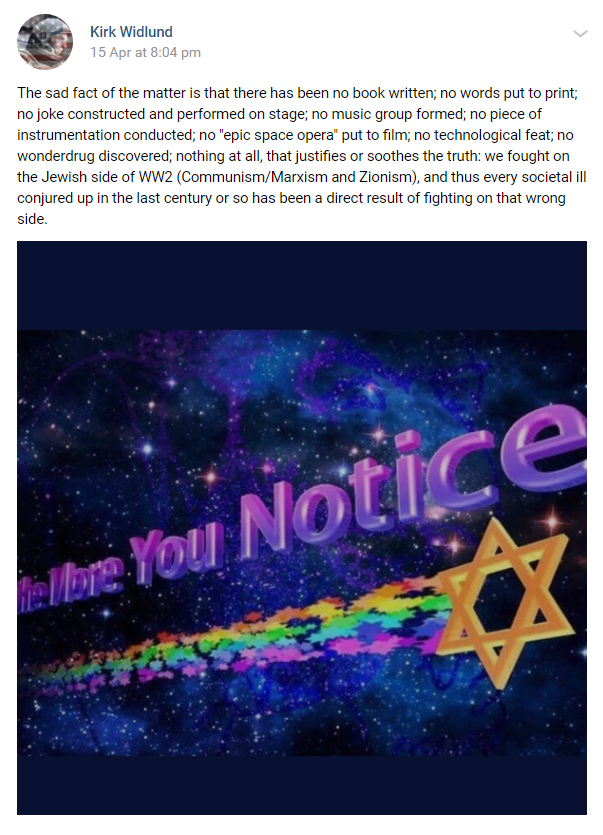 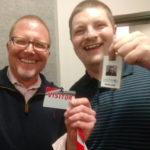 In the Colorado Springs Antifa blogpost you can follow how they tracked Kirk Widlund from a social media connection to a known local white nationalist by the name of Lucas Martin. A host of details including matching birthdates and comment threads between Martin and Widlund seems to indicate it’s the same Kirk Widlund currently employed as a producer at 710 KNUS–the same right-wing AM radio station that made national news a couple of weeks ago when they pulled the plug on host Craig Silverman in the middle of a segment of Silverman’s show criticizing President Donald Trump.

Before we go whole hog sounding the “Nazis on your AM dial” alarm, we do want to see this information confirmed, which we expect can be done easily and will be done shortly–we’ll update when we see that. But if this is right, and this source’s track record gives them undeniable credibility, talk radio in this town has taken an even nastier turn than anybody imagined.

Stay tuned–to us, not them.