SUNDAY UPDATE #3: The WhiteMaleVengers are combining their right-wing powers!

According to Chris Vanderveen of 9News, Team KNUS is holding a news conference tonight; all WhiteMaleVengers are expected to be in attendance. 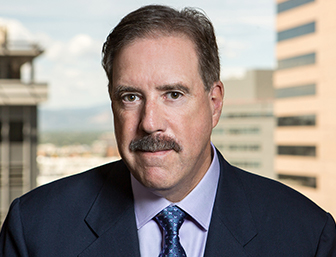 SUNDAY UPDATE: As you can see, firing Craig Silverman on the air worked perfectly for keeping Silverman’s criticism of Donald Trump on the down low! Newsweek:

Craig Silverman told The Denver Post that he had been in the middle of a segment about Roy Cohn, Trump’s former personal attorney, on the conservative KNUS radio station when he was told by the station’s program director that he was “done.”

Silverman, who had hosted The Craig Silverman Show on Saturday mornings at the station for more than five years, told The Post that his last segment before he was taken off the air had been to “observe how toxic Trump is in Colorado.”

“I cannot and will not toe strict Trump party line. I call things as I see them,” Silverman later tweeted. “I see corruption and blatant dishonesty by President and his cronies. I also see bullying/smearing of American heroes w/courage to take oath and tell truth. Their bravery inspires me.”

A Denver radio host says his conservative station booted him in the middle of his how because he played a clip that expressed criticism of President Trump. On his Saturday morning show, Craig Silverman, a former prosecutor, was sharing a 2015 interview with just-convicted Roger Stone in which Silverman said Trump’s relationship with the late lawyer Roy Cohn gave him pause…

Silverman told the paper he was taken off the air for replaying a 2015 interview with Trump surrogate Roger Stone, who was found guilty on seven federal charges on Friday including witness tampering.

In the interview, Silverman told Stone that one of his biggest concerns with Trump was his connection to Roy Cohn, who assisted Joseph McCarthy in the House Committee on Un-American Activities in the 1950s and later served as Trump’s personal lawyer. The Colorado radio station promptly took Silverman off the air and removed the webpage for his show from their site.

Representatives from KNUS did not immediately respond to a request for comment. The page for Silverman’s show appears to have been removed from the station’s website. A link to his show gives a “404 Error — Not Found” message.

Silverman’s last segment of the hour, before he was taken off the air, was to “observe how toxic Trump is in Colorado,” he said in a text. “And to continue my show theme today that Democrats are making a strong case at the House impeachment hearing.”

…Silverman voted for Trump in 2016 and initially supported the president. But recent comments on Twitter, his radio show and in opinion pieces show his stance on the commander-in-chief has soured.

We’ll update with Silverman’s appearance on CNN this morning once it’s available. Safe to say that whatever objective the management of 710 KNUS had in mind when they undertook this heavy-handed Pravda-style on-air act of brazen censorship has not been achieved. Rather than helping squelch criticism of Trump, they’ve made an unlikely martyr of a low-rated weekend talk radio host who dared to do just that.

Thanks Dylan. I cannot and will not toe strict Trump party line. I call things as I see them. I see corruption and blatant dishonesty by President and his cronies. I also see bullying/smearing of American heroes w/courage to take oath and tell truth. Their bravery inspires me. https://t.co/o9Z4cb7pfe

Thanks to his former management, we expect more people will see this message than ever listened to Silverman’s Saturday AM radio show.

UPDATE: We don’t have any word from Craig Silverman yet on what happened this morning, but yesterday on Facebook he asserted that today’s show “may be the greatest show I’ve ever presented.” It would appear that the management of 710 KNUS did not agree:

Former Ukraine Ambassador Marie Yovanovitch is an American hero. I have seen countless witnesses testify and she was one of the all-time finest. Her poise, courage and credibility inspire me. If you missed it, watch below.

Scott Robinson, legendary Colorado trial lawyer and media star, will help me break down the testimony and occurrences at the proceedings this week against President Donald Trump, Roger Stone, and Patrick Frazee. This may be one of the most special episodes of Craig’s Lawyers’ Lounge in its six-year history.

In fact, this show may be the greatest show I’ve ever presented. But so much depends on your willingness to listen and dialogue as we unravel some of this country’s most important events. History is happening. And happening is history.

Where else you gonna go on the radio for independent analysis of the most important events of our time? Be prepared to be challenged. I am. Join me on the AM radio dial.

The Craig Silverman Show, 9-noon Saturday mornings, or on line any time at 710KNUS.com.

…And then they fired him. Stay tuned.

Via CBS4’s Brian Maass, we’re looking for more details but it appears that longtime local talk radio host Craig Silverman of 710 KNUS was fired suddenly this morning after criticizing President Donald Trump on the air:

Sudden end to @craigscolorado show on @710KNUS today. He says management pulled plug mid show after he laid out anti Trump case and did same on another station. Says he was told ‘You’re done’ and they cut to other programming. Station leans conservative.

We’ve had our our differences with Silverman over the years, but he has earned a reputation for (at least graded on the talk radio curve) a greater degree of objectivity and a willingness to put hard questions to both sides.

Looks like you can’t do that on Denver talk radio anymore.