This is really a shameful Tweet, @COHouseGOP. a) Polis's name change had nothing to do with this. b) The appropriate officials scrutinized him and determined him to be the victim of an attempted crime. If you can't be better than this you deserve to lose. https://t.co/9oIyLeiPAn 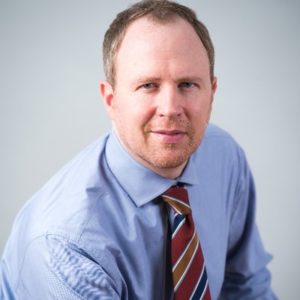 But by the end of the day, it was clear that Shepherd’s version of events wasn’t anything close what really happened. After Republican mouthpieces from the state Republican Party to the Republican Governor’s Association, and in turn Walker Stapleton’s campaign, began echoing this story with maximum hyperbole–including knee-jerk calls for Polis to withdraw from the governor’s race–local media took a look at the claims, and found a very different reality.

A two-decades-old police report details an altercation between Democratic gubernatorial candidate Jared Polis and his former personal assistant, as he attempted to prevent her from leaving his office with stolen documents.

In the police narrative, Polis said he pushed Patricia Hughes, at the same time that she was hitting him with a bag. The police report from June 23, 1999, was first written about in the conservative outlet The Washington Free Beacon. Polis is listed as the victim on the report. Hughes was charged and pled guilty to stealing trade secrets after police found company contracts in her bags. [Pols emphasis]

After a report from the conservative Washington Free Beacon about the incident was published Tuesday afternoon, several GOP groups emailed the 9NEWS newsroom about the story, including Better Colorado Now and the Colorado GOP. The story also gained considerable traction in some conservative circles on Twitter…

The Boulder County District Attorney’s Office said she was charged and eventually pleaded guilty to stealing trade secrets. The police report said bruises on the secretary’s arms didn’t match what either she or Polis told officers that day.

[T]he report…as well as other documents in the public record reveal that the only person charged with a crime in the incident was the female employee, the late Patricia Hughes, whom Polis held for Boulder Police Department officers (he had called them) because she’d stolen documents either before or after she resigned in response to accusations that she’d used his credit card for her own financial benefit. She later pleaded guilty to theft, and the judge in her case mandated that she undergo mental-health treatment.

“According to the court records,” says Catherine Olguin, spokeswoman for the Boulder County District Attorney’s office, which declined to prosecute Polis in connection with the incident, “he was the victim. She was ordered to stay away from him, among other conditions of her sentence.” [Pols emphasis]

Roberts goes into detail about the factual omissions and distortions to the original police report necessary to reach the conclusion of the deceptive story from Todd Shepherd. But none of that mattered to Republicans pushing this story with a zeal that betrayed an underlying desperation to land some kind of punch on Polis. By the end of the day yesterday, 9NEWS’ Kyle Clark had seen enough:

I have nothing against @shepherdreports, the conservative writer who did the original @jaredpolis story today. I officiated Todd’s wedding. But Colorado Republicans are desperately overplaying this with misleading claims. #copolitics #cogov #9NEWS

Given the aggressive contempt for media fact-checking that Walker Stapleton’s campaign has demonstrated so far this year, it’s a good bet that seeing this deceptive smear universally panned by local reporters won’t even slow down the attack ads and mail pieces. The clock was ticking on production of those items for delivery as ballots drop, which may have played into the decision to release this through the Free Beacon. The goal, as always, is simply to reach more voters with the false claim than the debunking reaches.

We don’t know all of the steps along the way that led to this story being published by a usual suspect conservative operative in a right-wing publication, but it’s highly likely that local Republicans “shopped” this story to local news reporters before resorting to breaking it through a less-credible outlet. The swiftness with which local media debunked this story after it was published in the Free Beacon means they may well have already found that the story wasn’t true, or at least not at all as represented by Republicans pushing it.

Much like Sen. Beth Martinez Humenik’s complaint against Sen. Daniel Kagan to deflect from the sexual harassment crisis in the Colorado legislature, and its release to deflect from Republican lawmakers cracking dismissive jokes about Brett Kavanaugh’s alleged sexual assault, this attempted smear shows that to Republicans, all of these events are nothing more than game pieces. There is no moral comprehension, let alone equivalence–just empty words to string together for the purpose of deflection and denial.

And lurking under it all, hypocrisy so audacious it’s stunning to behold.