Sen. Holbert Yucks It Up Over Kavanaugh Rape Allegation

UPDATE: The Colorado Senate GOP is responding to Bente Birkeland’s story, and it’s a disaster:

Colorado Senate Republicans today raised objections to a Colorado Public Radio report, appearing Tuesday, that falsely suggested Senate Majority Leader Chris Holbert and other lawmakers made jokes on social media about allegations of sexual misconduct that have emerged in the Brett Kavanaugh case.

The Facebook posts in question did not come in response to a news story or any substantive comments on the case. They came in response to a Babylon Bee parody, widely shared on social media, that took a playful swipe at California Senator Feinstein but DID NOT mention anything about sex or sexual misconduct.

“I read the Babylon Bee parody Saturday morning,” said Holbert. “It was satire, similar to The Onion, about seven-year-old Kavanaugh’s foot touching the floor while playing a kid’s game called ‘The Floor is Lava.’ I knew nothing about Dr. Ford or what she was alleging until Sunday. To claim that I was making light of those allegations before I knew about them is false.”

This explanation, of course, is nonsense. The existence of serious sexual misconduct allegations against Brett Kavanaugh was originally made public one week ago, on Wednesday September 12th. Those reports were the basis for the Babylon Bee satire post that House Minority Leader Patrick Neville posted on Saturday and Senate Majority Leader Chris Holbert responded to. The name of Kavanaugh’s accuser may not have been made public, but enough was known about the allegations for any reasonable person to realize that joking about this is in extremely poor taste.

Understanding this in the context of the Colorado Senate’s failure to police its own sexual misconduct problem, and this silly denial is something akin to the worst possible response. It would have been far better to say nothing at all, but either arrogance or a guilty conscience forced Holbert to keep talking. 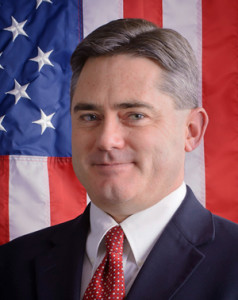 As our readers know, the past year has witnessed a major controversy in the Colorado General Assembly as staffers, lobbyists, and even lawmakers have come forward with allegations of widespread and pervasive sexual harassment by lawmakers in both parties. In the Colorado House, Rep. Steve Lebsock became the first sitting legislator in over a century to be expelled by a majority vote of the chamber.

In the Republican-controlled Colorado Senate, there was a very different result. Credible and thoroughly investigated allegations of harassment against Republican Senators were systematically downplayed the GOP leadership of the chamber. The lawmaker subject to the worst of the allegations, Sen. Randy Baumgardner of Hot Sulphur Springs, received preferential treatment from leadership up to and allegedly including the suppression of investigative information that could have changed votes at the failed hearing to expel him.

The member of GOP leadership principally responsible for the “cover-up” of the results of further investigation of Baumgardner was Majority Leader Chris Holbert, who has aspirations to be the next Senate President if the GOP holds their one-seat majority. At the very end of the session Baumgardner was further stripped of his remaining committee assignments, but the question of his continued service was left to 2019’s Senate.

Fast-forward this to yesterday’s related story from Bente Birkeland, the journalist who first exposed the widespread allegations of sexual harassment at the Capitol–in which the same Sen. Chris Holbert lets slip his inner ugly on the matter of sexual assault allegations against U.S. Supreme Court nominee Brett Kavanaugh:

In a Facebook post dated Saturday, Sept. 15, House Minority Leader Patrick Neville shared a link to a story from the Babylon Bee, a Christian news satire website, with the headline “Exclusive Report: Kavanaugh May Have Cheated While Playing ‘The Floor Is Lava’ As A Child.“

“An anonymous source who may or may not have ever been associated with the Little League has allegedly stated that, at the age of nine, Kavanaugh’s right foot did not touch the base when rounding second.”

This post was made last weekend, before Republicans in Washington had fully recognized the serious of the sexual assault allegation against Kavanaugh. Now that these allegations have delayed the vote on Kavanaugh’s confirmation, throwing his nomination into chaos, Republicans cracking bad jokes about the situation could not look much worse.

But for Republicans in the Colorado General Assembly, yes–it’s worse. Minority Leader Patrick Neville voted against the expulsion of Steve Lebsock. Sen. Holbert’s conduct in defense of Baumgardner was deeply questionable, but the situation hasn’t been resolved as all parties await the results of the upcoming election to determine who will be in control of the Senate in 2019.

What this incident, which we understand has been deleted, confirms to us is the lack of good faith we’ve already seen from Holbert on the issue of sexual misconduct against women in the Colorado Sebate. And it’s a very good indicator of what to expect if he becomes Senate President.

That is something every woman who intends to vote this year in Colorado should know. 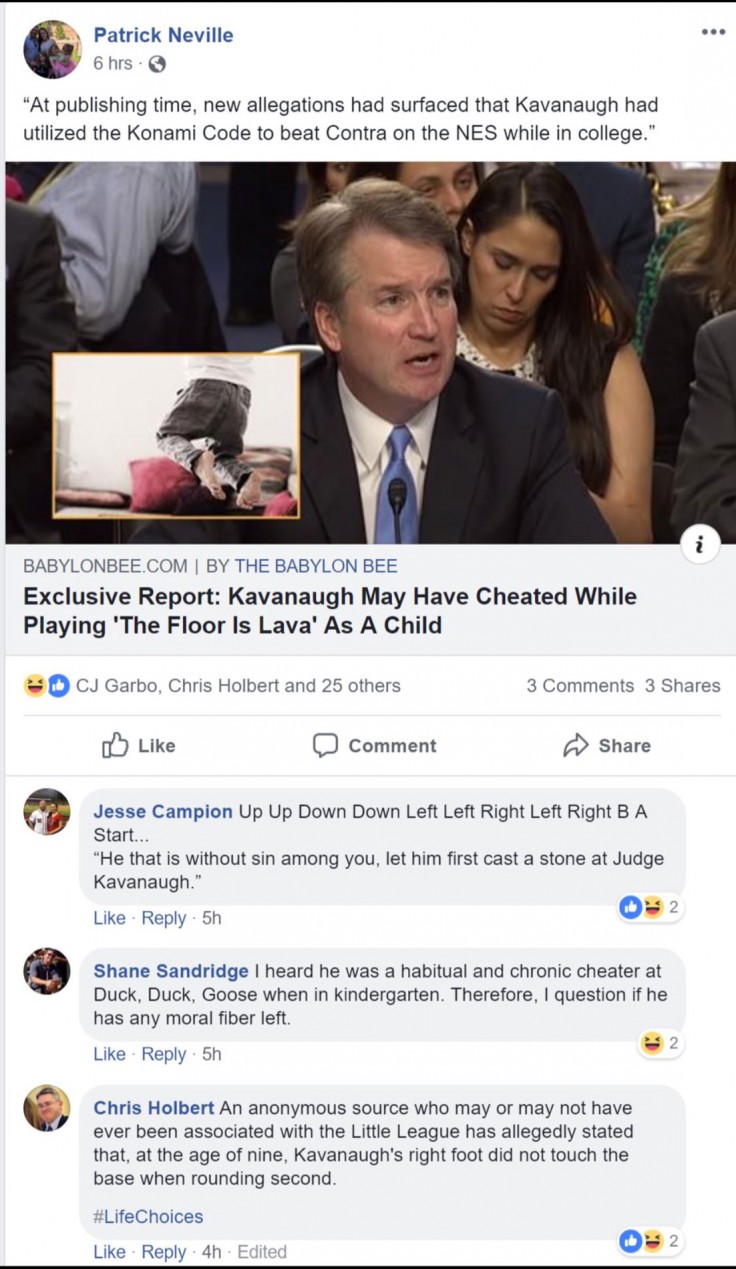