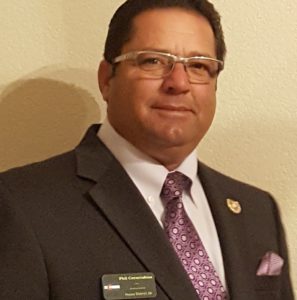 There are more than 5.5 million people in Colorado, and only 100 of them can serve in the Colorado legislature at any one time. The minimum age to serve in the legislature is 25, so it isn’t a true statistical analysis to say that you have a 1 in 55,000 chance of becoming a state lawmaker, but you get the point: It is statistically unlikely that you will ever take a seat in the Colorado General Assembly.

However…if you are a registered Republican and do not possess the ability to filter out crazy thoughts before they come spewing out of your mouth, then you are significantly more likely to end up serving in the State House. At least 3 of the 28 Republicans currently serving in the lower chamber of the Colorado legislature are race-baiting, nonsense-spewing wackadoos, continuing a long tradition of GOP dysfunction under the Gold Dome.

Every time Republicans rid themselves of someone like Doug Bruce, JoAnn Windholz, or Dr. Chaps, they welcome another right-wing rambler to the fold. In 2017, State Reps. Dave Williams and Phil Covarrubias took turns making fools of themselves and their party, and just before the end of the year another reinforcement was added in Judy Reyher.

Colorado Springs Rep. Dave Williams replaced Gordon “Dr. Chaps” Klingenschmitt in the legislature in 2017 and promptly made it clear that there would be no drop-off in irresponsibility. Williams’ idiotic “sanctuary cities” legislation was just one of his many inflammatory anti-immigrant positions that are completely divorced from reality, and the freshman lawmaker has proven elsewhere that he has no compunction about conjuring up controversies out of thin air.

Covarrubias, meanwhile, went from unknown lawmaker to national laughingstock when he stunningly defended the practice of Japanese-American internment during World War II. The Brighton Republican finished up his terrible year with a bizarre social media meltdown that included his claim that “liberals are racist against Americans.”

And then there’s Judy Reyher, who made terrible headlines even before she was sworn-in as the newest member of the State House. Reyher was selected by a Republican vacancy committee to finish the term being vacated by Rep. Clarice Navarro, and it wasn’t long afterward that we learned about Reyher’s horrible history of racist statements preserved by her social media accounts. Reyher even had the chance to distance herself from some of those comments in an interview with the Denver Post, but instead she doubled-down on racist statements such as “I hated the black half of Obama as much as I hated the white half.”

Williams, Covarrubias, and Reyher represent safely-held Republican seats that are probably immune to even the biggest of Democratic waves. Unfortunately for Republicans, these three will still inflict plenty of damage on the GOP in 2018.