UPDATE: Rep.-designate (we think that’s the right term because she hasn’t been ‘elected’ despite what she says below) Judy Reyher fires off a fresh statement signaling clearly that she’s not going anywhere:

When I decided to run for the vacant seat in House District 47, I fully expected a fight from the very moment I announced my candidacy. Sadly, everything I anticipated has come true. I am here today to inform all the hate-filled left-wingers that I am not backing down and will serve the great people of my district with both distinction and fervor.

In less than a week, Democrats across the entire country have left me dozens of vile and disgusting messages of hate. I would share these, but they are so distasteful they are barely worth dignifying with a response. The far left is so desperate to win my seat that they have concocted a ridiculous narrative of racism and hate. This is straight out of the Saul Alinsky playbook and shows the far left’s true colors of divisiveness and hate.

Those who have read the comments can plainly see that my responses were always thorough disgust of the left’s modus operandi in creating a vicious political atmosphere filled with division and strife. With nothing else in my experience to be grasped by them and with emotional immaturity, good Americans long ago came to expect this behavior from a morally bankrupt movement. Out-of-state groups are now using their own hate and vile manners in a blatant attempt to discredit anyone seen in opposition to their liberal position. These attacks are ridiculous, desperate, and I know voters will see through it as more garbage and divisiveness.

I am a proud 5th generation Coloradoan and an American who will dutifully serve all of my fellow Coloradoans with class and distinction. My record will reflect those values that we all hold dear. I make this commitment to all of you. I will also be working for all who live in my district. Anything less is a capitulation to the latest ridiculous ploy by the left.

Again she has not been ‘elected’ in the according-to-Hoyle sense of the word, but as you can see soon-to-be Rep. Reyher doesn’t have have time for your little technicalities. She’s headed to the Capitol, and there’s not a thing GOP leadership or either half of former President Obama can do about it. 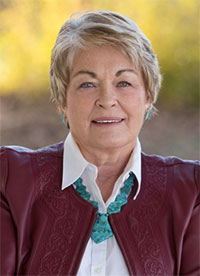 As Ernest Luning of the former Colorado Statesman reports–the possibility that straight-up racist highly controversial Rep.-designate Judy Reyher of the Arkansas River valley agricultural town of Swink, appointed this week to replace outgoing Rep. Clarice Navarro in House District 47, might be quickly swept under the rug via a challenge to the vacancy committee vote to appoint her appears to be dwindling:

Reyher was having none of it.

“The secretary and the teller committee certified the vote,” she told Colorado Politics after learning about the challenge from a reporter. “It was a secret ballot. End of story. She’s mad that she lost, so she’s going to cause a ruckus for no reason — she doesn’t understand what the words ‘secret ballot’ mean. It’s just sour grapes.”

Jace Ratzlaff, Navarro’s husband and one of the vacancy committee members, was furious when he learned Axworthy had shared with GOP officials and the media what he considered a private text message assuring her he’d voted for her. While he declined to reveal how he’d cast his secret ballot — “it would diminish the process,” Ratzloff said Tuesday night — he called it “unfortunate” that Axworthy was challenging the result.

“Judy won. Tamra did not win. They are both fine ladies, but in every election there is a winner and there is a loser. And I take offense to the fact that someone is contesting a vacancy committee that was held where all the I’s were dotted and all the T’s were crossed. This is a case of sour grapes,” Ratzlaff told Colorado Politics. “Now that I know that Tamra shared a personal text message, I would absolutely have reconsidered my allegiance.”

The story of Judy Reyher’s disastrous interview with the Denver Post, in which she happily restated many of the looniest items she had ever posted to her Facebook page (and as our friend Jason Salzman reported over a year ago, they were pretty damn looney)–and flat-out told the reporter on the record that black people “hate white people with a passion”–is quickly going national. Despite this, Colorado Republican leadership including the minority leadership in the Colorado House have failed to offer anything other than token condemnation in response–certainly no public indication of pressure for Reyher to withdraw before she is sworn in shortly as a GOP state representative.

This has of course happened before–and recently. In the immediate aftermath of the domestic terror attack on a Planned Parenthood clinic in Colorado Springs in November of 2015, then-Rep. JoAnn Windholz blamed Planned Parenthood for the violence in unambiguous terms on social media. Windholz later deleted the post from Facebook but never apologized; and her defeat in the following election, as well as brand damage that helped Colorado Democrats grow their House majority in 2016 against the tide of a “GOP wave,” can be attributed to the failure by House GOP leadership to take swift action against Windholz.

Well, folks, here we go again! How many seats will Rep. Reyher be worth to Democrats in 2018?