The State of the Race (for the State)

The 2018 race for Governor in Colorado is adding candidates at a rapid pace, with Democrats Ed Perlmutter and Cary Kennedy joining the field just this week. We’re keeping track of all of the big political races in Colorado through The Big Line, but with so much activity surrounding the open race at the top of the ticket in ’18, we thought it would be worthwhile to break down The State of the Race (for the State) on its own: 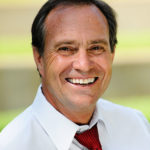 Congressman Ed Perlmutter (D-Jefferson County) officially joined the race for Governor with a big kickoff in Golden on Sunday. Perlmutter is the clear frontrunner here for a number of reasons:

1. Perlmutter begins the race with a strong base of support in Jefferson County, which is traditionally one of the most important swing counties in Colorado. Thanks in part to his decade of service in Congress, he is also well known in voter-rich areas like Adams and Arapahoe counties.

2. Perlmutter is both a proven fundraiser and an accomplished retail politician; there aren’t a lot of politicians in Colorado who can do both things well.

3. All he does is win. Perlmutter has been elected six times in Congressional District 7 – never by less than double digits.

Also on the upswing is former state Sen. Mike Johnston, who raked in more than $600,000 in his first fundraising period. Johnston’s next trick is to prove that he can find more than just some fat low-hanging fruit to collect. If he can churn out another strong fundraising quarter – with Perlmutter and Kennedy now in the race – Johnston could start to generate some serious momentum with less than a year to go until the Democratic Primary. 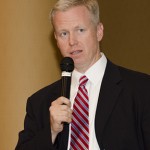 Former State Treasurer Cary Kennedy has been talking about making a bid for Governor for years, so it was a bit odd that she suddenly decided to join the race one day after Perlmutter’s big rollout. Kennedy made her campaign announcement in an awkward Facebook Live video that featured the candidate driving through a wealthy neighborhood before stopping outside her Denver home. The entire performance was stilted and overly-scripted, and while Kennedy got some decent press for her campaign, she won’t generate any momentum from her Facebook Faceplant.

Arapahoe County District Attorney George Brauchler finally became a statewide candidate after years of threatening to run for higher office. Brauchler got some big help from the Denver Post in his “virtual announcement” for Governor, and he’s been burning up the right-wing talk radio circuit ever since. His platform for Governor is a bit of a head-scratcher, however. Brauchler has thus far focused his chatter on a pledge to execute convicted killer Nathan Dunlap and a promise to make dramatic cuts to Medicaid in Colorado – neither of which seem like good issues to attract new voters. Brauchler is also already waffling on plans for making it through a Republican Primary; after initially saying he would go through the convention/caucus process, Brauchler made it clear in a recent radio interview that he has not ruled out trying to petition his way onto the ballot. If you like your candidates indecisive, Brauchler is your guy.

Current State Treasurer Walker Stapleton has been angling toward the 2018 Gubernatorial race since he was first elected in 2010. So where is he? Stapleton may not formally announce his campaign for Governor until this summer, which is a long time to cede the spotlight to the rest of the candidates already running full-steam ahead. Stapleton is not a big-enough name or personality to just wait out the race on his own timeline, and the flurry of early activity in the Governor’s race may force him to adjust his planned schedule. Stapleton is also the Republican candidate with the deepest potential donor base (he is a cousin of former President George W. Bush, after all); if he’s confident that the money will wait for him, maybe a late start won’t be a major hurdle.

Also still eying the race on the Republican side is DaVita CEO Kent Thiry, though it still looks like the chatter is more rumor than reality. Both Noel Ginsburg (D) and Victor Mitchell (R) have already laid claim to the “businessman candidate” angle for 2018.