Brauchler Runs For Governor, And The Waters Will Not Part 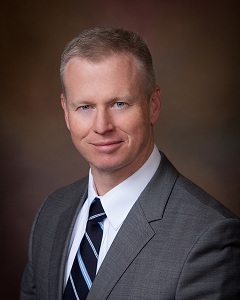 George Brauchler, the prosecutor of the Aurora theater shooter, will announce his bid for Colorado governor Wednesday, entering as the early Republican front-runner in the high-stakes 2018 race.

“Everything important in my life is here in this state … and what I see is a state that is in need of leadership,” he told The Denver Post before his announcement. “I think I can provide that leadership — not just for now, but for the future.”

…Brauchler, 47, is the most high-profile candidate to date to join the campaign to replace term-limited Democratic Gov. John Hickenlooper.

The contest is expected to become crowded, with another top Republican, two-term state Treasurer Walker Stapleton, looking to make a run — a possibility that pushed Brauchler to announce his intentions sooner rather than later.

First of all, Frank anointing Brauchler as the “early Republican front-runner” is silly in a race where he is the first “Tier 1” candidate to formally launch–he certainly will not be the last, with Treasurer Walker Stapleton widely expected to announce his own run in the near term. Secretary of State Wayne Williams is also lurking as a possible candidate, and we’ve been told there are other significantly bigger names than Brauchler’s on the periphery looking in. Brauchler has gained notoriety by being by far the most politically visible district attorney in the state–which has gotten him into real trouble in his day job. Brauchler’s biggest claim to fame, being the prosecutor in charge of the Aurora shooting trial, is a decidedly mixed bag after he failed to win the death penalty phase of the trial.

Looking at the Republican primary electorate, which is overwhelmingly behind President Donald Trump in polling despite Trump’s loss here in Colorado, we see a hunger for an “outsider “candidate that frankly none of the current contenders–with the possible exception of Victor Mitchell, a self-funder who rage-quit the Colorado legislature after a single term–can satisfy. Brauchler’s name has been in circulation for long enough that he can’t claim to be that candidate, especially with the pundit class tripping over themselves to declare him the “early front-runner.”

Bottom line: Brauchler is obviously going to have some GOP institutional support in this primary, but he’s no field clearer. Watch for the field of Republican gubernatorial primary candidates to grow, and soon–and we’ll see if Brauchler has the chops to compete down the stretch.