UPDATE: Via Jason Salzman, Arapahoe County DA George Brauchler goes off the rails today on talk radio, blaming pretty much everybody but himself for losing the death penalty case. Safe to say this was not his finest performance–a telling look at what happens when the shine comes off the “golden boy.”

.@ColoradoPols: if the sentence had been death, would u have written ‘Huge victory for politically minded @GeorgeBrauchler?’ #copolitics 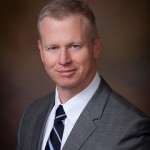 As word spread on Friday that the jury in the Aurora theater shooting trial would not sentence the shooter to death, we noted via Twitter that this result is a major defeat for Arapahoe County DA George Brauchler. Brauchler’s higher political ambitions are very well known, after he was mentioned as a potential GOP challenger to Gov. John Hickenlooper last year–and as Republicans have faced big problems finding a candidate to run next year against incumbent Sen. Michael Bennet, Brauchler’s name has been invoked in that race as well.

It’s not that we were trying to be crass about this story. We’re a political blog, and politics is the angle we are expected to take on the events of the day.

As our friend Lynn Bartels suggests above, the verdict in the Aurora shooting case could have gone either way–and might have had very different political implications had the jury chosen to recommend a death sentence. But the fact is that Brauchler did pursue the death penalty despite an offer from the defense of an uncontested sentence of life in prison with no possibility of release–and that unsuccessful pursuit of death for the Aurora theater shooter extended the pain and expense of the process by over a year and millions of dollars.

Friday evening, 9NEWS devoted a news story entirely to the Tweets of Jordan Ghawi, the brother of Aurora shooting victim Jessica Ghawi, in which Jordan Ghawi condemned Brauchler’s “political ambition trumping reason.” After the verdict, Ghawi thanked jurors for “letting reason and not emotion guide you in your decision.” Naturally, opinions vary markedly among survivors and family of Aurora shooting victims as to whether or not the killer should have been sentenced to death. But Ghawi’s powerful statements against more killing in response to the death of his sister, and calling out of the “political ambition” that drove the decision to seek the death penalty, at least partly deprive Brauchler of the ability to claim the moral high ground now that the killer has been spared.

Indeed, the only real story of misconduct related to the Aurora shooting trial involves Brauchler himself. During the trial, Brauchler was harshly criticized by Judge Carlos Samour for Tweeting about the trial from the courtroom. Brauchler’s ill-advised Tweets violated the judge’s order against social media from the courtroom, led directly to the dismissal of three jurors from the trial, and was later the subject of a complaint filed with the Colorado Office of Attorney Regulation Counsel. Republican defenders of Brauchler tried hard to downplay this incident, but after jurors were dismissed over it, there was little for Brauchler to do but take his lumps.

Politically, that misstep might have been forgotten basking in the “glory” of a death sentence, but Brauchler did not win a death sentence. The additional months and millions of dollars spent “needlessly” at trial, as Jordan Ghawi put it, were all for naught. In the end, it doesn’t really matter if you supported the death penalty in this case or opposed it. Today the story is only that the Aurora shooter will not be executed, and that Brauchler had some moments of bad publicity on the way to losing the death penalty case.

No matter how much you may like Brauchler, feel like he did the “best he could,” or (the one that probably matters most) need him to shore up a dwindling Republican bench in Colorado, this outcome does not set Brauchler up to run for higher office.

And we all know it.