Get Ready for a Very Expensive Race for Governor 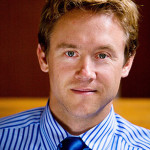 As John Frank reports for the Denver Post, the 2018 Colorado gubernatorial race just got a lot more expensive:

Democrat Mike Johnston will report raising more than $625,000 for his gubernatorial campaign to open the year — a sum his campaign touted as a record haul.

The former state senator entered the 2018 race for Colorado’s governor Jan. 17 and recruited more than 2,500 donors in his first 10 weeks as a candidate.

Johnston’s impressive Q1 fundraising haul certainly raises the bar for every other potential gubernatorial candidate and likely means that we are in store for the most expensive “statewide” (non-federal) race in Colorado history.

The last time Colorado had an open seat for Governor was in 2010, when Democrat John Hickenlooper handily defeated Republican Dan Maes and American Constitution Party candidate Tom Tancredo. Those three candidates together spent about $5.5 million (not counting independent expenditures, PACs, etc.), a total which will likely be dwarfed by the time we are finished with the June primaries next year. Republican candidate Victor Mitchell is already pledging to spend at least $3 million of his own money, and several other major contenders — including Democrat Ed Perlmutter and Republicans Walker Stapleton and George Brauchler — haven’t even begun to fundraise in earnest.