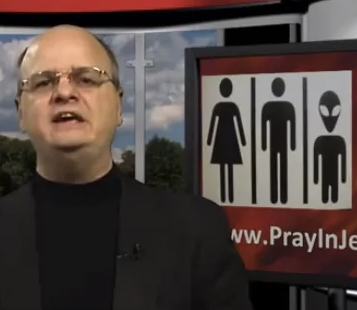 Last November’s punishing defeats for Colorado Republicans up and down the ballot have left the party searching in the dark for a rallying point to rebuild from. According to outgoing GOP chair Kristi Burton Brown, that “fresh start” coming in the form of Republican candidates running in nominally nonpartisan municipal and school board elections coming up this off-year. The abandonment of any pretense of nonpartisanship in these low-level races, and their conscious re-alignment with the larger political divide, is a phenomenon we’re calling the “Aurora Model” after former GOP Congressman Mike Coffman’s long game to assemble a controversial partisan Republican majority on Aurora’s City Council.

In Colorado Springs, where the final petitions for the mayoral and at-large City Council races are due next Monday, former GOP Secretary of State Wayne Williams is up against 2016 GOP U.S. Senate candidate Darryl Glenn in the race to succeed former GOP Attorney General John Suthers–an intra-GOP affair with few expected surprises. But in the at-large City Council race, where the top three candidates will win a seat and five candidates are currently on the ballot, former Rep. Gordon “Dr. Chaps” Klingenschmitt is hoping to start a Coffman-style road back to relevance. “Dr. Chaps” has been out of office for six years, but longtime readers will remember how Klingenschmitt’s joyously unhinged rhetoric made him a star of the fringe right back in 2015–claiming that an assault on a pregnant woman in Longmont was “a curse of God upon America” for allowing abortion,  that LGBT people “want to rule you” and that that gay Scoutmasters should prefer to be “drowned in the sea” than face God’s wrath. Chaps authored the 2012 book The Demons of Barack H. Obama and thinks “Obamacare causes cancer.”

Assuming there aren’t too many more late entrants, Klingenschmitt has a pretty decent shot at winning his first elected office since vacating his Colorado House seat to unsuccessfully run for the state Senate in 2016. Though perfectly in keeping with the city’s reputation for rehabilitating Republicans stepping down from state office, for Republicans hoping to move past the last several increasingly disastrous election cycles, Dr. Chaps is yet another sign that Republicans have no interest in meaningfully changing course in order to become more competitive across the state.

Republicans hate to admit it in polite company, but Dr. Chaps is who they are.