“It’s the Industry That is Unappreciated in Speeches” 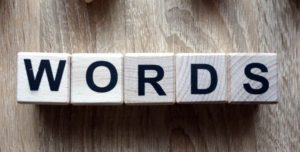 Colorado Republicans kicked off the 2023 legislative session by immediately proving that they had no intention of acting like serious adults and adjusting the course that brought them to their smallest representation at the State Capitol in generations. This week, they are literally counting the appearance of certain words in “the “State of the State” speech (SOTS) delivered by Gov. Jared Polis.

Republican legislators are still obsessed with their imaginary gripe about a “war on rural Colorado” being waged by Democrats — the sort of closed-loop idiocy that results in Republicans projecting “MeatOut Day” as a larger coordinated attack on Colorado’s livestock industry — and they can prove it by hitting ‘control-f’ on their computers.

Statement from House Republicans following the “State of the State” speech.

One line in this statement is particularly ridiculous: “It’s the industry that is unappreciated in speeches” is beyond parody. The rest of the statement isn’t any better.

“In his 70-minute, 8,000-word monologue, the governor mentioned “agriculture” one single time. For perspective, the name ‘Gandalf’ was used three times. The governor may find humor in Lord of the Rings and Star Wars references while addressing the state, but Colorado’s struggling ranchers and farmers don’t quite find it as funny when they’re the ones being left out.” 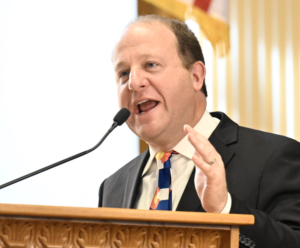 You can read the entire text of Gov. Polis’s prepared speech by clicking here. Polis did not actually “leave out” ranchers and farmers, but apparently he didn’t use those words enough for House Republicans. In Polis’s prepared remarks, the words “agricultural,” “farmer,” and “rancher” are all included:

“Farmers and ranchers across the state fear that Colorado won’t have the water resources to sustain the next generation of agricultural jobs.

When Colorado is 150, I want our state to have the water resources necessary for our farms, communities, and industries to thrive, and the tools in place to protect our state’s waterways and defend our rights.”

The word “water” appears 24 times in the SOTS speech. It is true, however, that the word “food” only appears twice in the speech, which obviously means that Polis is anti-eating. Also suspicious: No mention of the words “cow,” “chicken,” “steak,” or “hamburger.” And not once did Polis say “meteorite.”

In order for Republicans to start winning again in Colorado, they need suburban voters to swing in their direction. But their focus is elsewhere:

“There’s more to Colorado than a handful of metros and cities like Denver and Boulder. Our districts encompass the vast majority of geographical territory in the state.”

This would be great news for the GOP if dirt could vote. Alas, people still make the decisions in a democracy, and people in Colorado tend to live near “metros and cities.”

“We may be an afterthought to those in their ivory towers or gold domes looking down, but our agriculture community remembers every day the struggles we go through to keep Colorado’s economy and people strong. Agricultural businesses and families have earned more than one or two passing lines when discussing the current and future state of Colorado.”

So many gold domes.

This is what House Republicans are doing with their time. If Polis would just say “agriculture” a half-dozen times, then everything would be cool? Is that really the argument here?

Instead of recognizing the root causes that led to their micro-minority status, Republicans keep focusing on losing issues such as opposition to abortion rights and mindless support of people carrying any sort of firearm in any situation (even at the State Capitol). Last week ended with no House Republicans co-sponsoring the completely-benign annual resolution honoring Dr. Martin Luther King, Jr. — an unprecedented move that won’t help the GOP attract future support from Black voters. That resolution passed in the State Senate on Tuesday with only Senate Minority Leader Paul Lundeen adding his name as a co-sponsor.

You can argue that government functions best when there is more than one political party piloting the ship. You can’t make that argument when one of those political parties is spending time and energy counting the number of specific words in a speech and extrapolating some sort of ridiculous grievance from the result.