It’s all too true.

This calls for the “Quad Facepalm.”

The Colorado legislature kicked off its 2023 session with many new names and faces…and some oddly-familiar rhetoric.

After the 2022 “Bluenami” in Colorado that saw Republicans get hammered across the state, we wondered if the GOP would take a different approach to “governing” at the State Capitol. After all, Republicans are working with historically-low numbers in the state legislature (a 23-12 minority in the State Senate and 46-19 in the House of Representatives) that you would think might cause them to second-guess some of their policy positions and the manner in which they discuss those priorities.

But as we learned from Republican Congressperson Lauren “Q*Bert” Boebert, Colorado Republicans learned nothing at all from getting walloped at the polls in 2022. On the opening day of the Colorado legislature, Republican Rep. Ken DeGraaf of Colorado Springs (HD-22) nominated fellow freshman Republican Rep. Scott Bottoms of Colorado Springs (HD-15) as Speaker of the House. This was a perfunctory nomination that had no chance of succeeding — Democrat Julie McCluskie was easily confirmed as Speaker a bit later — but it was DeGraaf’s rhetoric that proved telling for what to expect in the next couple of months.

DeGraaf read his nomination of Bottoms from prepared remarks, delivering his comments in a nasaly intonation that made his frequent use of the Thesaurus sound fairly silly. For example:

“As a citizen, Representative Bottoms is aware of the damage done to our economy by the frivolous spending of this body, and understands that we must remove the jackboot of good intentions from the neck of liberty to enable human thriving.”

At one point DeGraaf even quoted Karl Marx (yes, really). Eventually, he came to the meat of his disagreement with Democrats:

“Last year, fetal harvesting bill HB22-1279…specifically removed any rights of personhood but even any mention of humanity of the unborn human for the purpose of specifically denying the 5th, 8th, and 14th amendments stating a fertilized embryo or fetus does not have independent or derivative rights under the laws of the state and authorized extermination via any medical procedure, any instrument, any agent, or any drug. And ‘any’ is a very broad range…”

In case you were hibernating for most of the last year, the issue of abortion rights played a MASSIVE role in the 2022 election cycle and certainly cost Republicans a significant number of votes in every contested race. Using a good part of your first speech on the House floor to rail against Democrats for supporting abortion rights is not a particularly well-considered decision. But it gets better:

“…This is a very dangerous vector. What we learned from history is that we never learn from history, [Pols emphasis] but if we did, we would recognize that normalizing the stripping of any creator-endowed image of god of a humanity or personhood leads to subjugation, slavery, and genocide. That is a vector we should avoid, not champion as a growth industry.” 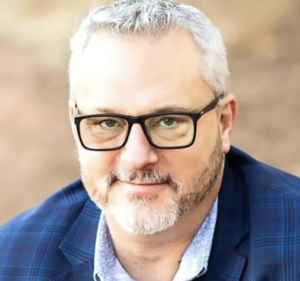 State Rep. Scott “There is No” Bottoms (R-Colorado Springs)

When DeGraaf had finally droned on for long enough, Rep. Bottoms stepped up to the microphone and made this off-key declaration:

“We’re not going to have any power this session – we understand that. But we do have principles, and that’s what we’re going to be standing on…

Why would you bring this up? Republican Rep. Ron Weinberg was already in the news after two guns were stolen out of his car outside of the State Capitol late Sunday/early Monday. Weinberg says that both guns were unloaded and included trigger locks, but why in the hell would you have two guns in your car at the State Capitol?

Bottoms is correct that Republicans don’t have any power in the legislature — because voters rejected their right-wing rhetoric across the state in 2022. But for some reason, the remaining Republicans at the State Capitol thought it would make sense to kick off the 2023 legislative session by vomiting out the exact same crap that got them into this micro-minority position in the first place.

It’s almost as if Colorado Republicans have no idea what they are doing.