There is Still No “War on Rural Colorado”

Colorado Republicans were overplaying this card (again) ahead of the 2020 election, accusing Democratic Senate candidate John Hickenlooper of ignoring rural Colorado with vague declarations such as this one from former State Rep. Mark Hillman of Burlington: “Many rural Coloradans believe we’re not being heard by our elected officials.” Then-Senator Cory Gardner regularly lobbed this grenade at Hickenlooper, though Gardner himself ghosted The Grand Junction Daily Sentinel when the editorial board was interviewing candidates for endorsements.

These one-note Republican whiners believe that one voice from “rural Colorado” should be equal to 100 voices from Denver because…well, just because. There’s no real logic here — it’s just simple-minded outrage politics from Republicans who don’t know what else to say about their rapidly-waning influence among a changing electorate.

The “war on rural Colorado” nonsense has become such a political crutch for certain Republican politicians, most notably Sen. Jerry Sonnenberg (R-Sterling-ish), that they are beating the absolute hell out of what was already a shaky argument. Earlier this week, Sonnenberg and Rep. Rod Pelton (R-Cheyenne Wells) threw down the “war on rural Colorado” card during the discussion over legislation about junior colleges and about requiring more transparency when pet stores sell puppies and kittens. Both of these bills happen to be sponsored by Republicans who represent rural Colorado, but facts are for sissies. DEMOCRATS HATE RURAL COLLEGES AND RURAL PUPPIES AND RURAL KITTENS! 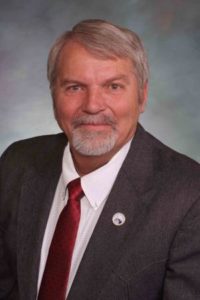 The short version is that this is a bill intended to make it harder for disgusting “puppy mills” to continue operating in Colorado. One of the bill’s prime sponsors is Rep. Matt Soper, a Republican from the great metropolis of Delta, Colorado. But Rep. Pelton, who also serves as House Minority Whip, apparently missed this important fact. Said Pelton:

…Where does it end, people? Rural Colorado is tired of this building eating away at the different industries that affect us.

Similar antics took place during a discussion about SB21-008, a bill that seeks to remove the word “Junior” from the names of certain colleges; for example, “Trinidad State Junior College” would become “Trinidad State College.” As for WHY we need to do this, our understanding is that it has something to do with making the school names sound more prestigious or something. Regardless, the bill is sponsored by Sen. Cleave Simpson (R-Alamosa) and Rep. Richard Holtorf (R-Akron), both of whom actually represent rural Colorado.

Again, these “facts” didn’t stop Sen. Sonnenberg from vomiting out his “war on rural Colorado” rhetoric:

You can’t have somebody in Denver that sits in an office up here that oversees all of the junior colleges, telling Northeastern Junior College this is the way it’s going to be without some sort of community engagement. This is the ultimate [case of] urban telling rural, ‘nah, this is what’s better for you.’

Much like Rep. Pelton in the earlier discussion, Sen. Sonnenberg hadn’t bothered to collect any facts on this issue. Senator Simpson later politely explained that he agreed to sponsor SB21-008 BECAUSE he was approached by community stakeholders interested in the idea; Simpson even talked about a letter of support from the advisory boards of four of the six schools that would be affected by the name change.

State Sen. Chris Holbert, the Senate Minority Leader, even took his turn at the podium to caution members against the kind of unfounded allegations made by Sonnenberg earlier:

As this bill moves forward, I would diminish the perspective that Denver — the Metro Area — is somehow pushing this on Northeastern [Junior College] or that community.

There is not a “war on rural Colorado,” but there is a “war on reality” for some Republicans. And they’re not winning.