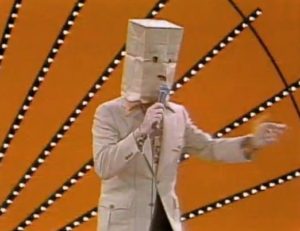 Former GOP state Rep. Mark Hillman’s career in public office may have sputtered out in the bush leagues of the state legislature, but he continues to lob spitwads into the marketplace of ideas via whatever opportunities are afforded him by local media and sympathetic partisan outlets kind enough to republish him. Yesterday, Hillman wrote in the Aurora Sentinel that rural Coloradans like himself are not into this John Hickenlooper character one bit:

This year has no doubt been a tumultuous one for citizens in Colorado and across the country. Some issues (like a particularly bitter election cycle compounded by a global pandemic and endless protests) are new. Others (like a government that shows little regard for rural communities and citizens) are all too familiar for citizens living east of the Front Range.

Many rural Coloradans believe we’re not being heard by our elected officials and John Hickenlooper has not done much to change our mind.

The former governor recently chose to skip the Club 20 gathering of Western Slope organizations. Hickenlooper seems to think that it’s unfair to have to stand up and be held accountable for taking policy positions which could prove ruinous to Western Slope communities. He’d rather not look into the eyes of the folks he knows will be jobless if he wins. This guilt may explain why Hickenlooper has not graced the Eastern Plains with his presence either…

As readers know, Hickenlooper wasn’t the first Democratic candidate to determine that Club 20 isn’t representative enough of the Western Slope to kowtow to. We could take a further gratuitous opportunity to point out that politicians who want to win elections go where the people are, and on the Western Slope and Eastern Plains of the state, there just aren’t that many people–but it’s not necessary to be rude. Former Gov. Hickenlooper will certainly get out to the hinterlands between now and November. Especially in the middle of a pandemic, this feeble and premature complaint doesn’t hold water.

He’d rather not look into the eyes of the folks he knows will be jobless if he wins. [Pols emphasis]

This particular line, though, is where Hillman goes definitively off the rails. It’s a regular allegation from Colorado Republicans that Democrats are out to “destroy the oil and gas industry in Colorado.” But if there’s any Democrat in the state to whom that label does not stick, it’s John Hickenlooper. After the National Republican Senatorial Committee (NRSC) piled on in support of Hickenlooper’s primary opponent over Hickenlooper’s less-than-hostile relationship with the oil and gas industry as governor, Republicans can’t just pivot 180 degrees and claim that Hickenlooper is going to destroy that same industry.

Well actually, of course they can–it’s ridiculous, that’s all. It’s the same dilemma faced by Sen. Cory Gardner, who has stuck to his script of bashing “socialist Democrats” even after Hickenlooper, who ran for President despite much criticism on a platform of “I’m not a socialist,” became Gardner’s opponent. As much as Hickenlooper irritated ideologue Democrats during his presidential run and to some extent the Democratic U.S. Senate primary with his contrarian branding, these pre-scripted talking points from Republicans against “socialism” simply don’t work against Hick in the general election.

They’re talking about somebody, but not John Hickenlooper.