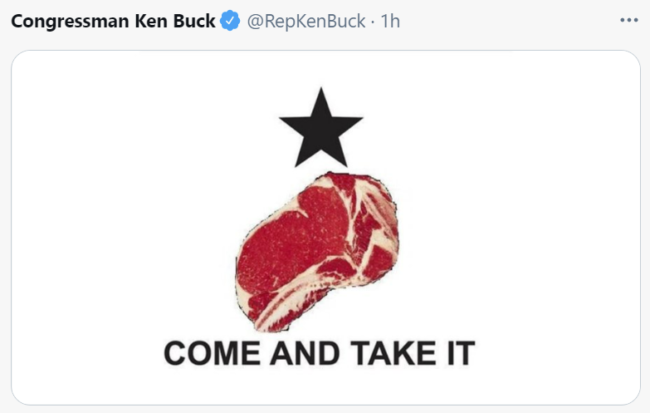 Marianne Goodland at the Colorado Springs Gazette reports on the latest tempest in an Instant Pot at the Colorado Capitol, a budding kerfluffle between Gov. Jared Polis and the Colorado Cattlemen’s Association fronted by Republican Sen. Jerry Sonnenberg of CAFO Country over Polis suggesting that a little less meat in Coloradans’ diets might be desirable:

Gov. Jared Polis has issued a proclamation naming March 20 “MeatOut Day,” and it’s a decision that is causing outrage among some in livestock organizations and rural Colorado counties…

The state doesn’t have a problem with people who want plant-based diets. But the national perception is that Colorado is against agriculture, [Sen. Jerry] Sonnenberg said. That includes a recent announcement by a Hereford (cattle) association. Sonnenberg said the association’s board is planning to vote on moving from the National Western Stock Show to a livestock show hosted at the same time in Oklahoma City. The association, according to Sonnenberg, said Polis’ proclamation for MeatOut Day was “the last straw.” 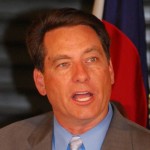 Sonnenberg says words have consequences especially when they’re the words of the governor.

It’s not the first time the governor, whose partner is vegan, has snubbed the beef industry. Sonnenberg recalled how Polis plugged Burger King’s meatless burger when it came out, even sending a bunch of them to the Department of Agriculture.

For the record, Gov. Polis’ proclamation of “MeatOut Day” does not call for the elimination of meat from the diets of Americans, which for many of us is a nonstarter. As for reducing consumption of meat in the world’s fourth-highest per capita meat consumer, there’s plenty of evidence to suggest that would be both ecologically and medically preferable. Either way, even if some Americans make healthier dietary choices for one day, there’s still going to be a strong demand for all the meat Colorado’s meat industry (just one segment of the state’s diverse agriculture industry) can churn out.

Sonnenberg noted comments made by Gov. Kevin Stitt, a Republican, who name-checked Colorado’s capital city in his State of the State address on Feb. 1. “The folks in Denver turned their back on the ag industry,” Stitts said. “They wouldn’t let them have their major national cattle show, because they insisted on keeping their state locked down. That put the stability of the U.S. beef industry in danger.”

We didn’t hear from Sonnenberg whether Gov. Kevin Stitt of Oklahoma had found a buyer for all that useless hydroxychloroquine he stockpiled, but Stitt is not exactly a credible authority on managing the COVID-19 pandemic–and now we’re talking about lockdowns, not “MeatOut Days,” and we see this is just another opportunity to grind the same old political axes.

As for “MeatIn Day,” the Cattlemen’s Association’s brilliant comeback to “MeatOut Day?”

The middle school boy in your family knows what to do (see title).