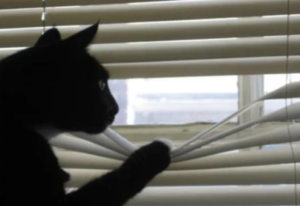 Be very afraid: Democrats are out there somewhere offering to work with you.

The 2023 Colorado legislative session kicked off on Monday with some of the newest Republican lawmakers doing the same old Republican things that led to their current micro-minority situation. The more we hear from House Republicans, the more it seems that the GOP is too dysfunctional to even accept invitations to work with Democrats.

The session began with eight Republicans in the State House voting against Democrat Julie McCluskie as House Speaker, which was a strange and pointless diversion from traditional decorum.

*Quick Background: The House Speaker in Colorado is selected in a caucus meeting after the November elections. Traditionally both parties cast perfunctory votes in favor of this person as a matter of decorum and for practical reasons, as well; the Colorado legislature is only in session for 120 days, so nobody wants to waste time arguing about a Speaker selection that has already been made. This was a particularly absurd challenge in 2023 given that Democrats outnumber Republicans 46-19 in the House of Representatives.

The bad news for House Republicans is that Democrats don’t NEED to work with them to get things done at the State Capitol. Democrats are nevertheless trying to honor the tradition of the majority party “getting its way” and the minority party “getting a say” in issue discussions. As The Colorado Sun noted on Tuesday, Republicans seem confused about their current predicament:

Here’s the question that may define the 2023 legislative session in the House: Democrats have signaled they are willing to bring Republicans into the conversation. But are Republicans willing to work with Democrats? Eight members of the House GOP caucus signaled “no” on Monday.

The takeaway: Democrats don’t have to work with the GOP to get their agenda passed this year. And Rep. Scott Bottoms and Rep. Ken DeGraaf on Monday gave them another reason not to bother.

In fact, it’s not clear that Republicans even WANT to participate in the 2023 legislative session in a meaningful way. We’ll get back to that in a moment. 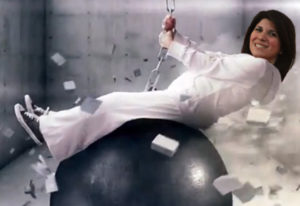 Assistant Minority Leader Rose Pugliese talked with George Brauchler on his KNUS radio show this week about what happened on Monday and the 2023 legislative session in general. That the #2 person in the GOP caucus is a freshman lawmaker really underscores just how bad things have gotten for Republicans in Colorado. Many of her comments reflected that lack of experience.

ROSE PUGLIESE: So, generally, historically…it has always been that the Speaker is nominated and then the minority party second[s] the nomination. That has always happened. Patrick Neville did it. Everyone has done it. And it’s a unanimous vote for the speaker.

Last year there was some dissension [Pols note: This was in 2021, not 2022] and Republicans decided they wanted to vote for a Republican. Which, you know what, I’m okay with. But there wasn’t really a plan around this one as there was last year. And so one of our freshman members, Representative Bottoms, threw his name in — which again, I respect anyone who wants to throw their hands up — but it it wasn’t an organized effort. There were no conversations around it. And I think we could have done better if we had been prepared. [Pols emphasis]

Pugliese is the Assistant Minority Leader. There are only 19 Republicans in the House. How hard could it be to call a meeting with everyone?

During her interview with “The Magnificent Putz,” Pugliese also trotted out the same old tired line of predicting “a lot of overreach this session.” Republicans in the legislature love to accuse Democrats of “overreach,” but that message doesn’t really work when the voters of Colorado just gave Democrats a massive mandate to follow through on their campaign promises. There are 100 total members of the state legislature; Colorado voters elected 69 Democrats. 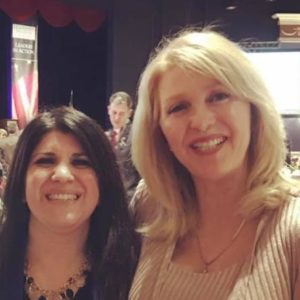 Silly rhetoric about “overreach” aside, Pugliese seemed to indicate to Brauchler that Republicans are too paranoid to even attempt to work with Democrats:

BRAUCHLER: Have you detected at all because of this significant minority position that the Republicans hold a difference in the way you’ve been treated by the Democrats? I mean, do you guys have like the kids table outside the big hearing room or do they even pretend that you’re there? I mean, what are we looking for to see whether or not you’re going to have the ability to even have a voice, let alone influence?

PUGLIESE: So, so far they’ve been outreaching a lot to us. And I would say the minority leader would agree, Mike Lynch, that, you know, they’ve been bringing us into the fold and trying to have the conversations and want their bills to be bipartisan, which I think we need to really watch and be careful of. [Pols emphasis]

But so far, they’ve been embracing, but they’ve also been very realistic in the expectations that they are going to do what they’re going to do. They have the votes. We don’t. The governor said that many a time. There’s just not enough of us to stop them.

Be careful, Rep. Pugliese! Those darned Democrats might trick you and your fellow Republicans into accomplishing something!

Pugliese and Minority Leader Mike Lynch will (theoretically) get a little smarter about working with Democrats as the legislative session grinds along. Or maybe they won’t. Democrats don’t need their help regardless, but if Republicans want to crawl out of their micro-minority in the House, they’ll first need to show voters that they can be functional members of an elected body of legislators.

So far, not so good.