Of Whores and Asswipes: The Colorado GOP Fractures Further 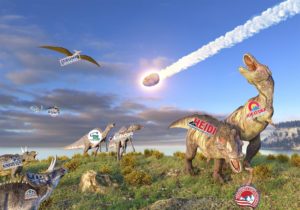 The Colorado Republican Party was already in the midst of a massive civil war even before the 2022 election inflicted unthinkable losses on the GOP. What has happened since has taken this internal conflict to an entirely new level. It’s like Infinity War, but in this case there are no heroes — only villains.

In case you missed it, Democrats won every statewide race last month by wide margins and added to supermajorities in the state legislature, where 69 of 100 total elected representatives now carry a ‘D’ next to their name. Democrat Adam Frisch even came within a few hundred votes of defeating Rep. Lauren Boebert in CO-03, a district that Donald Trump carried by 9 points in 2020. The Bluenami that swept through Colorado has resulted in some very grim assessments from longtime Republican fixtures. Soon-to-be former State Rep. Colin Larson of Jefferson County — who was in line to become House Minority Leader before he lost his own re-election bid to Democrat Tammy Story — called the 2022 election an “extinction-level event” for the Republican Party in Colorado.

So, naturally, right-wing Republicans have decided that the only way forward is to lurch even further to the right. A group of very loud and very angry Republicans rallied on Wednesday outside a Boot Barn store in Greenwood Village to scream their frustrations with the Colorado Republican Party and embattled Chairperson Kristi Burton Brown (KBB).

A far-right faction of Colorado’s conservative leaders launched an effort to take over the @ColoGOP today, gathering in a Boot Barn parking lot to lambaste current party leaders as “whores” and “asswipes.” @SteveStaeger reports for @nexton9news. #copolitics pic.twitter.com/ufPADovice 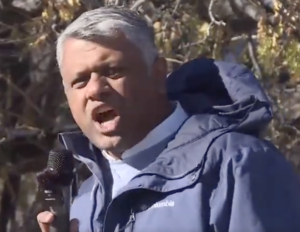 Anil Mathai, ranting outside the Boot Barn on Wednesday.

The “whores” and “asswipes” comments came from Anil Mathai, a former Adams County GOP chairperson, who blamed unnamed political consultants for taking their money and leaving Republicans with no victories to celebrate.

“We have a Republican Party that is full of whores. They listened to the consultants, right? They keep telling you about messaging, right? They are liars — they have done something different. They have not held to the Republican platform, which is conservative. They’ve not held to the U.S. Constitution. And then you wonder why these asswipes can’t win a race.” [Pols emphasis]

But let’s get back to the Boot Barn, where Ernest Luning has more for the publication formerly known as the Colorado Statesman:

“Our Republican Party leadership has failed us,” said Aaron Wood, an organizer of a press conference held across the street from state GOP headquarters in Greenwood Village. [Pols emphasis]

Wood, founder of the conservative Freedom Fathers group, and a dozen others took turns speaking from the bed of a pickup truck in the parking lot of a Western-wear retailer as roughly 100 supporters braved sub-freezing temperatures to hear their pleas to restore the state’s Republican Party to its conservative foundations.

Through a spokesman, Burton Brown declined to comment. Earlier on Wednesday, she said she plans to announce by the end of December whether she’s seeking a second term as state chair. 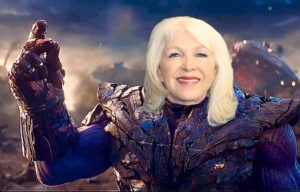 [Burton Brown was also busy on Wednesday issuing a legally-dubious demand for Frisch to “withdraw” as a candidate from CO-03 in order to prevent a MANDATORY RECOUNT as prescribed by Colorado statute. Frisch has already conceded to Boebert, but rather than staying quiet and enjoying one of the GOP’s rare victories, KBB felt compelled to vomit out a bunch of nonsense.]

In short, right-wing Republicans in Colorado have convinced themselves that the best way to win back voters in our state is to nominate candidates who are MORE extreme than the lot that got pummeled in November. This is sort of like trying to put out a fire by covering it with matches, but it’s also difficult to completely dismiss the idea considering just how poorly Republicans performed in 2022.

The first step for the right-wing base is finding a new leader. While KBB has apparently not yet decided whether she will seek re-election as State Party Chair in 2023 — and we have no idea how she could possibly make an argument for another term — our “Infinity War” theme continues with news that Mesa County Clerk and Recorder Tina Peters is interested in the job because she believes that Colorado is actually a “red state” (recent election results from 2022, 2020, 2018, and 2016 notwithstanding).

“We are not a blue state. We’re not even a purple state. We are a red state.”

A potential candidate for the party position blamed Burton Brown for Republican losses in the November election.

“Our country’s being taken away from us,” said Mesa County Clerk Tina Peters, who provided the pickup truck the speakers used as a podium. “It starts with the treachery of the GOP in our state. You know, there’s these speakers that are going to talk about the infractions of Kristi Burton Brown, the inactivity of Kristi Burton Brown, to stand up and inform the chairs in every county on how to come against the election fraud.” …

…Peters told Colorado Politics after she addressed the crowd that she’s open to running for state party chair.

“If the people ask me to, and if it’s the right thing, then I will do it,” she said. “But it has to come from the people.” [Pols emphasis]

Outgoing State Rep. Dave Williams — who lost a 2022 Primary Election in CO-05 to incumbent Doug Lamborn — is also considering a bid for State Party Chair. Former congressional candidate Erik Aadland is thinking about it as well, since he knows so much about how to win an election and all. But if Peters runs, she’s the odds-on favorite to win; the people who gave her topline on the SOS Primary ballot following last Spring’s Republican State Assembly are the same group of people who are going to show up to cast a vote for Party Chair.

Tina Peters is going to be like one of those old mafia dons running her “organization” (in this case the Colorado Republican Party) from a prison cell. This is unreal. 😂🤣😂🤣 #copolitics #cogop https://t.co/EAn0PgUMJE 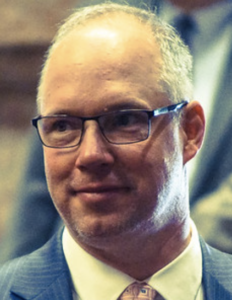 Peters has probably already decided to run for Chair; what she told Luning is basically the same thing she said before announcing her bid for Secretary of State in February. But she’s also going to be busy next year when her election tampering case goes to trial; coincidentally on Wednesday, news came out that a second former Peters employee named Sandra Brown has made a deal with prosecutors to testify against her old boss. It seems ridiculous that Peters might be running the Colorado Republican Party from a prison cell in 2024…but again, can things really get worse than they were in 2022?

If you’re waiting for some adults to get involved and prevent right-wing activists from blowing up what was already a box full of ashes, you had better get comfortable. Republican State Sen. Bob Rankin of Carbondale announced today that he is resigning from the State Senate as of January 10th. Rankin and former Republican State Sen. Kevin Priola were possibly the last remaining rationale actors in the upper chamber of the state legislature. Rankin is bouncing out entirely, while Priola decided to change parties and become a Democrat. If Rankin and Priola don’t even want to be Republican lawmakers, what sane person would want to be the State GOP chairperson for the next two years?

Colorado Republicans might have been able to prevent this timeline from becoming reality if they had clearly and forcibly rejected Trump and MAGA-ism after the Jan. 6, 2021 insurrection. Instead, they allowed someone like KBB to ride her support for election deniers all the way to becoming Chair of the State Republican Party. If you’re shocked that right-wing Republicans are now saying that KBB “hates America,” then you really haven’t been paying attention.

Once you give the inmates the keys to the asylum, you can’t very well expect them to lock up.