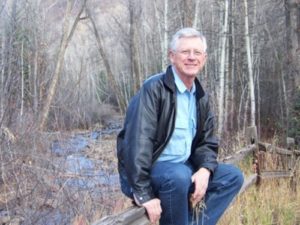 A press release from Colorado Senate Republicans a short while ago announces the imminent resignation of Sen. Bob Rankin, a member of the powerful bipartisan Joint Budget Committee and considered one of the last remaining functional members of the shrunken GOP minority:

Senator Rankin was appointed to serve in the State Senate in 2019 and reelected in 2020, having first been elected to the State House in 2012. Since 2015, Rankin served on the Joint Budget Committee.

“I have informed the Secretary of the Senate my intention to resign from the Colorado State Senate effective January 10th,” Rankin said. “After proudly serving this state for the past 10 years, I have made the decision to move forward with the next chapter of my life.”

“We are all incredibly grateful for Senator Rankin’s service to this state,” Minority Leader Cooke remarked. “His grit, integrity, and honesty is something every member of the General Assembly can aspire to. During his tenure, Bob championed responsible conservative fiscal policy to the benefit of every Colorado taxpayer. His commitment to this state and the people of Colorado will always be cherished. We wish Bob all the best in the next chapter of his life.”

Then-Rep. Rankin was appointed to his Senate seat to replace disgraced ex-Sen. Randy “Boob Grabber” Baumgardner, and at least in the goal of not further scandalizing the Senate minority Rankin was successful. Sen. Rankin’s resignation can fairly be considered bipartisan bad news, since he had a reputation for being one of the more affable Republican lawmakers under the Dome. Similar to Rep. Colin Larson before Larson’s unexpected defeat in November, it was assumed that Rankin would have a Senate leadership role had Republicans successfully flipped the chamber. You can’t call it a shock that Rankin had much less desire to serve in a 23-12 GOP minority with colleagues he would frequently need to apologize for.

Had Rankin wished, he could have followed Sen. Kevin Priola and either switched parties, or even taken the Kathleen Curry route and disaffiliated for the remainder of his term. But at this point, the only paths for the sane Republicans in Colorado following the wholesale destruction of 2022 lead out of the party or into retirement. In hindsight, Priola made the smartest bet of any Colorado Republican this year.

We wish Sen. Rankin well, and when he’s so inclined we expect he’ll have some good stories.