Lauren Boebert All In For Mentor Sarah Palin

One of the many oddities about freshman Colorado GOP walking talking cautionary tale Rep. Lauren Boebert is that she doesn’t generally endorse candidates in Colorado races–or it could be that Republicans don’t want Boebert’s endorsement. Either way, Boebert’s absence from the local Republican campaign circuit in 2022 has been as notable as her lack of tangible results for her constituents in two years of high-visibility low-productivity service.

But when it comes to Boebert’s arguably closest predecessor in the role of right-wing low-information bombast projector, former Alaska Gov. Sarah Palin, like her congressional bestie Rep. Matt Gaetz, Boebert has nothing but ride-or-die loyalty–even if Palin’s campaign bungled the rollout: 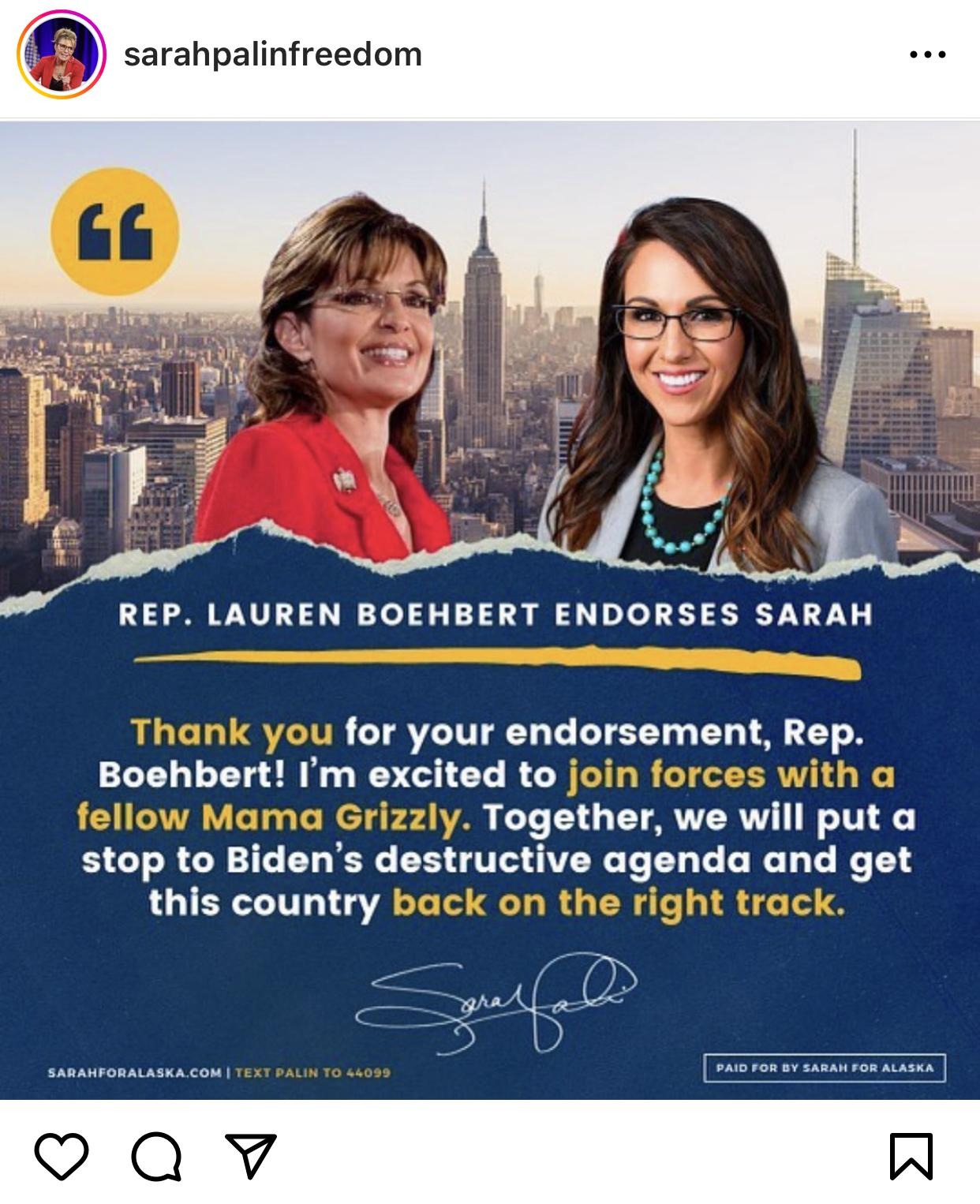 So, there are a few problems with this endorsement message, starting with the painful misspelling of Rep. Boebert’s name. The big one that’s confusing us is, can someone explain why “Mama Grizzly” Sarah Palin and the Rep. Boebert of Silt, Colorado are depicted against the New York City skyline? Does everything in the “Lower 48” look like New York City to Alaskans or something? And isn’t New York City a “no-go zone” overrun with Islamist terrorists and rainbow fentanyl?

Boebert may not be much help to Colorado Republicans, but she knows who her mentors are.