Bummer: The Most Obvious Fundraiser in America Cancelled 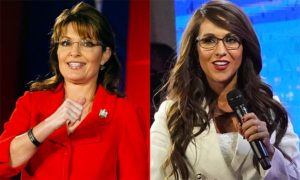 Colorado Congressperson Lauren “Q*Bert” Boebert was scheduled to be in Anchorage, Alaska on Saturday to be the special guest at a fundraiser for GOP Congressional candidate Sarah Palin.

Boebert is often considered to be something like the off-brand version of Palin, the former Alaska Governor who somehow ended up being Republican Presidential candidate John McCain’s running mate in 2008. “Caribou Barbie” was the original Boebert without the benefit of social media; indeed, it’s fair to say that Boebert built much of her current shtick off of the image that Palin created for herself in the years following her disastrous run as the Republican nominee for Vice President.

Alas, Saturday’s event was apparently cancelled for reasons that were not provided. Perhaps Boebert and her team of political “strategists” realized that it was a bad look to travel all the way to Alaska in late September when she has her own re-election campaign to worry about. Or maybe the event organizers were concerned that putting both women in the same place would create a tear in the space-time continuum and open a portal to a new dimension. Whatever the reason for the cancellation, here’s the original invitation as proof that this event was at least theoretically going to happen at one point: 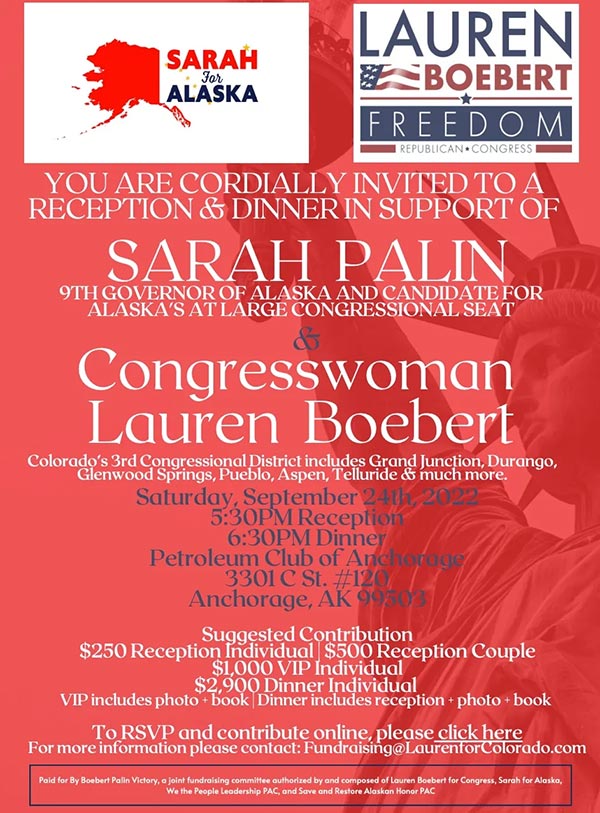