As we wrote earlier today, we’re getting to see more and more of the REAL Heidi Ganahl with just a few weeks left in the 2022 campaign cycle. As her odds of defeating incumbent Democrat Jared Polis continue to plummet, Ganahl is inversely becoming more emboldened to let her true freak flag fly untethered.

In fact, this late-October version of The Real Heidi Ganahl is getting difficult to keep up with. As soon as we had written our earlier post, we learned that Ganahl had launched herself into yet another ludicrous conspiracy theory.

Here’s the latest press release from the Ganahl for Governor campaign:

Heidi Ganahl, Colorado Republican Gubernatorial Candidate, has stated unequivocally that she will NOT require COVID-19 vaccinations for any child, regardless of Centers for Disease Control and Prevention (CDC) recommendations.

Today, the CDC’s independent advisory committee, the Advisory Committee on Immunization Practices (ACIP), will vote on whether to recommend updating the childhood immunization schedule to include the COVID vaccine. Regardless of their decision, and the possible recommendation of the CDC, Ganahl wants it made clear that, as governor, she will NOT mandate the COVID-19 vaccine for Colorado schools.

As Kyle Clark of 9News pointed out via Twitter, this is complete and utter nonsense:

It’s rare for GOP candidates in swing state Colorado to amplify Fox News/conservative Facebook messaging day after day, but the Ganahl campaign is giving it a try this year. #cogov #copolitics pic.twitter.com/ShP0nIuV9q 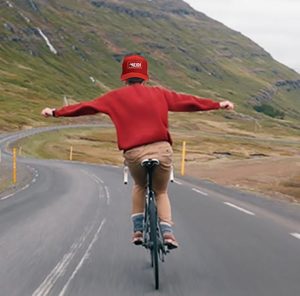 Here’s the story cited above from The Washington Post:

On Tuesday morning, a Fox News contributor claimed on Twitter that the Centers for Disease Control and Prevention was set to mandate that schoolchildren get coronavirus vaccines. By Tuesday evening, the claim was being repeated by the nation’s most popular cable news show, and had been amplified to millions more on social media.

“The CDC is about to add the Covid vaccine to the childhood immunization schedule, which would make the vax mandatory for kids to attend school,” host Tucker Carlson tweeted, sharing a segment from his show that has been viewed more than 1.5 million times online.

But the claim was wrong: The CDC cannot mandate that schoolchildren receive vaccines, a decision left up to states and jurisdictions, the agency and multiple public health officials said. [Pols emphasis] The initial tweet by Nicole Saphier, a radiologist at Memorial Sloan Kettering Cancer Center, also misconstrued a planned meeting of CDC advisers, who voted Wednesday to add coronavirus vaccines to the federal Vaccines for Children (VFC), a safety-net program that offers the shots at no cost. A separate meeting set for Thursday would address the agency’s immunization schedule for children.

Public health experts said there is a legitimate debate over whether schoolchildren should be required to be vaccinated against the coronavirus — but the incendiary and erroneous claim by the Fox News personalities is the latest example of how critics can twist the facts about the CDC and the coronavirus, potentially contributing to lower vaccination rates, fading trust in federal health officials and other consequences for public health. [Pols emphasis]

The Centers for Disease Control (CDC) did not — and was never planning to vote — on mandating COVID-19 vaccinations for children. But much like Ganahl’s inexplicable obsession with the widely-debunked claim that “furries” are invading Colorado schools, Ganahl and her campaign heard a right-wing rumor AND JUST RAN WITH IT.

This is an incredibly irresponsible thing for any adult human being to do, but it’s beyond the pale for a major party candidate for Governor to spread patently-false and easily verifiable misinformation in a desperate attempt to drum up a few more votes from the MAGA Republican types whose vote Ganahl does not need to still be searching for.

Perhaps Ganahl has decided that her reputation is so decimated that she is free to barf out every ridiculous right-wing rumor that she comes across in the final weeks before Election Day. It may even be true that Ganahl would be hard-pressed to make things any worse than they already are, but she is nevertheless causing very real damage to the Republican Party in general.

There are still plenty of voters who will be looking at Republican candidates on their ballot and consciously (or not) connecting the GOP’s top-of-ticket candidate to every other Republican on the ballot below her name. If we were one of those GOP candidates, we’d be extremely worried about what comes next.