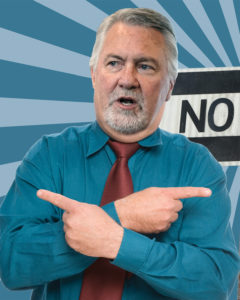 After successfully navigating the Republican U.S. Senate primary with an ambiguous and often contradictory message on abortion rights, Joe O’Dea stumbled definitively on the issue in August when he announced to a friendly conservative audience unbidden that he had voted for 2020’s Proposition 115: a 22-week abortion ban that made no exceptions for victims of rape or incest and severely restricted maternal health as a justification after that deadline. Proposition 115 failed at the polls in 2020 by nearly a 20-point margin, reaffirming Colorado’s support for medical abortion rights without political second-guessing.

Because Proposition 115’s restrictions on abortion were in obvious conflict with the now-reversed Roe v. Wade Supreme Court decision establishing federal abortion rights, would-be “Roe supporter” O’Dea was quickly forced to backpedal his support for the measure, saying “I didn’t look at all the nuances,” and more recently “I didn’t write that bill” to sidestep questions about support for a measure that by any honest analysis makes a liar of him.

And as the Colorado’s Sun’s Jesse Paul and Sandra Fish report today in the Unaffiliated newsletter:

Republican U.S. Senate candidate Joe O’Dea didn’t just vote for a 2020 ballot measure that would have banned abortions in Colorado after 22 weeks of pregnancy. He signed a petition to get Proposition 115 on the ballot that year.

O’Dea signed the petition on Feb. 26, 2020, according to documents from the Colorado Secretary of State’s Office that The Colorado Sun reviewed on Thursday.

His signature was the first below an explanation of what Proposition 115 would do: [Pols emphasis] “prohibiting an abortion when the probably gestational age of the fetus is at least 22 weeks and, in connection therewith, making it a misdemeanor punishable by a fine to perform or attempt to perform a prohibited abortion, except when the abortion is immediately required to save the life of the pregnant woman or when her life is physically threatened.”

The revelation further complicates O’Dea’s portrayal of himself as an abortion-rights Republican.

This is not a mistake that Joe O’Dea can just ride out until Election Day. Proposition 115 is fresh enough in the minds of Colorado voters that they still remember clearly voting it down. With abortion rights at the top of voters’ minds going into this year’s elections thanks to Roe’s repeal, the long-sought goal of O’Dea’s party, O’Dea’s promise to “bring balance to women’s rights” comes across like a threat instead.