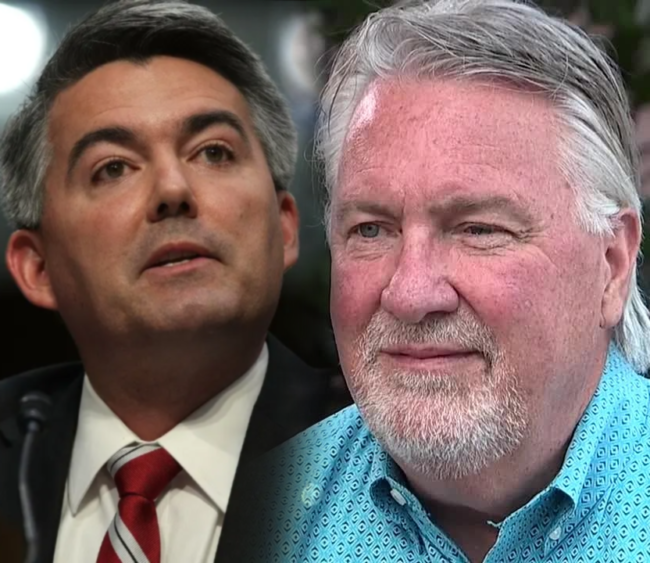 Axios’ John Frank, who wrote an in-depth story for the Colorado Sun about the “Cardboard Cory” grassroots campaign that helped unseat one-term wonder GOP Sen. Cory Gardner in 2020, is back today with a fresh look at 2022 GOP U.S. Senate candidate Joe O’Dea’s attempt to run in a similar lane as Gardner’s narrowly successful 2014 election–and why Democrats in 2022 believe they have the formula to overcome the tactics that worked for Gardner in 2014:

Eight years ago, Republican U.S. Senate candidate Cory Gardner pitched himself as a folksy outsider and hardworking moderate, drawing national praise and independent support on his path to unseating a Democratic incumbent in a midterm election.

Flash-forward: This year, Republican Joe O’Dea is charting a similar course. He casts himself as a moderate and “not a politician,” luring national attention and money in his bid to upset Democratic U.S. Sen. Michael Bennet.

But this time, Democrats are ready for him. [Pols emphasis]

In a state that has been trending steadily leftward as a result of migration from coastal states and urbanization of the Front Range corridor, we’ve written a great deal in this space about how Republicans have attempted to cope with this seemingly inexorable demographic shift away from any possibility of a majority coalition. With the Republican Party’s local brand suffering badly from the party’s march rightward nationally, first in reaction to Barack Obama and then in support of Donald Trump, Republican candidates seeking to win statewide have generally been forced to downplay or even pay lip service to opposing their own national party’s agenda.

That’s exactly what Cory Gardner did in his successful 2014 campaign, shamelessly reinventing his position on key issues like abortion and then daring his opponents to make an issue of it. Once Mark Udall did so, Gardner convinced the media that Udall was “obsessed” with the issue rather than addressing the substance of Udall’s criticism.

What’s missing in 2022 is evidence that this counter-brand strategy is working for Joe O’Dea:

The impact: Democrats’ moves have forced O’Dea to answer tough questions and clarify his stance on multiple issues. On abortion, he’s tried to appeal to both sides of the debate, and said he would bring “balance to women’s rights.”

Cory Gardner enraged his opponents (and reporters) with has unflappable evasions when confronted by issues he didn’t want to address. For all of Gardner’s faults, he would never have allowed a statement as self-destructive as Odea’s vow to bring “balance to women’s rights” to pass his lips. Since the Supreme Court decision just before the June 28th primary overturning Roe v. Wade, O’Dea has stumbled repeatedly on the issue of abortion rights by voluntarily taking ownership of Proposition 115, the 2020 abortion restriction measure, and then awkwardly walking back that support by claiming he didn’t “look at all the nuances” and more recently “I didn’t write that bill.”

It’s not just the political neophyte O’Dea’s inability to manage his own message, but also how the experience of Gardner has made voters wary in a way they were not in 2014. Gardner succeeded in a naive political climate in which conventional wisdom had been lulled into complacency by the presumption that issues like abortion rights were “settled” to a degree that not even a conservative Supreme Court would be able to roll them back. For years before and after Gardner’s 2014 election, the increasingly dire warnings from abortion rights activists that the unthinkable was playing out were ignored. By the fall of 2020, Cory Gardner’s votes to transform the Supreme Court into a body fully capable of repealing Roe had proven all of his defenders wrong (Gardner went on to lose by nearly 10 points to Democrat John Hickenlooper).

But for some reason, even Republicans are repeating this narrative. Here’s GOP “strategist” Matt Connelly being quoted by Axios:

“When you have someone like Cory or O’Dea, they were very successful in making their brand one of a Washington, D.C., outsider.”

Anyway, 2022 will not be a reprise of 2014, even if Republicans use the same playbook. The times have changed, and O’Dea hasn’t lived up to his billing as a candidate who can separate himself from the toxic Republican brand.