Ten years ago we went to the ballot box and passed the first-ever citizens-initiated renewable portfolio standard in the nation, Amendment 37.  Under the leadership of its bi-partisan co-chairs Mark Udall and Lola Spradley, the initiative put a solid foundation under what would emerge as Colorado's 'New Energy Economy'.  Today, Colorado enjoys the second-highest RPS in the nation, a 30% goal by 2020 (which will be met early).  Today, an estimated 4,000 Coloradans are employed our wind sector – almost 200 times more than the promised 22 permanent jobs that would be created by the Keystone pipeline – with nearly six billion dollars invested in wind projects across rural Colorado.

The net effects of those investments touch the lives of both rural and urban Coloradans each and every day: rural areas enjoy the bounty of the increased tax base, offering the opportunity to both lower local property taxes overall, and to provide new revenue streams for local economic development.  Urban consumers benefit from ever-decreasing costs of wholesale power to their investor-owned utility.  Rural counties are re-energized with the wind farm developments.

As an early supporter of the national agricultural alliance, "25x'25", Udall was instrumental in adding a 25% national renewable goal in to The Energy Independence and Security Act of 2007.  In the headwinds of conservative opposition to clean energy (including Congressman Gardner on ideological principles), Udall now champions a national renewable standard, "25x'25", which would create an estimated 300,000 new jobs, mostly in rural America,  provide $13.5 billion to farmers, ranchers and other landowners in the form of lease payments and add $11.5 billion in new local tax revenues.

It's important to understand the merits of good public policy, and Mark Udall is at the tip of that spear.  Wind energy is the cheapest form of renewable energy today; in the case of the expanding Cedar Point wind farm near Limon, the Vestas turbines stand tall; "Made in Colorado" turbines, planted on the Colorado Prairie, creating rural jobs while simultaneously generating Xcel Energy's cheapest power.  Being an early adopter of clean energy coupled with our successes in the Ritter Administration's  "New Energy Economy",  Colorado is well-poised to meet the proposed EPA emission standards with ease.

So when our state newspaper of record asks, "What has Mark Udall done for us lately?", it's as simple as looking at your utility bill – or the revenue statements from your county treasurer.   It would be hard to find a single, political initiative that has touched the daily lives of more Coloradans in a more positive way. 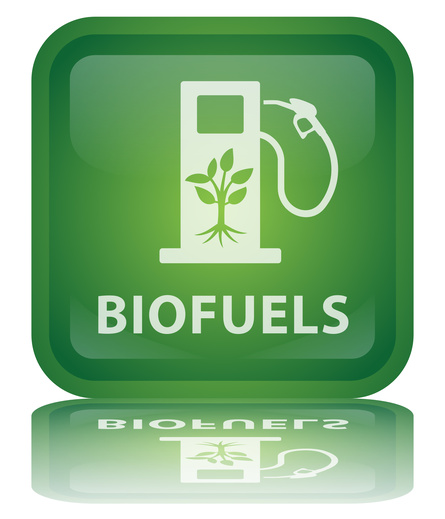 Earlier this year the Colorado Corn Growers Association thanked Udall for his support of the Renewable Fuel Standard.  The Senator signed letters with fellow colleagues, directed to the Environmental Protection Agency, urging the agency uphold the ethanol volume standards in the RFS as adopted by congress in 2007.  He was commended by CCGA for his efforts in defending the petroleum industry's push to gut the standard, citing "we should be moving forward with renewable energy, not retreating."

Once again, Mark Udall was at the "tip of the spear" in preserving our clean energy gains. A recent study by the University of Wisconsin reveals that our robust, domestic biofuel production sector has saved the average household  over $1,200 annually in fuel costs.  Once again, the benefits of sound public policy manifests itself.  Just as our focus on wind energy lured global giant Vestas to Colorado, our Front Range is now home to some of the most advanced, next-generation R&D biofuel companies on the planet.

So when our state newspaper of record asks, "What has Mark Udall done for us lately?" you have to look no further than your fuel pump or our rapidly-expanding Front Range hi-tech corridor that stretches from Ft. Collins to Boulder.

Udall, as a member of the  House Ag Committee member can be credited with supporting the inclusion of local food initiatives and farmers markets in the 2007 Farm Bill, and supported the use of EBT cards by SNAP participants at the markets, for the first time empowering those recipients access to nutritious, fresh food.

So when our state newspaper of record asks, "What has Mark Udall done for us lately?", look no further than your child's school lunch meal or the rapidly-expanding Farmers Markets across the country.

Udall took on the military's proposed plans to drastically expand their training grounds in southeastern Colorado by  eminent domain.  He demanded that GAO provide analysis to the blank check given the military by Congress; he demanded that the military justify the takings.  Last November the Army stepped back from its plan to expand the training site, drawing praise from those affected: in a statement they said they will ask the secretary of defense to cancel a permit the Army got in 2007 to expand the 365-square-mile Pinon Canyon Maneuver Site.

The move came after months of pressure from Senator Udall, who announced the Army's decision.

So when our state newspaper of record asks, "What has Mark Udall done for us lately?"  you can point to the landscape in southeastern Colorado, home to multi-generational farm and ranch families who can give a sigh of relief that they no longer fear eviction from their land.

Last month th Senate Majority proposed legislation to increase the minimum wage over time to $10.10 – an effort filibustered by Senate Republicans. Not surprisingly, a similar effort in the US House earlier  delivered us a "no" vote from every, single House Republican, including Congressman Gardner  It's worthy to note that in the votes leading up to the 2014 Farm Bill passage, Congressman Gardner voted to gut the Supplemental Nutrition Assistance Program (SNAP).  Not only is his own (and mine) Congressional district home to some of the highest childhood poverty rates in the state, Colorado has the second-fastest growing population of children living in poverty in the nation, only behind Nevada.

Thanks to the Democrats in the Senate, Gardner's attempt to gut food assistance failed.

So when our state newspaper of record asks, "What has Mark Udall done for us lately?", ask your friends who work full-time and still live in poverty what a difference a living wage might make in their lives; ask them if the food assistance to their children makes a difference?  Ask them if they see the irony in the fact that while Congressman Gardner's high-dollar funders have seen their wealth double under this current President, today this nation has over one-million homeless children.   For the vast majority of Americans the Laffer Curve isn't a source of levity, it's their nightmare.  Our sad reality is that Gardner, the Koch Brothers and Arthur Laffer are one in the same.

If you're interested in access to public lands you should also know the stark differences between the candidates.  While Gardner is squarely aligned with efforts by ALEC to return federal agricultural lands to states, Senator Udall has championed the preservation public lands, an idea borne by Teddy Roosevelt so that all may enjoy the grandest environmental treasures of this beautiful state – an idea abandoned wholesale by today's Republican party.

Although I'll conclude with my final point, climate change, this sadly is not an exclusive list of the Senators accomplishments.  They are simply the ones that have a direct affect on rural Colorado.  If you are a Coloradan who believes climate change is the challenge of our generation, if you believe we live in God's creation – and that stewardship is our duty – then again, the differences could not be more stark.  One candidate, Senator Udall, understands these risks – as does our military.  His opponent, Congressman Gardner, has signed "a pledge":  The Koch Brothers pledge, committing him to Congressional inaction.  If that wasn't enough, he assured participants at CPAC that Republicans are committed to defunding climate research.

The recent endorsement of Gardner by the Post advances the idea that we need to send the Congressman to the US Senate to bring forth new energy and ideas.  The facts are, Udall has been delivering the necessary energy and ideas on behalf of his Colorado constituents for years now.

We don't need to send someone new to the Senate Chamber.  We already enjoy the bounty of our current Senator's energy and leadership. Like seeds planted in fertile soil we are, today, yielding the harvest of Udall's vision.

That's a context even Gardner should understand.

Re-elect Mark Udall to the US Senate.