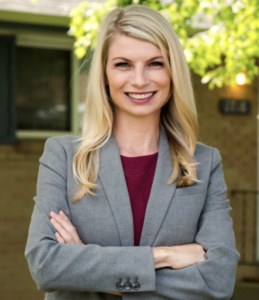 So far, so good for Democrat Brittany Pettersen

Every seat in the House of Representatives is on the ballot every two years, but not every seat will create a competitive race in a given district.

In Colorado, there are two districts that were believed to be more competitive than the rest in 2022*: CO-07 (Jefferson County to Cañon City, roughly) and CO-08 (Adams County and north of Greeley, roughly). At least, that was the prevailing wisdom a few months ago.

New spending numbers from the Democratic Congressional Campaign Committee (DCCC) were announced today, and only CO-08 made the list.

Republicans, meanwhile, are also spending money in CO-08 but NOT in CO-07.

The fact that neither Democrats nor Republicans are spending money (thus far, anyway) in CO-07 indicates that Democrat Brittany Pettersen is running well ahead of Republican Erik Aadland. We know this to be the case in candidate fundraising, but it’s likely also true in terms of internal polling. Anecdotally, Aadland has been all but invisible on the campaign trail and hasn’t managed to generate any sort of positive media coverage.

Meanwhile, we know from (limited) public polling in CO-08 that Democrat Yadira Caraveo and Republican “Secession” Barbara Kirkmeyer are running neck-and-neck. Caraveo might be in a better position at the moment, since Kirkmeyer has some trouble spots with her attacks on the FBI and her extreme-right position on abortion rights, but that’s likely why the National Republican Congressional Committee (NRCC) is spending heavily on television advertising in the district.

It ain’t over until it’s over in either of these two districts, but the trend lines are impossible to ignore.