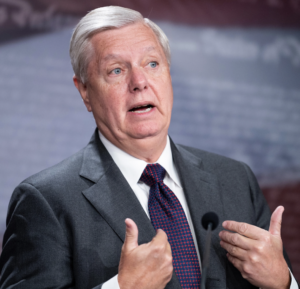 What has two thumbs and just screwed Colorado Republicans?

As Inae Oh reports for Mother Jones, South Carolina Republican Senator Lindsey Graham is going to make the final two months of the 2022 election considerably harder for many Republicans candidates in Colorado (and around the country):

Lindsey Graham is set to introduce a new bill to restrict abortion nationally, specifically banning the procedure after 15 weeks of pregnancy. [Pols emphasis]

This will mark the sixth time that the South Carolina governor has introduced legislation to restrict abortion at the federal level. The plan, which will be introduced Tuesday, has no chance of surviving a Democratic-controlled Senate; even if Republicans seize control of Congress, it would still likely face serious challenges, including an all-but-certain veto from the president.

But what’s interesting here is that by once again proposing nationwide abortion restrictions, Graham is reportedly hoping that the legislation will convince voters that the GOP is willing to make some concessions on the issue—that amid intense outrage, the Republican Party is not as cruel as the Democrats have been portraying. [Pols emphasis] But much of Graham’s logic here weaponizes the stigma, as well as the general misunderstanding of the term “late-term abortions,” and it’s difficult to see newly mobilized voters falling for it in our post-Roe landscape.

If a “15 week” abortion ban sounds familiar, it should: This is the same arbitrary restriction proposed by Mississippi lawmakers that led to the Dobbs v. Jackson Women’s Health Supreme Court decision in June that essentially overturned Roe v. Wade.

This bears repeating. Senator Graham is introducing a bill to ban abortion at 15 weeks of pregnancy — a timeline that has no scientific or medical basis whatsoever — that would create the same abortion restrictions as the Mississippi law that led to the destruction of federal abortion rights in the United States. Graham thinks that this will somehow be helpful to Republicans; he apparently didn’t get the memo that “nuance” is dead when it comes to abortion rights.

Graham’s legislation is a disaster for every Republican candidate in Colorado who is not running in a safe Republican district. Current elected officials, including Reps. Ken Buck (R-Greeleyish) and Doug Lamborn (R-Colorado Springs) have already signed on to the idea of making further abortion restrictions at a national level (so long, “state’s rights”). Here’s a short list of those 2022 candidates in Colorado who will find this to be particularly unhelpful in the weeks before Election Day on Nov. 8:

O’Dea has spent the last couple of months diligently trying to take every conceivable position possible on the issue of abortion rights, other than the only one that really matters: Supporting a woman’s right to choose. His latest answer on the subject is that he wants to go to Washington D.C. to “bring balance to women’s rights.”

O’Dea says that he would like to restrict abortions at an equally-arbitrary deadline of 20 weeks of pregnancy. It will be hard for O’Dea to argue that he would oppose Graham’s 15 week deadline given that his own 20 week deadline is not based on any tangible scientific evidence. 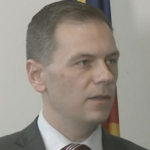 Kellner already screwed this up when he said out loud at a candidate forum in August that he considered himself “somebody who supports the Dobbs decision returning this back to the states to make a decision” and later couldn’t answer a ‘yes or no’ question about whether he supported a woman’s right to make her own reproductive decisions. But Graham’s bill destroys whatever wiggle room Kellner might have tried to hold onto because the concept of “state’s rights” would go out the window.

If a Congress were to approve Graham’s legislation, it’s tough to believe that Kellner would still work to protect abortion rights in Colorado if elected Attorney General. He could just say, Oh, I support state’s rights but Congress changed the law, so what are you gonna do?

Aadland is about as far right as you can get on the issue of abortion rights. He cheered the demise of Roe V. Wade and praised the Texas abortion law that basically made bounty hunters out of regular citizens who even heard the word “abortion” whispered by a neighbor.

Kirkmeyer has been one of Colorado’s most consistent anti-choice advocates for decades, but even she sees the political danger in talking about her position. Kirkmeyer opposes abortion for any reason. We don’t even need to ask if Kirkmeyer would vote YES on Graham’s bill if given the opportunity. She’s like political Thanos in this regard:

To be clear, Graham’s bill is bad for any Colorado Republican trying to finesse a position on abortion rights that is anything other than supporting a woman’s right to choose. Election after election, and poll after poll, have proved Colorado is an overwhelmingly pro-choice state — which is why dolts like GOP Lieutenant Governor candidate Danny Moore are trying to pretend reality is different. From The Colorado Sun’s “Unaffiliated” newsletter:

“The Republican Party is not trying to take away anybody’s right to choose,” Danny Moore, the Republican candidate for lieutenant governor [Pols emphasis], said last week on Jeff Fard’s interview show in response to a question about abortion. That statement comes despite the GOP’s efforts at the state Capitol and through ballot measures to restrict or outright ban abortions in Colorado. Moore said he thinks voters should decide Colorado’s abortion laws — even though they already have time and again through ballot measures — while criticizing the law passed by Democrats this year enshrining nearly unfettered abortion access in the state. (Heidi Ganahl, Moore’s running mate, wants to roll back Colorado’s new abortion-access bill and believes the procedure should be banned except in cases of rape, incest or when the life of a mother is at risk.)

Danny Moore is apparently unaware that many interviews with politicians are recorded or written down and are easily accessible to anyone with a connection to the Internet.