Can’t make this up: Joe O’Dea’s defense of his voting for the 2020 ballot measure on abortion that did not have exceptions for rape or incest was that he didn’t write it, he just voted for it #cosen #copolitics pic.twitter.com/fTMC7aRal7

These are the actual words from actual Senate candidate Joe O’Dea when pressed about his own admission that he voted YES on Prop. 115 in 2020 (which would have banned abortion at 22 weeks):

“I didn’t write that bill.”

What? How is this at all relevant? It was a ballot measure that YOU said you voted for.

We’re still waiting for the feature story, but last night 9NEWS’ Kyle Clark posted a clip from his long-awaited interview of Republican U.S. Senate candidate Joe O’Dea that brutally exposed O’Dea’s contradictions on key issues his campaign has tried to hard to outmaneuver: abortion rights, and running as a Republican in the era of Donald Trump.

Here’s the deal. I’m going to the Senate to negotiate a good bill that brings balance to women’s rights. [Pols emphasis] 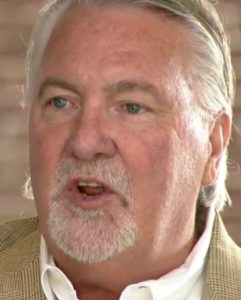 Take a seat, young lady, while Joe O’Dea “balances” your rights for you.

Joe O’Dea didn’t just come up with impromptu the slogan “bring balance to women’s rights.” This was almost certainly the product of careful deliberation between Joe O’Dea’s campaign team, where after thorough consideration of the potential pros and cons beinging “balance to women’s rights” was agreed to be the safest path forward for a candidate who just burned himself badly on the issue abortion rights by admitting support for a 2020 abortion restriction ballot measure that Colorado voters overwhelmingly rejected.

Unfortunately, Joe O’Dea’s senior staff is to the best of our knowledge comprised entirely of dudes.

The idea of Joe O’Dea mansplaining to the women voters of Colorado what exactly “balance” should consist of where it concerns their reproductive rights has left Democrats who have seen this interview quite giddy, since they’ve been trying to punch holes in the false narrative that O’Dea is a “pro-choice Republican” ever since O’Dea laid the claim. They couldn’t ask for a more damaging sound bite to accompany O’Dea’s pre-primary claim to be “personally very pro-life” with bringing “balance to women’s rights” in Mitch McConnell’s GOP-controlled Senate.

And if that wasn’t enough:

O’Dea describes himself as a moderate Republican who will work with Democratic leaders. When asked, O’Dea could not name any Biden policy blocked by Senate Republicans that he would support.

If you’re aware of how much legislation in the last two years had passed the Democratic-controlled U.S. House but then stalled out in the evenly divided Senate, especially considering O’Dea’s lip service to issues like marriage equality, this is almost as disqualifying for O’Dea as crowning himself the great “balancer” of women’s rights. Marriage equality, codifying abortion rights, voting rights, immigration reform–the list goes on and on. For O’Dea to say there’s nothing in the logjam of stalled legislation in the U.S. Senate he would support effectively negates his position on all of those issues.

And finally, O’Dea’s latest contortion on the question of supporting Donald Trump as the Republican presidential nominee in 2024:

In O’Dea’s first interview with 9NEWS since he launched his campaign 11 months ago, he backed off his pledge to vote for former President Trump if Trump is the 2024 nominee. O’Dea says he’d prefer someone else but would no longer say if he’d vote for Trump if he’s nominated.

In the video clip above O’Dea gets positively red-faced trying to wriggle out from this one– but after repeatedly stating that he would vote for Donald Trump if Trump wins the Republican nomination in 2024, O’Dea won’t say the words now to Kyle Clark.

After you’ve already said it, that’s the worst choice of all.

Conservatives frequently complain about Kyle Clark’s reporting, but in this case all Clark did was ask straightforward questions with logical follow-ups that took into account O’Dea’s prior statements on these issues. It’s remarkable how damaging that simple expository process can be for Republican candidates trying to overcome their intrinsically unpopular agenda.

Not only does the truth hurt, in the case of Republicans in 2022, nothing hurts more.