You Knew It: Joe O’Dea Shakes The Etch-a-Sketch On Trump

UPDATE #2: What the hell is going on here?

NEW: @ODeaForColorado campaign confirms O’Dea would still vote for Trump in 2024 if Trump is the Republican nominee. #copolitics #cosen https://t.co/mTAyfLux7c

And with that, Joe O’Dea walks back today’s walk-back of his prior support for Donald Trump.

What does it mean? Who knows, but Michael Bennet is the only one winning votes from this debacle.

We haven’t seen a candidate mace themselves in the face like this since former Democratic congressional candidate Levi Tillemann literally maced himself in the face in 2018.

UPDATE: 9NEWS’ Kyle Clark in search of a straight answer from Joe O’Dea:

I tried unsuccessfully to get O’Dea’s campaign to say whether O’Dea position has changed or whether O’Dea would still vote for Trump if he’s the nominee, even if he’d prefer a different Republican nominee. I’m trying again. 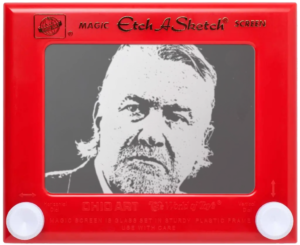 This morning on local AM radio host Ross Kaminsky’s friendly talk show, Colorado Republican U.S. Senate candidate Joe O’Dea made a move that we’ve been anticipating ever since he prevailed in the June 28th primary. After competing with state Rep. Ron Hanks down the stretch in the Republican primary by assuring the party faithful that he is supported by many of former President Donald Trump’s key officials, and explicitly promising Republican voters that he would support Trump as the nominee in 2024, O’Dea is race-walking these unpopular positions back faster than Cory Gardner can say “there is no federal personhood bill.”

“I wouldn’t support him running again”

O’Dea’s campaign will now commence disposing of all the evidence they control down the memory hole, much like Gardner did in 2014 when it came time to reinvent himself on abortion–so let’s take a moment to revisit just what a wholesale flip-flop this represents from pre-primary Joe O’Dea. In his June debate against state Rep. Ron Hanks hosted by the Colorado Sun and CBS4 Denver, O’Dea was very clear that despite a number of other potential candidates he liked, he would support Trump in 2024 as the presidential nominee:

SHAUN BOYD: Is former President Trump to blame, at least in part, for the January 6th riot at the U.S. Capitol? And Representative Hanks?

JOE O’DEA: Uh, no. But I believe he could have done a lot more to slow that process down. I was a little disappointed to see him go three and some hours before he told his people to stand down.

BOYD: Would you support Donald Trump if he runs for president in 2024 or would you like someone else to be the nominee, Mr. O’Dea?

O’DEA: Look, there’s a lotta really good candidates that can serve an eight-year term. I really like DeSantis. I like some of the other Republicans that are coming through. But if Donald Trump happens to be the Republican nominee, I definitely won’t vote for Biden or Pelosi, so that’s where I’d be. [Pols emphasis] 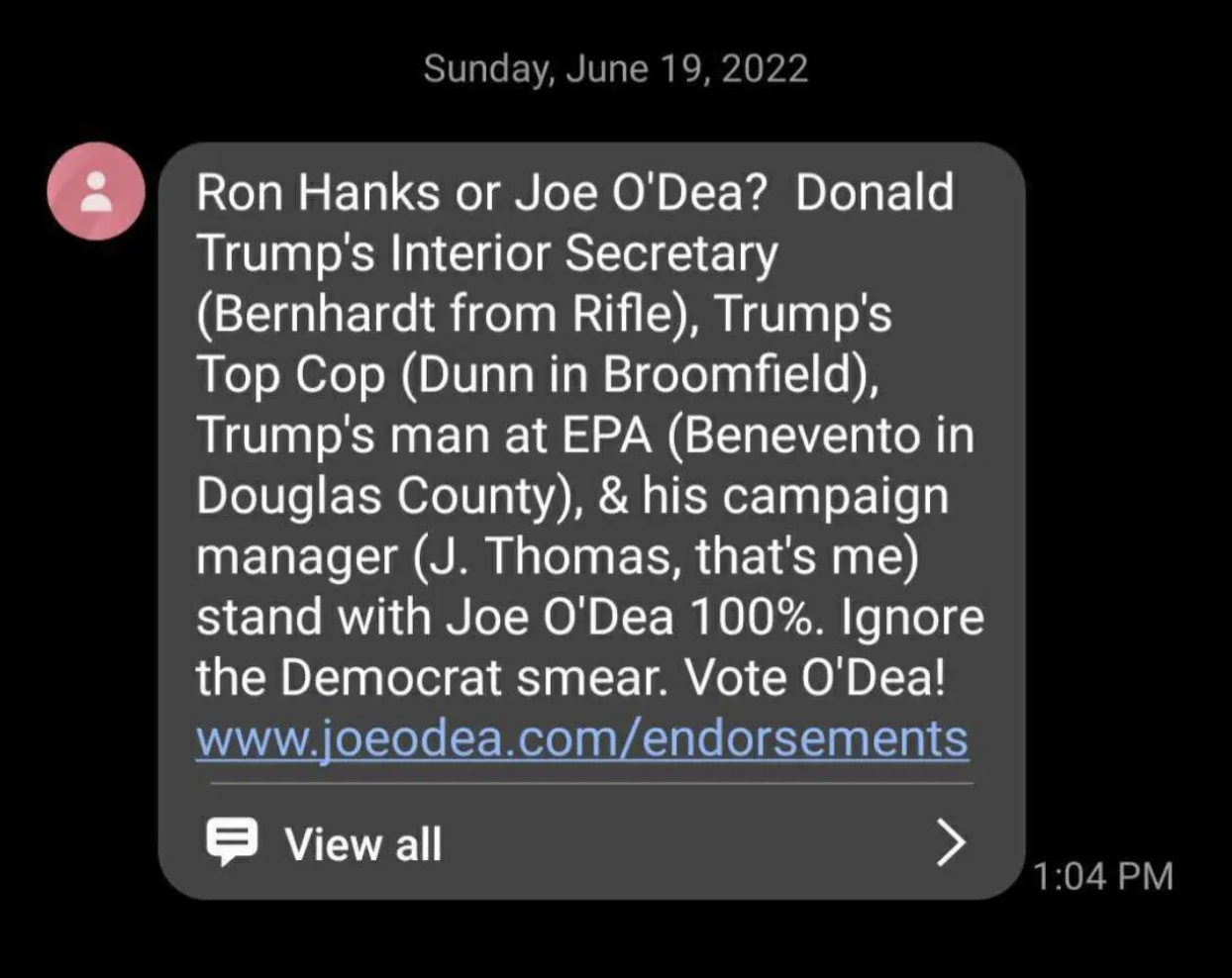 And then after the Republican primary on July 9th, O’Dea said much the same thing as he said before the primary: he’ll support Trump if Trump wins the GOP nomination in 2024:

FOX NEWS: There may be another run in the future for former President Trump and I’m sure you’re getting this question a lot. The Captiol riot hearings have been going on the last couple of weeks. Have you watched? Is it of concern to you? The things that are alleged of the former presidents conduct?

O’DEA: You know, I haven’t had time to watch any of that stuff. I had my head down here, running a campaign trying to make sure we got across the finish line here on Tuesday. So, there’s a lot of things that I agree with the President–the former President on, in fact his policies were really good. And I think that some of the things he did with China, with wages, with the economy, how can you argue with that? I also, there’s been quite a few candidates out there that, I look at DeSantis or a Noem, that could serve for 8 years, I think we gotta test the population, see what they want to do. But, you know, if it’s, if it’s going to be Biden and, and somebody else I’m going to vote against Biden, that’s what I’m going to do.

For all the undeserved credit O’Dea earned for defeating an even more avowedly pro-Trump candidate, the truth is that O’Dea could never have just outright stated that Trump shouldn’t run again before the June 28th primary. Especially after O’Dea admitted that he wasn’t following the January 6th hearings and praised Trump’s “really good” policies, there’s no way to justify O’Dea’s flip-flop other than a belated realization by his campaign that Trump’s deep unpopularity is an albatross around O’Dea’s neck too.

Because O’Dea is openly contradicting his own words from just a few short weeks ago, this abandonment of Trump is by far the least believable of any of O’Dea’s feints to the center to increase his competitiveness in our blue-trending state. Willful ignorance, which is what O’Dea’s defense boils down to when he claims he hasn’t followed the January 6th hearings, is no excuse. With the bitter experience of Colorado voters’ betrayal by Cory Gardner front of mind as Gardner’s Supreme Court dismantles once-settled freedoms, this flip-flop makes a compelling argument that no Colorado voter can trust Joe O’Dea.

And if that’s not bad enough, wait until Trump hears about this. O’Dea is on track to end this campaign with no friends at all.