UPDATE: Don’t take our word for it: 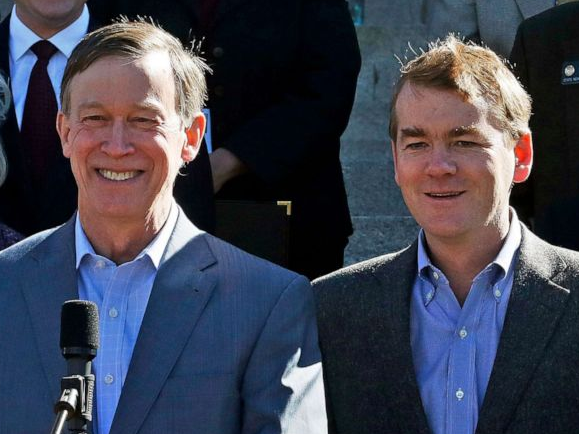 As the Washington Post reports, the hard-won long-sought reconciliation spending package once known as the Build Back Better Plan and officially now known as the banal-sounding Inflation Reduction Act, was signed into law this afternoon by President Joe Biden, capping off a dramatic turn of political fortune for Democrats in recent weeks:

At a bill signing ceremony in the State Dining Room of the White House, Biden praised the legislation as among the most significant measures in the history of the country.

“Let me say from the start: With this law, the American people won and the special interests lost,” Biden said.

His administration had begun amid “a dark time in America,” Biden added, citing the coronavirus pandemic, joblessness and threats to democracy.

“And yet we’ve not wavered, we’ve not flinched and we’ve not given in,” Biden said. “Instead, we’re delivering results for the American people. We didn’t tear down. We built up. We didn’t look back. We look forward. And today — today offers further proof that the soul of America is vibrant, the future of America is bright, and the promise of America is real.”

With signing of this overwhelmingly popular spending package into law, Democrats have the opportunity to put closure on two years of struggle in which much more was achieved than the Biden administration gets popular credit for, such as the infrastructure bill passed right after the 2021 midterms–a win that didn’t resonate politically in the moment after being delinked under pressure from the passage of the larger spending plan on health care and climate change known as Build Back Better. What America got today, thanks in significant part to the patient work of Colorado’s U.S. Senators, was enough of Build Back Better for Democrats to return to their districts with a long list of campaign promises they thought were unattainable kept.

In light of all of this, we will henceforth refer to the so-called Inflation Reduction Act as the BFD Act. It’s not all of Build Back Better, but it’s still, as Joe Biden once said famously about Obamacare, “a big f—ing deal.”

Partisan Republicans will disagree of course–and the one in Colorado who might have benefited politically from crossing over to the winning side, U.S. Senate candidate Joe O’Dea, felt obliged to put party and Mitch McConnell first. So while the majority of Americans celebrate having a government once more capable of minimally getting stuff done, O’Dea is left to sulk with his party of fringe naysayers and dismal poll numbers.

Them’s the breaks when you bet against America.