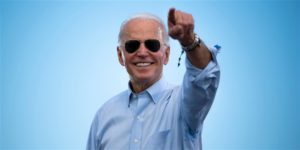 In other news not related to the potential theft of nuclear secrets by a former President, the House of Representatives did a very important thing today.

House Democrats on Friday approved a sprawling bill to lower prescription drug costs, address global warming, raise taxes on some billion-dollar corporations and reduce the federal deficit, sending to President Biden the long-delayed, last component of his economic agenda in time for this year’s elections.

The 220-207 vote marked the culmination of roughly a year and a half of debate that at times pitted the party’s lawmakers against each other, revealing Democrats’ fierce ideological divides. In the end, though, the often-fractious caucus banded together to overcome unanimous Republican opposition, adopting a measure to improve Americans’ finances originally premised on Biden’s 2020 campaign pledge to “build back better.”

The bill, known as the Inflation Reduction Act of 2022, secures the largest-ever investment to tackle climate change, with roughly $370 billion dedicated to curbing harmful emissions and promoting green technology. The bill also moves to cap and lower seniors’ drug costs while sparing about 13 million low- and middle-income Americans from increases in their insurance premiums that otherwise would occur next year.

President Biden — you know, the one NOT being investigated for violating the Espionage Act — is expected to sign the bill into law as soon as this weekend.