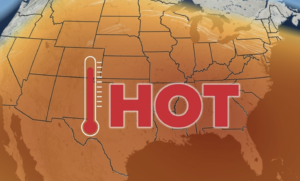 The short version of Summer 2022

Today President Biden is expected to sign into law the Inflation Reduction Act, which (among other things) includes the most significant investment in combatting Climate Change in the history of history — $375 billion over the next ten years.

The bill was pushed through in the Senate with a significant lift from Colorado Senators John Hickenlooper and Michael Bennet; the involvement of Bennet has naturally become a significant election issue, with his Republican opponent Joe O’Dea stating flatly that “I didn’t see anything in there that I like” when asked about the final passage of the bill. But the issue of Climate Change isn’t just confined to federal races this fall.

As David Gelles of The New York Times wrote last week, Republican State Treasurers are joining forces across the country in an effort to fight back against proposed policy changes for dealing with Climate Change:

Nearly two dozen Republican state treasurers around the country are working to thwart climate action on state and federal levels, fighting regulations that would make clear the economic risks posed by a warming world, lobbying against climate-minded nominees to key federal posts and using the tax dollars they control to punish companies that want to reduce greenhouse gas emissions.

Over the past year, treasurers in nearly half the United States have been coordinating tactics and talking points, meeting in private and cheering each other in public as part of a well-funded campaign to protect the fossil fuel companies that bolster their local economies. [Pols emphasis]

Last week, Riley Moore, the treasurer of West Virginia, announced that several major banks — including Goldman Sachs, JPMorgan and Wells Fargo — would be barred from government contracts with his state because they are reducing their investments in coal, the dirtiest fossil fuel.

Mr. Moore and the treasurers of Louisiana and Arkansas have pulled more than $700 million out of BlackRock, the world’s largest investment manager, over objections that the firm is too focused on environmental issues. At the same time, the treasurers of Utah and Idaho are pressuring the private sector to drop climate action and other causes they label as “woke.”

And treasurers from Pennsylvania, Arizona and Oklahoma joined a larger campaign to thwart the nominations of federal regulators who wanted to require that banks, funds and companies disclose the financial risks posed by a warming planet.

As Gelles explains, this effort is largely being coordinated by a Kansas-based organization called the “State Financial Officers Foundation,” with assistance from well-known right-wing organizations such as the Heritage Foundation, the Heartland Institute and the American Petroleum Institute.

“I condemn the partisan politics on display in this gross misappropriation of power,” said Colorado State Treasurer Dave Young. “As Treasurer, I have never and will never use the power that the people of Colorado have entrusted me with to block climate action.

“This is a direct reaction to the work that other Democratic Treasurers and I have been doing to ensure we are working toward a sustainable future.”

Colorado Republicans in general have been avoiding the topic of Climate Change as much as possible. That silence includes Lang Sias, the Republican nominee for State Treasurer and perpetual candidate for the GOP who is still working out the locations of various cities in Colorado.

We do know that Sias helped carry water for the Heartland Institute during his single term in the state legislature, and his voting record during his brief time in the state legislature provides some insight into his Climate Change positions. Sias voted against holding oil and gas producers liable for damages resulting from drilling, leaks or spills; he also opposed legislation targeting greenhouse gas emission reduction goals.

In fact, Conservation Colorado gave Sias a 10% lifetime voting record on environmental issues, so we can probably safely assume that Sias would be interest in joining up with other GOP State Treasurers in fighting against efforts to reduce the impacts of Climate Change.

Climate Change is an issue that affects everyone, everywhere — including the office of State Treasurer. If you need a simple way to explain to friends or family about who you plan to support in the race for Treasurer, this is a great place to start.